If millions of jobs aren't coming back, then we need universal basic income. 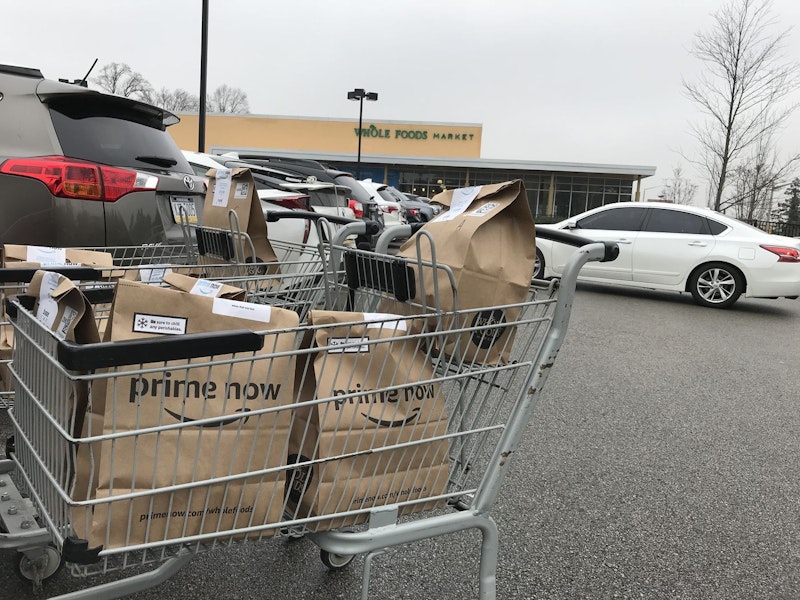 The COVID pandemic was always going to bring an economic crash. That was never in doubt. Whether it’d forever change the world economy was more uncertain, and still is. Either way, it’s odd that some of the voices you might expect to champion the free market’s ability to cope with the pandemic-inspired downturn are instead arguing that the market has to be protected from the new conditions the disease has brought.

At the extreme is Texas Lt. Gov. Dan Patrick’s March 23 statement that not only should all government restrictions on economic activity stop, but seniors like himself should be willing to sacrifice their lives for the good of the economy. That’s an outlier, but messages to consumers to spend are common, and so is the idea that governments should avoid imposing lockdowns for the sake of the economy. In early October, after leaving hospital, Donald Trump tweeted, “Don't be afraid of COVID. Don’t let it dominate your life.”

This misreads the nature of the crisis. COVID’s ushered in a new world, lockdowns or no, for at least the next year. Once movie theaters and restaurants and stores reopened, business was still down from pre-COVID days. People aren’t eager to go out when there’s a deadly pandemic circulating with them. A disease isn’t something you can overcome by not being afraid. People staying home and not spending money is what you might call rational people acting in rational self-interest.

Or, put another way, this is the market making a statement: under current conditions, a lot of business models are not as profitable as they used to be. Business owners can change their model (as when restaurateurs add delivery or takeout service), or hope conditions change. But consumers have changed their behavior, and there’s not much anyone can do about it.

Consider Sweden, which notoriously chose not to order legally-binding lockdowns—until Monday, when it outlawed gatherings of eight or more people. Whatever the public health consequences of Sweden’s earlier approach, though, it hasn’t helped its economy much. Swedes aren’t going out much more than people in other countries, as measured by cell phone data. The country’s economic hit from COVID looks a bit better than Europe in general, but worse than other Nordic countries.

Lockdowns aren’t the main driver of economic change during the pandemic. You could argue they’re economically a good idea: they won’t make things much worse in the near term, and might prevent the damage from large numbers of people dying or suffering long-term affliction. Either way, the COVID economy has to be considered apart from nostalgia for the way the world used to be before the middle of March 2020. If nothing else, some of its changes may be permanent.

For example, COVID’s encouraged work-from-home policies, with a lot of knock-on ramifications for real estate and any number of other industries: the hotels and dry cleaners and all the businesses in downtown cores that support workers who’ve suddenly stopped spending time outside the home. Maybe workers will end up returning to downtowns after a vaccine’s widely available. Maybe they won’t.

But if people work from home more, in the long run isn’t that more efficient? If people travel less for business, and their business doesn’t suffer as a result, doesn’t that mean the travel was always unnecessary? Then: is COVID spurring a reduction in waste? And is it encouraging businesses to embrace technology they’d been slow to exploit previously?

Life is going to change even if a perfectly effective vaccine’s discovered tomorrow. Some businesses will close, and jobs will be lost. If we can trust the free market, then the people who lose jobs and shutter businesses will be able to find new employment or start new businesses.

I have my doubts about all of that (personally I’d rather see government support individuals and businesses while society locks down as needed), but I’m surprised how many on the right also doubt it; you’d think they’d see these times as a chance for the free market to demonstrate its flexibility and creativity. The old economy’s been disrupted, but if disruption’s celebrated when companies like Uber and Amazon do it, why not also celebrate it when it comes from mass changes of economic behavior—from the bottom up, instead of from tech-bros down?

“The economy” is, in a general sense, a way to measure the ways in which goods and services are created and provided. COVID has changed demand for what goods and what services are needed. Why not accept it?

And what if this is the point where we have to accept that the volume of jobs available isn’t what it once was? What if this is when we have to acknowledge we can get by with a lot fewer people in the workforce, as a percentage of population? Maybe the creativity of the market will have an answer for that. Otherwise, the age of universal basic income will be here.