The Man With the Crusty Paw 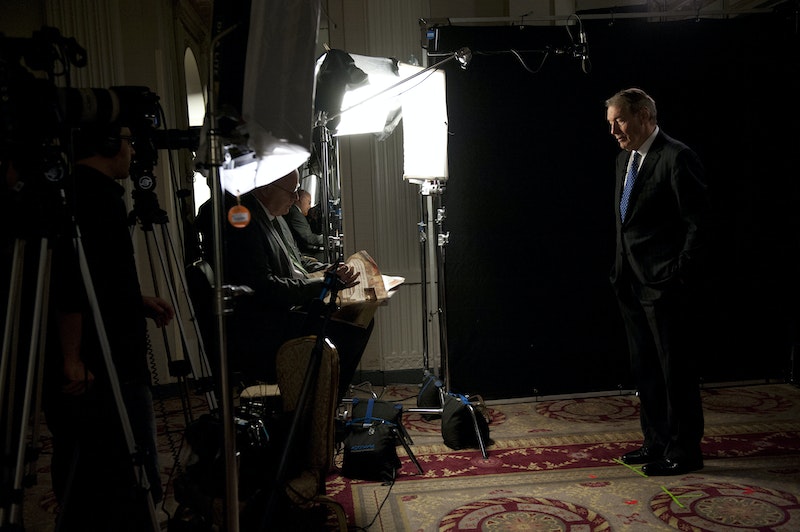 I saw Charlie Rose as somebody who’d give long and unwanted instructions for recipes the captive listener never wanted to cook. He’d twit young staffers about purported faults in word use (“very unique,” perhaps, though I agree that’s a bad one) and then mix up who had said what, so that Stacy would get a sly ribbing for something Miranda had said a few weeks before. Rose’s high-testosterone moments might involve photos of his boat, which he’d whip out on the pretext of discussing craftsmanship and pride in work. Or he might relive the argument he’d won with the contractor about retiling the patio at his Long Island place. Everybody would have to listen, as at the staff meetings where he read aloud (I imagine) from a book of Marcus Aurelius quotes.

Or doesn’t Rose have a grandchild? When the kid was five or six, people at work had to put up with Rose telling them the kids’ little sayings, the tot’s puns and malapropisms—that would’ve been my guess. Rose might go from desk to desk of a  morning, making the rounds with the same story, and you’d hear it coming toward you. Then, in mid-afternoon, he’d drop a quip that was based on the story, and he’d pout because you were thinking about something else. But then he’d forget. He held no grudges. He got in the way and had to be humored, but that was all.

He was a big goof. That’s the Charlie Rose I pictured from watching TV. In reality he was a big goof who thought people ought to see his wig-wag. This seems to me like a baby boom twist upon, or amplification of, the age-old problem of life with elderly duffers. Self-involved senility has gone rock and roll, the way stand-up comedy did 40 years ago. Yes, duffers have long pestered young gals, but I gather from Playboy cartoons that previous methods involved dangling mink items and pearl necklaces. Rose went in for a break-on-through, let’s-get-hairy approach that depended on the appeal of his withered hams and hypothetical sexual energy. “I always thought I was pursuing shared feelings,” says the man who was in his 60s when he called up a girl of 21 to talk about his sex fantasies. It’s gross and pathetic, it’s intrusive and callous. It’s also very optimistic. In fact, it’s delusional, in the way that the baby boom has proved delusional about the limits of nature. When they got Viagara, the boomers thought the lid was off at last and everything was gonna rock. Then came Iraq and the derivatives market, and somewhere on the sidelines a weathered Charlie Rose chased bare-legged girls with recent media degrees. He thought 70 was the new 29. Nobody could tell him he wasn’t hot stuff, and now this. It’s called nature’s reckoning.

Office humor produces little that’s worth hearing, but “the Crusty Paw” is a gem. That was the name the girls gave the touch of Charlie’s unwanted backrubs. I think the phrase will come in handy: it captures the shock of somebody’s despised digits lumbering aboard one’s person. The somebody is old, of course, and contempt for age comes through in the phrase. Well, so it must be when old people have to get their hands on young people.

We have another phrase thanks to this scandal. I predict that “Charlie Rose” will become a byword for the decrepit office letch who sniffs around the young women. If the tide really is shifting and that behavior is getting hunted out, people will need a name for the thing being hunted. “Charlie Rose” comes in handy, and let that be the windbag’s legacy.