As a mother, I can’t accept that the world is going to end. It isn’t. 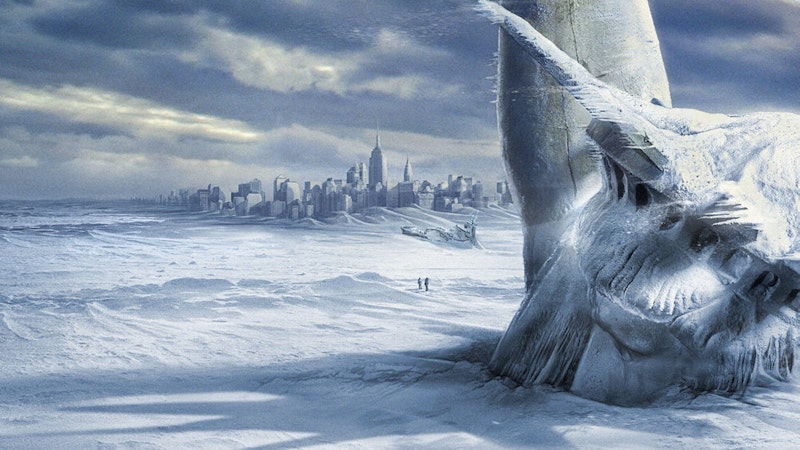 Vice published an article last week headlined, “New Report Suggests ‘High Likelihood of Human Civilization Coming to an End’ Starting in 2050." Nafeez Ahmed wrote that a three-degree temperature rise (in Celsius, for some reason) around the globe would be catastrophic: “The results would be devastating. Some one billion people would be forced to attempt to relocate from unlivable conditions, and two billion would face scarcity of water supplies. Agriculture would collapse in the sub-tropics, and food production would suffer dramatically worldwide. The internal cohesion of nation-states like the US and China would unravel.”

I usually vote Democrat, but I think this is fake news. Why would they tell us the world is going to end? How does that help capitalism? News like this certainly doesn’t make me want to get out of bed in the morning. Why bother to have kids if we’re bringing them into the world just to have them grow up around wildfires, tornados, floods, and tsunamis? How am I supposed to tell my son that when he’s 30, he’s going to die? We don’t have a lot of money, we get by, but I’m not one of the “super rich” that articles like these always refer to. Along with millions if not billions of other people, I’m going to have to move inland. They say it’ll be hell on earth.

This is a scientist named Spratt: “A high-end 2050 scenario finds a world in social breakdown and outright chaos… But a short window of opportunity exists for an emergency, global mobilization of resources, in which the logistical and planning experiences of the national security sector could play a valuable role.”

Okay, how can I help out? Is there an organization I can donate money to and gather what resources I can for this “global mobilization” to save the world? I feel like I’m being tricked. The news never talks about the weather like this and if the world was really going to become an apocalyptic nightmare in 31 years, wouldn’t the “elites” be freaking out, too? Does Anderson Cooper ever talk about climate change on his show? Sean Hannity? Rachel Maddow? They’re stuck on Russia, a subject ALL of my “friends” are obsessed with—I’m not.

Shouldn’t they be panicking about sending their kids to pre-school knowing they won’t live to see 40, if that? I just feel like stuff like this would be more of a major international news story than a predictable biannual article that goes viral. Some people talk about it for a day and then move on.

I love my son too much to imagine a world he can’t live in. I know the earth will be fine forever because I love him, and that’s enough. Sometimes, that’s enough. Does anyone remember “hope”? I hope Joe Biden becomes the Democratic nominee; if you ask me he’s the only man that can win. No woman can, trust me. I like him, and he makes me feel safe. “Uncle Joe” is kind of a corny nickname, and he has behaved inappropriately before, but he’s apologized, and there’s no way he’s as bad as Trump. I think Uncle Joe cares enough about us that he’ll lead the world in whatever we have to do to save ourselves, if we even have to. I’m still not convinced.