Three Years to Flatten the Civilization

Temporary measures tend to be forever. 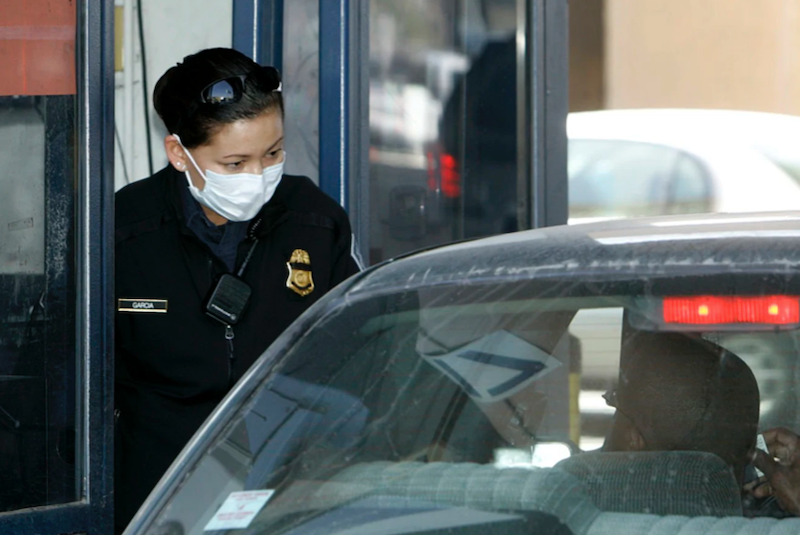 Despite the blind arrogance with which our pro-regulation neighbors assured us three years ago that it’d take only a couple of weeks of masking and lockdowns to slow this plague enough to resume normal life—and that anyone who objected to such measures was a greedy, death-loving psychopath—we currently face talk of kicking off 2023 with a new round of restrictions on travel and life.

Remember not so long ago when it was unclear if they’d even let people move freely between states within the U.S.? If they start telling people not to travel again, at least I’ll already have escaped New York City a couple of times before hunkering down again, having recently visited friends in New England and DC. Here’s hoping such jaunts are routine in 2023.

If my state (New York) and city (also New York) impose more onerous restrictions than the rest of the country, though, it’ll hardly be a surprise. While much of the world is growing more comfortable admitting that the statistics on the severity of the disease and the efficacy of counter-measures have been ambiguous, and thus that hesitation among officials about issuing more mandates may be warranted, this state and city are by instinct places of pig-headed certainty and draconian measures—and not just about one disease.

This is, for instance, a state where Gov. Kathy Hochul says it’s “clear” to her that a recent cold snap is the result of “climate change” (usually blamed for warmth and never tied to individual weather events by cautious analysts). This, too, is a city where Mayor Eric Adams dismisses concerns about the costs and benefits of ever-increasing surveillance by telling an interviewer, in an Orwellian reversal of Orwell, “Big Brother is protecting you.” If there’s a way to restrict liberty, the Big Apple will find it, and liberals here will sanctimoniously vote for it, chiding the rest of the world for not following suit.

Then for an encore, Hochul, who once said right-wingers aren’t welcome in this state, may turn around and lament, as she has recently, that New York really ought to do something to reverse the baffling outflow of population it has been experiencing.

Before giggling too hard at the dumb leftists of the Northeast, though, right-wingers might want to iron out some inconsistencies in their own philosophy. If the right can see the advantages of populations fleeing to freer places and think anti-plague measures have been too onerous, they shouldn’t be celebrating the Supreme Court’s temporary continuation of the regulation called Title 42, which makes it easier to expel would-be immigrants during times of heightened concern about contagious disease. If panicking and forbidding people to travel are stupid overreactions up North, they’re also stupid overreactions down South.

The last thing we need after a few years of intense political tribalism is the pretense outsiders are inherently unclean. Our political culture is already veering back toward the sort of century-ago public hygiene obsessions that fueled the rise of both fascism and our hyper-regulatory public health system. Let’s not run through the streets in mobs shouting “Unclean! Unclean!” while we still retain some capacity for reason.

Luckily, despite the way the populist right has lately jumbled the two impulses up together, people can still embrace political decentralization without embracing a mania for purity. In Canada, the national government’s inclination to be very intrusive and draconian about anti-disease edicts is fueling increased political separatist sentiments in the more laissez-faire western part of the country. Good for the west! Perhaps Canada will beat us to the sort of “national divorce” for which many of our own right-populists long.

By contrast, look to China if you want to see a place that emphasizes national unity, obedience to regulation, and rule by (alleged) statistics, a term that means the numbers of the state. One big number thrown around there lately is 250 million, the number of people supposedly now testing positive for the most regulation-spurring plague of the past few years despite all their efforts, about a sixth of their population. By recent logic, is there really any restriction on human liberty that can’t be rationalized by throwing around plague numbers that large?

Liberty requires some clarity about what people’s rights and government’s limits are, but all that easily gets lost in the murk of shifting plague statistics lately. It has been two weeks now since GOG, as I’ll call it, disappeared one of my columns from search results. I’ll likely never know if it was over a brief, vague allusion to plague matters. How will the column you’re reading right now fare if I end by mentioning various controversial, alleged, in some cases probably at least slightly wrong statistics about the current plague?

Will you ever find this column if I mention that as of late-February 2022, some UK health authorities were claiming (though we’ve since been told no one ever meant this literally) that by some miracle there were about zero cases of flu in the 2021 season but an awful lot of “presumed COVID-19” cases, including deaths, suggesting to some that the biggest plague in a century might yet prove, while not merely a rounding error, to have been partly a renaming?

Will you see this column if I simply mention that the current plague has remained, despite constant attention to exceptions, largely a death threat to already-ill people in their eighties or so, as can be extrapolated from the CDC’s own stats?

At this late date, can I mention the Journal of Science, Public Health Policy & Law’s peer-reviewed study back in October 2020 showing the CDC altered data collection rules in an unprecedented way to make it acceptable to attribute all deaths of people who had the current plague to the current plague even if there were comorbidities, which, in contrast to at least the prior 17 years, were treated as mere secondary conditions if the presence of the plague-of-the-moment were “suspected or confirmed.” (Using the old method of counting instead of the broad newer one, deaths from the politically-emphasized plague at the time of the study reportedly plummeted from 160,000 to 9000.)

But the question has long since ceased to be what the precise real numbers are in all this, a question that may be unanswerable, and is instead whether and for how long humanity must continue holding its breath while the authorities—scientific, governmental, or technological—continue sorting it all out to their satisfaction.