Tampons In the Men’s Room

I understand why people don’t believe the news. Even my own articles! 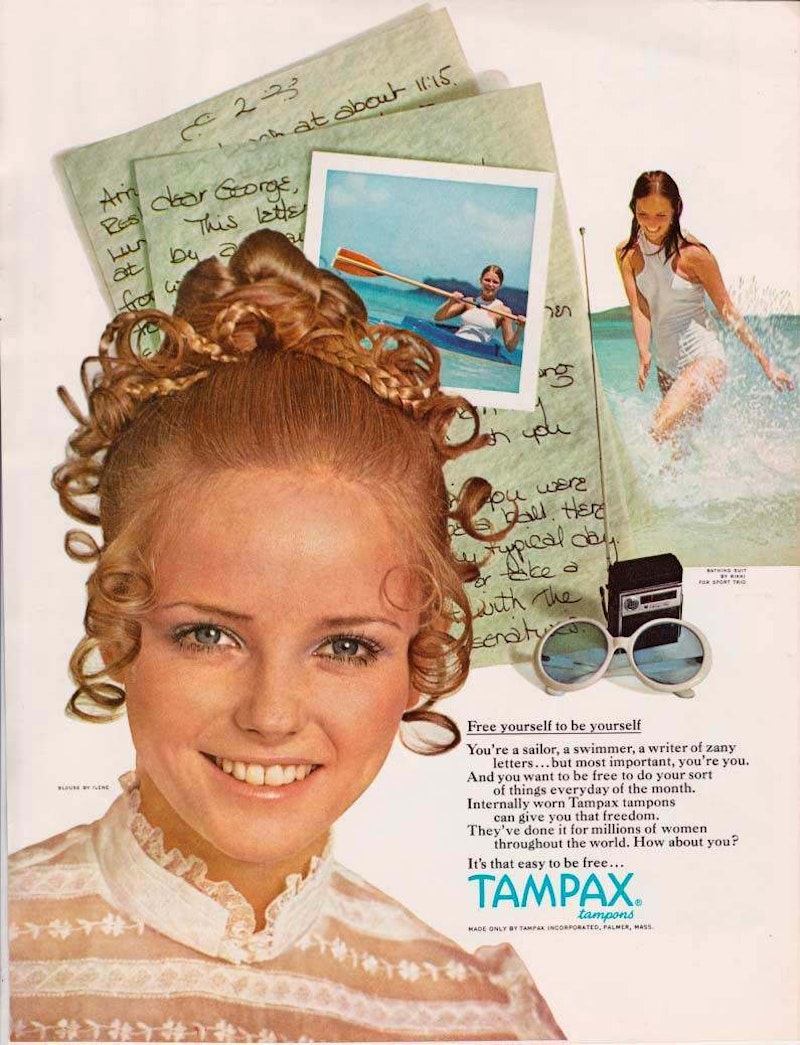 I went to the Pembroke Public Library last Saturday to take pictures in the men’s bathroom. I was working on an article about something I’d heard earlier that day. A few people told me that the men’s room at this library carries menstrual products: tampons and menstrual pads. When you work in right-wing media, tampons in a men's bathroom are a great find. The readers will love it because it’s so absurd and was so unthinkable even 10 years ago. But I’m prepared for the reaction I’ll hear all week: stop lying. Fake news. Liar. Right-wing propaganda.

Many refuse to believe news for one of two reasons. The news doesn’t fit their worldview; they don’t want it to be true because it’ll make their side look bad. The other is that the idea sounds so ridiculous to them that it must be false. Both are a problem I’ve seen happen in recent years.

The one that pisses me off the most is the ROE Act. It’s a bad law passed in Massachusetts in 2020 despite bipartisan opposition. One of the provisions of the removed born-alive protections for abortion survivors from Massachusetts law. The mainstream media buried this. Before I worked in political news, my state representative lied to me on a constituent phone call and told me that the bill was misrepresented by the far-right and that they don’t care about children after birth. Typical partisan hack whose voting record mirrors that of the House speaker. Funny enough, 18 months later, I got one of his colleagues to admit she supported this provision. I appreciated her honesty.

However, a woman I know who ran for state representative repeatedly bashed her opponent for supporting this provision. When she went door-knocking people thought the bill was fake, especially since the mainstream media failed to report on this provision. To these people, it sounded like a pro-lifer calling a pro-choicer a baby killer. Unfortunately, Donald Trump misconstrued the born-alive issue when he said the doctor executes the baby. That’s not true; it’s passive infanticide. Big difference.

But the less-talked about reason politicians oppose born-alive protections, other than being bought and paid for by special interest groups, is that removing that liability allows abortion clinics to perform later-term abortions without the threat of criminal penalty. After all, it's counterintuitive for them to save a life they were trying to end. These facilities often lack the equipment and medical training to save these little lives—and advocacy groups oppose requiring hospital admitting privileges.

More recently, I endured this refusal to believe the truth when people accused me of lying about the genderbread person. It’s a graphic that teaches that gender exists on a spectrum; the graphic's creator has said its purpose is to show that the number of genders is infinite. A middle school in the Merrimac Valley region of Massachusetts uses it in its sixth-grade health curriculum. In response, some people said I was making it up to cause division. In fact, the people who decided their employees must teach stuff that was unthinkable ten years ago are the ones stoking division. Besides, I'm not that creative.

Much like the born-alive protections or sex-selective abortion, it’s curious how the same politicians who say it’s not happening are the people who oppose regulating these matters.

Voter fraud is another one where people fail to believe reality. Voter fraud exists. It happens in most, if not all, elections. However, we’ve yet to see evidence that there was enough voter fraud in 2020 to move the presidential election from Joe Biden to Trump. I preferred the guy who lost. Given his low approval rating, his opposition to mail-in voting, and the perception that he handled the coronavirus pandemic poorly (amplified by Trump getting the virus), it’s no surprise Trump lost. But it’s hard for the faithful to fathom that America voted for Joe Biden for president since they hate Biden. As much as I want people to believe my articles, I can’t blame the American public for skepticism. The mainstream media peddled lies about weapons of mass destruction in Iraq, collusion between the Trump campaign and the Russian government, and the coronavirus vaccine as impeccable.