Their numbers are dwindling, but not the fervent beliefs. 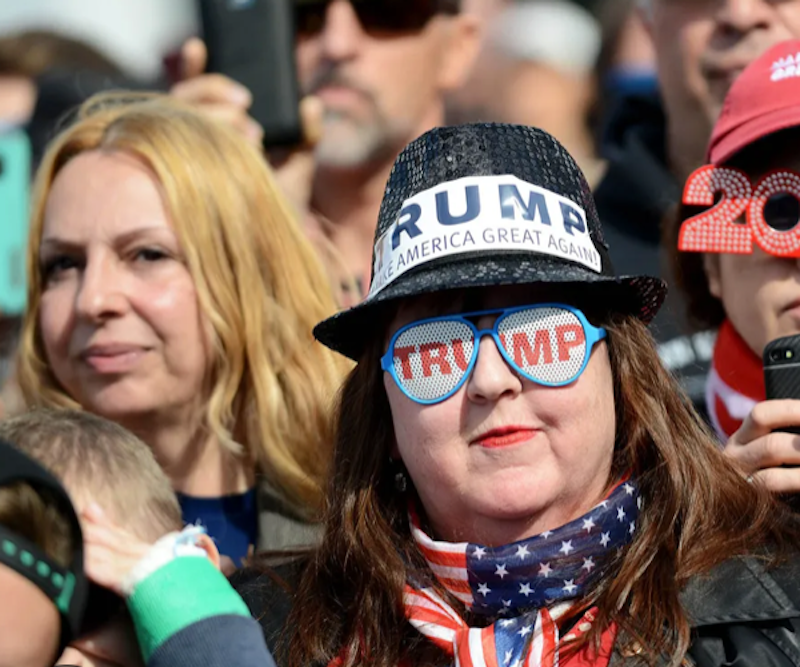 It’s instructive at the early stages of the 2024 presidential campaign to understand the voters who comprise the entrenched base of former president Donald Trump. A defining characteristic is that they so despair the direction of the country, feel they’re so close to losing that country, that they’ll countenance criticism of their leader only when it comes after a full disclosure of overarching support. Criticism from ostensibly neutral quarters or even right-leaning sources are suspect of having origins in the swamp.

If a conservative journalist critiques Trump, everything about that commentator is weighed in the minds of the Trump base. What is the pundit’s platform? Where have they stood on the Trump Administration in the past? What’s their position on recent developments, like the border crisis or trillion-plus omnibus spending bill? The Trump supporter is looking for any reason to discount the criticism.

Attacks or allegations originating from any sector of the anti-Trump apparatus are given no credence by the Trump Troops. Given the reprehensible actions of that apparatus—the hoaxes, impeachments, investigations, unrelenting attacks—who can blame them? Most conservatives, whether Trump-supportive or Trump-adverse, stopped believing anything distributed by the “legacy media” decades ago—thanks, in part, to Rush Limbaugh.

For example, while former Arkansas Governor and Trump supporter Mike Huckabee may offer considered criticism of the former president and be taken seriously, CNN’s Anderson Cooper has forfeited his ability to credibly and critically opine, forever. When criticism of Trump comes from an uncorrupted source like Huckabee and seems like it might be on target, the Trump base may grudgingly admit that, “Okay, maybe Donald could’ve handled that better.” But they’re extremely cautious, knowing that information that strengthens Trump is the prime imperative, and that pausing to consider anything that even slightly dents the edifice of Trump 2024 must be weighed against the overwhelming power of the forces arrayed against him.

The anti-Trump apparatus has forced his base into this entrenched position. If you believe Trump’s policies were best for America, you’ve been demonized by Biden and company. There’s no approved place for you in the political debate. For millions in the Trump camp, manufactured condemnation has led to a sense that nothing thrown against the candidate or the base is based in reality. That the only truth is long since buried by the orchestration of a propagandist narrative that has negated Trump and those who welcomed and were heartened by his America First vision.

Does this Trump base exist within a hermetic political “bubble” that doesn’t correspond to objective reality? No. Unfortunately for our national body politic, the beliefs/fears of the Trump base have been shown to be warranted. In order for these citizens to be characterized as off the reality reservation, facts outside their entrenchment wouldn’t align with their perception of that reality.

“Just because you’re paranoid doesn’t mean they’re not out to get you” is a glib adage, and useful in the vernacular. But the condition of true paranoia presents only when the threat exists only in the mind of the individual beset by the psychological condition.

Trump support exists not in an ideological bubble detached from objective reality, but in a base and voting bloc of people who understandably reject almost everything they’re told by politicians and the media, and have been hoaxed, lied to, and unfairly denigrated more than any political movement in American history. And there’s a strong conviction in Trump Country that unless the battle to right the wrongs and dismantle the narrative deployed against them is joined on the fields of the upcoming presidential election, what they see as the American dream will succumb to a globalist, borderless, socialist ideology that abandons them, and the nation as founded.

—Portland writer Mark Ellis is the author of the political thriller A Death on the Horizon.