If David Krukoff is elected, it might show Congress that DC doesn’t just need saving, but that its own largely Democrat residents are asking for it. 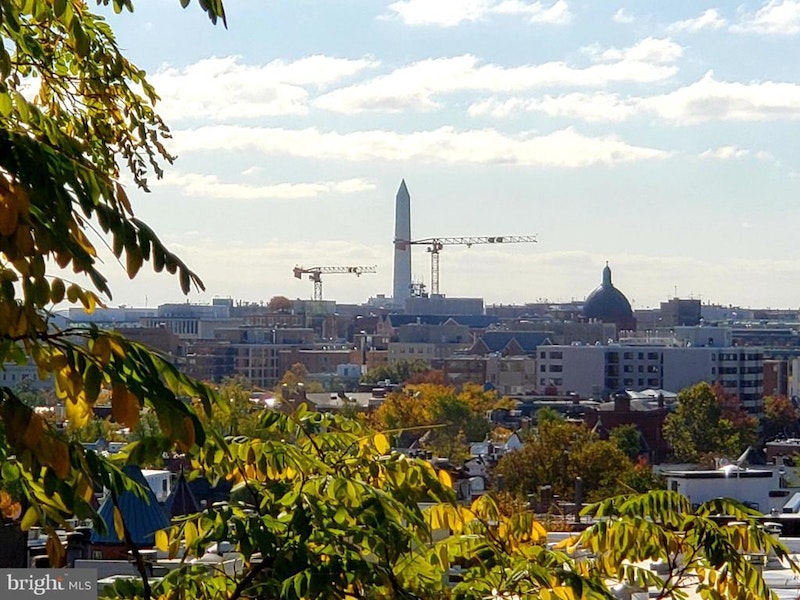 A decade ago Democratic Congressman Hank Johnson worried that if residents of one U.S. territory clustered on one side of the island, Guam, it might tip over.

Today another U.S. territory is also threatened, metaphorically, with becoming a new Atlantis. Washington, D.C. is threatened by the Red Wave. Washington is awash in crime. Days before the election a man was shot outside the Kennedy Center, in one of DC’s posher neighborhoods. This isn’t where shootings in the past were likely to occur. A few months ago there was a drive-by shooting on the M St. restaurant row in Georgetown.

DC’s political class is unable to counter rising crime. Ward 6 city council member Charles Allen is proposing further reductions in penalties for criminals (something Mayor Muriel Bowser is opposing). As a result, people are beginning to discuss radical changes to DC, including returning its residential neighborhoods to Maryland and Virginia.

One candidate, David Krucoff, who’s running to represent Ward 3 on the city council, has discussed rescission, or returning DC residential areas to Virginia and Maryland. Ward 3 is contiguous with wealthy Montgomery County, Maryland. The Washington Post has picked Krucoff as its one annual endorsement of someone who isn’t a Democrat (usually given to a Republican who like Krucoff is socially liberal on issues like marriage equality). Krucoff has a chance (though DC has few polls, especially for races that aren’t citywide). Krucoff has expressed consternation that there’s a Libertarian “spoiler,” long-term Ward 3 resident Adrian Salsgiver, in his race.

Other conservative voices—like Larry O’Connor, the host of WMAL radio’s morning drive news and talk show—say that Congress should take back responsibility for governing DC. Though crime rates have been on the rise since 2017—after dropping for decades—they’ve spiked recently, after the city council followed national Democrat Party fads to defund the police. Homicides are up 13 percent over the last year. Robberies are up 27 percent. Violent crime over all is up seven percent.

The city council voted to cut the metropolitan police force by $15 million in 2020. At the time there were 3800 officers, and the police chief said DC needed 4000 (a position that the Mayor has now taken, after embarrassed by a wave of car jackings and other violent crime). The force has now fallen to 3500 officers, who complain they’re denied vacation time and other leave, and forced to work overtime shifts or without weekends or other days off.

In the past three years D.C. has lost 50,000 residents. Only one area jurisdiction (Baltimore) has suffered a similar loss. “Defund the police” was a slogan created in response to perceived police brutality at several locations throughout the country, some of which involved deaths of people arrested, sometimes for violations of the extensive web of regulations in Democrat-run cities, like laws against selling loose cigarettes. The Black Lives Matter movement and other groups campaigned that police were targeting black people.

It’s ironic that the DC political class always demands more autonomy for DC but then models local policies on the talking points of the national Democratic party. In DC there are no examples of lethal police brutality against black residents. But the residents of the majority African-American Wards in DC east of the Anacostia River (Wards 7 and 8), are suffering most from the results of defunding the police. According to chief of police Robert Contee, Ward 8 has suffered the brunt of violence in the city, with 62 percent of all homicides in the city and 23 percent of violent crimes, even though it has only 12 percent of the city’s population.

Mayor Bowser, the City Council, and Del. Eleanor Norton have proved incompetent to confront this issue. During the period of rising violent crime Norton has proposed stronger penalties for hate crimes, and more attention to mail theft. She’s currently hawking increased “home rule,” where the same politicians failing at dealing with crime now would have more control and less Congressional oversight. The same politicians who “won” in the June primary where only 32 percent of the voters participated—Bowser was re-elected with the support of only 16 percent of registered voters.

The DC Libertarian Party—one of the four “major” parties in DC—proposes that Congress decentralize DC and take power away from the political class of multi-term incumbents. (Norton’s been in office since 1991.) Each of DC’s Wards has a bigger population than many local jurisdictions—more residents than Falls Church in Virginia and the same or more than Takoma Park, Chevy Chase, Silver Spring, or Bethesda. Congress could reconstitute DC where more elections happen at the Ward level—for Ward based local school boards, zoning boards and above all for sheriffs elected by their Ward as if the Ward was a county.

Ward-based sheriffs (with their own jail and deputies) could supplement the overworked and underfunded city police. More importantly, they wouldn’t be under the control of the Mayor, City Council or Norton. We Libertarians argue that voting for their candidates, even if not elected, will signal to Congress that it needs to restructure and decentralize DC, not return it to Virginia or Maryland, or administer it directly. If Krukoff is elected, or if Libertarians show well, it might show Congress that DC doesn’t just need saving, but that its own largely Democrat residents are asking for it.