Capitalizing on the GOP's Mythical Mandate 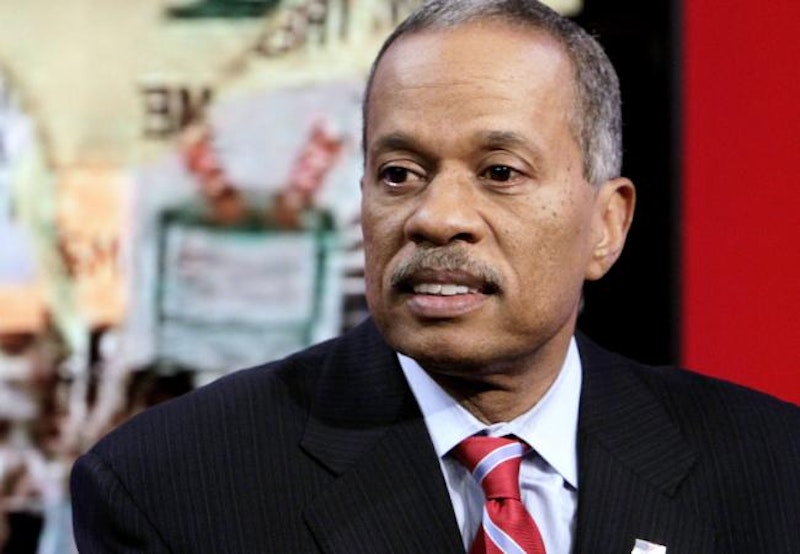 That was Sarah Palin in February, referring to the Obama administration’s inability to fix, within a year, the economic mess it inherited from George W. Bush. While the hambone Hamlet keeps teasing the world as to whether she’ll run for president or not (she will “if there’s nobody else to do it,” Palin told news outlet Entertainment Tonight ast month, which should be a wake-up call for Mitt Romney, Tim Pawlenty, and several others), the rest of the GOP is moving inexorably ahead.

Now that the Republicans have retaken the House—largely on the promise of “change” (little about “hope,” of course)—it’s time to hit the ground running! You may have figured that the imbroglio over NPR’s firing of Juan Williams was over, but an elephant never forgets.

House GOP Whip Eric Cantor (VA) and Rep. Doug Lamborn (CO) announced yesterday that they plan to force a floor vote today on defunding NPR for its shabby treatment of Bat Juan-o, who since his ouster has signed a lucrative deal with Fox News and gone back to making absolutely no measurable impact on national debate.

“When NPR executives made the decision to unfairly terminate Juan Williams and to then disparage him afterwards, the bias of their organization was exposed,” the pair said in a statement. “Make no mistake, it is not the role of government to tell news organizations how to operate. What is avoidable, however, is providing taxpayer funds to news organizations that promote a partisan point of view. Eliminating taxpayer funding for NPR is precisely the kind of common sense cut that we have to begin making if we want to fundamentally alter the way business is conducted in Washington.”

Right on, power to the people, and all that. Lest anyone think this is simply political posturing and/or poor sportsmanship, be advised that the decision to go after NPR comes from the network’s “winning” a weekly contest called “YouCut.", wherein the public votes online on what type of funding they’d like to see eliminated, or at least trimmed. And there’s nothing less reliable than public polls, as fans of the hulking Bristol Palin on Dancing with the Stars can readily attest.

What’s amusing about all this is that the NPR vote has virtually no chance of passing, as Fox News itself admits.
“This is largely a symbolic vote in the aftermath of the Juan Williams firing,” writes Chad Pergram on foxnews.com. “NPR gets a fraction of its budget from the federal government. But many of its stations receive money from the quasi-governmental agency the Corporation for Public Broadcasting (CPB). The stations sometimes then use CPB money to ‘purchase’ programs from NPR. This effort is not directed at defunding the CPB. It would only ban federal dollars from going directly to NPR.”

Lapsing into the royal “we,” Pergram continues: “Moreover, we expect Democrats to try to table, or set aside the effort. So we probably won’t have a direct, up or down vote on cutting NPR. It will probably be a few steps removed parliamentarily. We expect the vote midday today [Thursday, Nov. 18], but that timeframe is fluid.”

So here’s the change that so many GOP candidates promised: A symbolic vote on an overblown, already half-forgotten incident that even its staunchest proponents admit won’t pass.

To paraphrase Bristol’s mama: How’s that changey stuff workin’ out?