Who Will Survive in Sarah Palin's America? 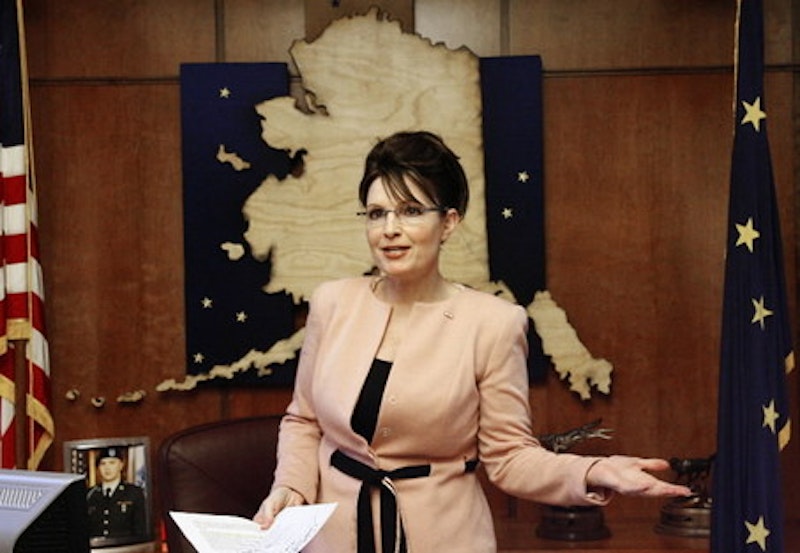 Gil Scott-Heron: Who will survive in America?

Sarah Palin: First and foremost I want to be a good mom. ‘Cause I work off a Blackberry constantly.

Scott-Heron: Your great-grandfather tied a ball and chain to my balls and bounced me through a cotton field while I lived in an un-flushable toilet bowl.

Palin: So what? That doesn’t matter.

Scott-Heron: What does Webster say about soul?

Palin: I have no idea.

Scott-Heron: Back goes paleface to basics.

Palin: He never really has, I think, adequately addressed why in the world he would have a relationship with a type of person like that, who had such disdain for America that he would want to bomb, harm, hurt, kill, Americans.

Scott-Heron: America was a bastard: the illegitimate daughter of the mother country whose legs were then spread around the world and a rapist known as freedom—free doom.

Palin: Nobody ever has asked, are you getting paid for this?

Palin: I can be a messenger for that.

Scott-Heron: Does Little Orphan Annie have a natural?

Palin: I don’t know how any of that stuff works.

Scott-Heron: Where is my parallel to that?

Palin: To put so much time and effort and politics into it, unnecessary.

Scott-Heron: The signs of Truth were tattooed across our open-ended vagina. We learned to our amazement untold tale of scandal.

Palin: This is the new normal.

Scott-Heron: Fuck up what you can.