Capes Off, Helmets On

A minor inversion of toxic “nerd" / "jock” culture in the 21st century. 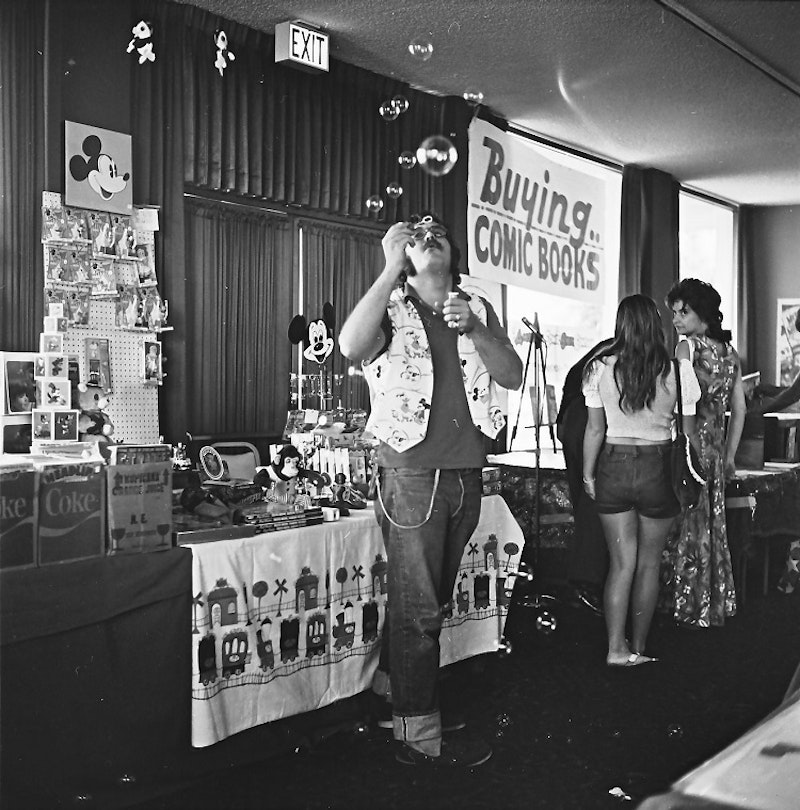 In an op-ed for The New York Times yesterday, Jennifer Wright declared that “Jocks Rule, Nerds Drool.” Wright’s essay piece is good, if slight, paint by numbers, and not exactly revelatory:

“These days, stories of misogyny in nerd-world—and allegations of sexual harassment in tech companies—have become incredibly common. If I see someone in a Batman T-shirt, I no longer assume they’re a sensitive soul. Instead, I wonder if they harassed women during Gamergate or hang out on incel message boards talking about how Elliot Rodger was right to kill ‘blonde sorority sluts.’ The most realistic part of Revenge of the Nerds now seems to be the creepy scene where the nerd protagonist tricks a woman into sex.”

Yes, the explosive popularity of superhero movies and all the junk that comes with them (toys, tie-ins, costumes, conventions, posters, collectibles, cereal, mysterious sauces) has been a major boon for Hollywood and likely helped save the movie industry when Internet piracy started in the early aughts. Franchise and superhero movies clog up multiplexes and make billions and billions of dollars, and millions of people participate in their release.

No one can reasonably claim that “nerd culture,” whatever that means, is marginalized anymore. Their aesthetics, obsessions, foibles, and very real problems as stated above dominate popular culture. Wright says that while “nerds” have had a four-year streak of bad behavior and publicity—Gamergate, “incels,” pathetic and incensed fans driving actors off of social media because they didn’t like the 800th Star Wars movie—America’s most prominent “jocks” have stepped up to an abandoned mantle of virtue, conviction, and courage.

Wright cites LeBron James, Stephen Curry, Terry Crews, and Colin Kaepernick as shining lights, and she’s right: “LeBron James opened a school in Akron, Ohio, that promises free lunches, bicycles and tuition to all its students, as well as guaranteed tuition at the University of Akron for all of its graduates.”

“Stephen Curry, raised over $21,000 through a live-streamed event to help benefit the family of Nia Wilson, a young woman who was stabbed to death at a train station in Oakland, CA.”

“In June, the former N.F.L. player-turned-actor Terry Crews gave Senate testimony in which he spoke about having been sexually assaulted and warned against the ‘cult of toxic masculinity’ that led him to believe he was more important than women.”

“And of course there’s Colin Kaepernick, the former 49ers quarterback, who drew national attention to police brutality by kneeling during the national anthem.”

It’s true that “None of these guys sound like the heartless, monosyllabic brutes pop culture made jocks out to be. They sound like the kind of men who would patiently listen to you and commiserate after a nerd sexually harasses you.” She writes that there are exceptions on both sides, but it’s a good point and an interesting inversion of the cliché nerd/jock dynamic that’s been a part of popular American culture for well over half a century. The meek may have inherited the earth, but the only lesson here worth remembering is that this has nothing to do with the culture of jocks or the culture of nerds: it's power, and one group leapfrogging over another.

“Nerds” cannot claim to be marginalized or oppressed anymore: their bullshit clogs up every cultural artery, Steve Jobs became a saintly figure before his body was even cold, and entrepreneurial idiots like Elon Musk are praised for wasting money on stunts that only a child would be dazzled by, like shooting a car into space or opening a really awesome candy store. Meanwhile, his employees continue to be seriously hurt and maimed at Tesla’s factories every day because of his quixotic hatred of the color yellow. No safety signs, bro—it’s all about aesthetic. Fuck you! Please buy Amtrak and make it work instead.

Colin Kaepernick is someone to look up to, because he put his career on the line in service of a larger, more important mission. Trump called him a “son of a bitch,” but there’s nothing more American than civil disobedience, and the NFL’s decision to unilaterally fine players who kneel during the Anthem shows how scared and desperate it is, knowing time will soon be up. Fewer kids are playing football because of justified CTE worries, the NFL’s ratings are down, and its primary demographic doesn’t take kindly to any criticism of America, particularly when the protestor isn’t a white man. It’d be foolish to expect a huge corporation to take a principled position, but at least we know with certainty where they stand.

The same can’t be said of the people pumping and dumping superhero sausage into pop culture. This garbage isn’t limited to the summer anymore, and the obsession of some of its very vocal fans is undeniably toxic, and just as jocks were once stereotyped as meathead morons, it’s now a reasonable fear that men wearing a Batman shirts over the age of 20 may be incompetent, overgrown infants, or worse, bitter sociopaths. I may be painting with a broad brush, but in our absurd world, this resentment has fueled half a dozen mass killings.

I only disagree with Wright in her sunny assessment of jocks being reliable role models. The superstars she mentioned certainly fit the bill, but what about rapist Brock Turner? Larry Nassar? Jerry Sandusky? The Major League baseball players arrested for domestic violence? Or the dozens and dozens of cops that have beaten, tortured, and killed innocent black people and gotten away with it? "Jocks" have not ceded their power or cultural status to nerds—now we’re stuck with two toxic models of behavior and belief that inevitably lead to harm and abuse. The question isn’t “nerds vs. jocks,” because it’s not a zero-sum game. Power clearly curdles all. Batman and baseball have nothing to do with it.

It’s the plight of the privileged to be blind to their own crimes and the delusion that they’re still the marginalized, the oppressed. There is no multi-million dollar industry that is marginalized or oppressed. It doesn’t matter if they like Spider-Man or instant replay, a group's reaction to gaining power will always be the same: destructive.