The Fight for the Soul of Europe

The influence of anti-Semitism is increasing in Europe and unlike most issues, it affects both the left and right. 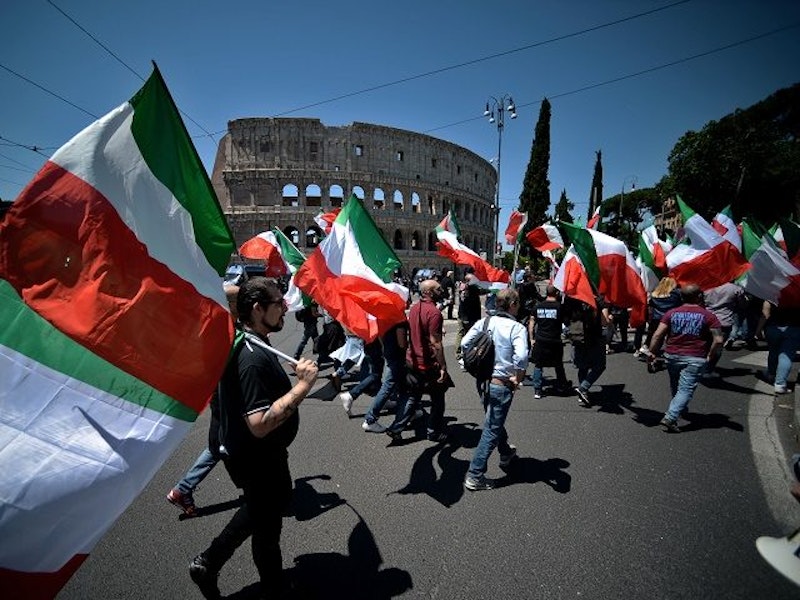 The migrant crisis in Europe started in 2015, but it’s reaching its highest political point even though the number of refugees coming from Africa and the Middle East has actually diminished. Still, populists of all views in Europe remain worried about the impact that Muslim immigrants could have in the Old Continent.

Populists argue that it isn’t racist to support policies to stop Muslim refugees from entering Europe, however the recent attacks against Jewish people has shown that this isn’t about preserving the Judeo-Christian West. Roma people, an ethnic group also known by the derogatory term “Gypsy,” are a nomad people whose origin traces back to India, however they came to Europe centuries ago, and are victims of recent racist attacks. Europe is fighting a defining battle for its soul: will it be a tolerant liberal democracy or multiple illiberal ethno-states?

The influence of anti-Semitism is increasing in Europe and unlike most issues, it affects both the left and right. On the right, the most prominent anti-Semite in office is Hungarian Prime Minister Viktor Orban, who merged anti-Semitism and Islamophobia to accuse George Soros, a Jewish Holocaust survivor and philanthropist, of attempting to settle one million immigrants in Europe and pay them thousands of euros.

Soros has funded human rights organizations that are pro-immigrant organizations like his own Open Society Foundations for which he is viciously attacked by Orban and the rest of the Hungarian far-right. This conspiratorial hate for Soros is dangerous, but Orban has also praised Miklos Horthym, an ally of Hitler during World War II, who oversaw the murder of more 500,000 Holocaust victims.

But anti-Semitism is not restricted to the far-right or Eastern Europe. In Britain, the left-wing Labour Party has come under fire over anti-Semitism scandals since Jeremy Corbyn became its leader. Corbyn’s a supporter of a Palestinian rights but he’s gone too far, comparing the state of Israel to Nazis and participating in events with Israel critics that many deem anti-Semites. Corbyn has more in common with Orban than he’d like to admit, as both politicians fear the influence of Jewish people in their countries.

Anti-Semitism not only comes from white Europeans, but also from new arrivals. In Sweden, Germany and France particularly, Jews are attacked by intolerant Muslims. It’s difficult for the secular left to tackle this issue, since many of the newly-arrived Muslim refugees conflate European Jews with Israel and direct toward them their rage. Sometimes the far-right present themselves as protectors of European Jewry but this is just politicking; why else would Swedish far-right MP Bjorn Soder claim that Jews are not Swedes?

But Jews are not alone—the people of Roma, Italy are also facing extreme hate from the far-right. Italian Interior Ministry Matteo Salvini wanted to create a “registry” of Roman people, but this generated an outrage. Most of the objection was from the left-wing opposition who accused Salvini of fascism, as the purpose of his census was to expel non-Italian Roma people. But in other geographies like Ukraine, anti-Roma feelings are much more dangerous. Roma people have been physically attacked and on occasion, murdered by ultra-nationalist forces—with the government doing little to stop this violence. In a live interview a representative of the Ukrainian police recognized the existence of pogroms, Roma camps destroyed by the ultra-nationalists.

One would never think that in the 21st century, we’d have to talk about pogroms—but this is what the rhetoric of hate has brought back. It’s not only refugees or immigrants but communities that have lived for centuries in Europe that now feel the danger of growing illiberalism. Only respect for human rights and individual liberty can prevent the beginning of a new Dark Age in Europe.

—Camilo Gómez is a Young Voices Advocate and the host of the History and Politics podcast. He can be found in Twitter at @camilomgn.