Can Weed and the Minimum Wage Save Sen. Mark Begich? 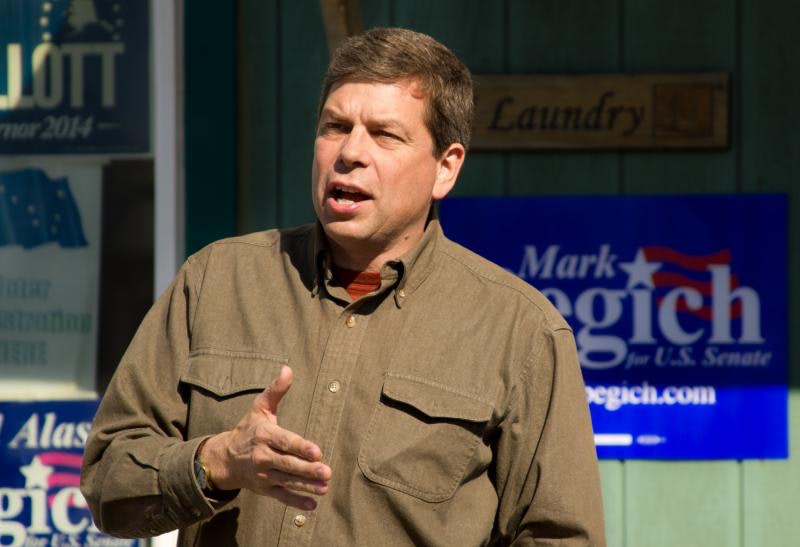 Sen. Mark Begich, fighting to keep his job on Nov. 4, may get a boost from marijuana and the minimum wage. The first-term Democrat in a deeply Republican state will be on the same ballot as initiatives to make Alaska the third state to legalize marijuana, and another one to boost the minimum wage.

Begich needs all the help he can get. The former Anchorage mayor is facing former Alaska Attorney General Dan Sullivan, a Harvard- and Georgetown Law-educated Marine Corp Reserve Officer (previously active duty). Republicans have high hopes for this race, which is pivotal to GOP chances of winning a majority. Republicans need six seats to claim the prize, and outside money has been pouring in both sides to sway the contest.

That’s where pot and the minimum wage come in. Each proposal can be expected to attract the type of younger, Democratic-leaning voter Begich so badly needs. The weed initiative would have Alaska follow the example set by Washington state and Colorado, which in 2012 legalized marijuana use for adults who are 21 and older. The paycheck ballot measure would raise the Alaska minimum wage to $8.75 per hour in 2015, up from the federal minimum of $7.25 per hour. In 2016 it would rise to $9.75 per hour. Thereafter, it would be adjusted annually for inflation.

This might be just enough to boost Begich, 52, the son of Democratic Congressman Nick Begich, who disappeared (and presumably died) in October 1972 during a flight from Anchorage to Juneau, along with House Majority Leader Hale Boggs (D-La.). With an Alaska population of only about 735,000, get-out-the-vote efforts are everything. That’s a big difference from mega-states like California, Texas, New York and Florida, where television ads rule. The Washington Post recently called the Begich campaign “an expensive, sophisticated political field operation that reaches into tiny villages along rivers and in mountain ranges throughout the vast Last Frontier.”

Pro-pot organizers have proven themselves pretty good political operatives as well. In Colorado in 2012, they overcame the opposition of Democratic Gov. John Hickenlooper and many other elected officials to win by a 55-45 percent margin. Alaska has long had a libertarian streak, and marijuana legalization at the state level seems like a natural fit.

The political potency of minimum wage increase proposals are tougher to gauge, if only because it’s been awhile since this was a hot political issue. Minimum wage increases appeared on the ballot in seven states (Arizona, Colorado, Florida, Missouri, Montana, Nevada and Ohio) in 2004 and 2006. All of these measures passed, with five receiving more than 65 percent. That’s a good track record, but going on a decade old.

And Sullivan, 49, can still depend on Alaska’s Republican tilt. The state hasn’t voted Democratic for president since 1964. And Begich got to the Senate in somewhat of a fluke, capitalizing on a corruption trial of Republican Sen. Ted Stevens in the fall of 2008, just before Election Day. Begich won 48-47 percent, with a Libertarian candidate taking the rest.

But if Begich is returned to the halls of Congress in January 2015, he likely has marijuana activists and minimum wage boosters to thank.