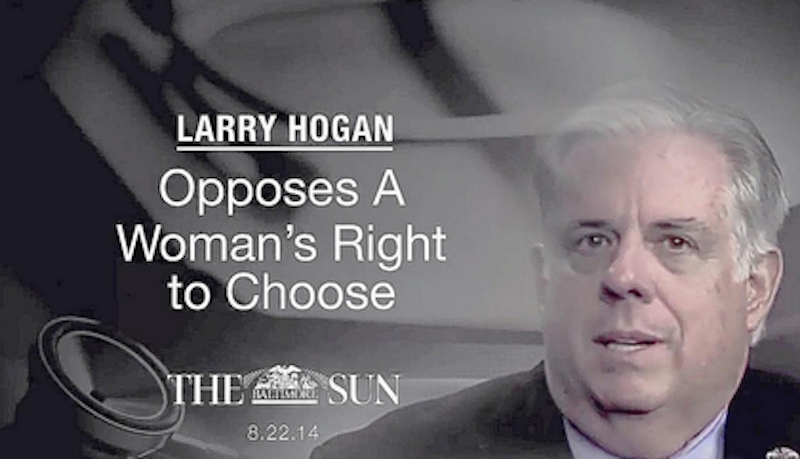 It wasn’t too long ago that Maryland Republicans had poll watchers monitoring voting places, used Department of Justice lawyers to seek out election day mischief and established hot lines to field voters’ questions and complaints. The implication was that Democrats are notorious for election day treachery.

And now, with four years to stew over election day irregularities, Maryland Democrats have attorneys on call to deal with election monkey business such as misleading literature or deliberately long lines and a hot line ready to accept leads on polling place shenanigans as well as to provide voter assistance. The suggestion is that Republicans are determined to tamp down the vote in any devious way they can.

The Democrats’ sideshow is called “voter empowerment operation” and it seeks to provide a blunt counterpoint to the apparent voter suppression activities going on around the country, especially in the South, and those that occurred in Maryland four years ago.

Early voting, a relatively new expression of democracy in action, is underway in 34 states and the hyperbolic activity over voter turnout of whatever hue, or just pure lack of interest, depends on which party’s in office and what’s at stake in the ballot box. Early voting in Maryland continues through Thursday, Oct. 30, from 10 a.m.-eight p.m.

Early voting in Maryland has shown a slow but steady acceptance, if not a fully developed habit. Inaugurated in 2010, the general election that year drew 219,601 early voters and by the presidential election in 2012 the number of voters doubled to 430,547.

In Maryland, for example, the Democrats’ caprioles are equal parts theater, vigilance and motivation to deliver the black vote which accounts for about one third of the party’s balloting. The show business angle derives from the send-‘em-a-message news conference by Sen. Benjamin L. Cardin and Rep. Elijah Cummings to heighten attention to the subdued midterm election.

Its object lesson in vigilance was learned in 2010 when henchmen for Republican candidate Robert L. Ehrlich Jr.—Julius Henson and Paul Shurick—conspired to launch robocalls that were deemed an attempt to suppress the black vote. Misleading campaign literature, now illegal in Maryland, was also distributed in Prince George’s County by homeless people that the Ehrlich campaign bussed in from Philadelphia.

Voting in Maryland is almost an effortless exercise in civic duty compared to some other states. The early voting period has been expanded and the number of polling places has been increased. Provisional ballots are permitted and no voter ID is required except in certain cases. And absentee ballots are accepted with no excuse or explanation.

Much of the activity to tighten voter laws and squeeze voter access to polling places has occurred in the 31 states with Republican governors, including 26 with either full or partial GOP control of legislatures.

Compare Maryland’s voting ease with that of Texas, where the Supreme Court has issued a last-minute order allowing that state to enforce its photo ID law, considered the strictest in the nation. The Texas law is expected to disenfranchise hundreds of thousands of blacks and Hispanics. Texas law allows seven kinds of voter ID. For example, concealed gun permits qualify, while college IDs do not.

The high court has been equally unpredictable in other states. According to summaries of Supreme Court action, it allowed Ohio to reduce the number of early voting days and it authorized North Carolina to end same day voter registration. But it blocked a new voter ID law in Wisconsin. Part of the problem is that the Constitution is silent on voting and left that right of citizenship entirely up to the states.

The big pork chop on the ballot in Maryland as in 30 other states is, of course, the governorship, up for grabs as Gov. Martin O’Malley (D) exits at the conclusion of his two-term limit. The competition between Lt. Gov. Anthony Brown (D) and Republican Larry Hogan to succeed O’Malley is exceedingly tight, much closer than most polls reveal in their range favoring Brown anywhere from three points to 11 percent, depending on the poll.

Yet the Maryland governorship is not among those that are considered by some analysts likely to switch parties even though Brown’s prospects have been downgraded from “certain” to “leaning.” And that electoral strength is due mainly to Democrats’ outsized registration advantage of more than two-one and Brown’s money superiority over Hogan who has accepted public financing’s limit of about $2.6 million.

There are 3.7 million registered voters in Maryland—2.043 million Democrats, 954,000 Republicans and 662,000 unaffiliated or independent voters, plus minor parties The Democratic electorate is clustered largely in five jurisdictions along I-95—Prince George’s, Montgomery, Howard and Baltimore Counties and Baltimore City. Republicans dominate in outlying and rural areas.

There is very little else up or down the ballot to excite voters—no contested Congressional races, no Senate contest, an attorney general’s race that was settled in the primary, no challenges in judicial races and a few non-controversial bond issues. The only two ballot issues attracting any attention are the Constitutional amendment to create a “lockbox” on the state transportation fund and a pismire issue that would allow the Baltimore City Council to retain an independent legal counsel, giving it a modicum of independence from the mayor, who appoints the city solicitor, the city’s top legal adviser.

The Brown campaign has been most notable for its negative—as contrasted to attack—ads, many of which are factually wrong. Hogan has been quick to respond and correct or clarify, which may have produced the unusual backlash against Brown and his ads. Usually attack ads, in which the content is lethal but accurate, are effective. But negative ads, in which the subject matter may be inaccurate or downright wrong, often backfire on the sponsor, as in Brown’s case.

In the final kick to the finish line, the Democratic party has played the only card it has left. It is reported that Democrats have sent thousands of mailings suggesting that Brown’s run for the governorship is, in effect, an extension of the civil rights movement. The document is a graphic reminder of past and present abuses that blacks have suffered.

Along a parallel attack line, the Republican Governors’ Association has made a major television buy in Hogan’s behalf, according to reports, underlining their belief that Hogan has a shot at pulling off an upset. The ad refreshes Hogan’s major campaign theme about the number of taxes that have been raised during the O’Malley-Brown eight years in office. (n.b. Curiously, O’Malley is campaigning for candidates in New Hampshire only a week before Maryland’s election for governor.)

Truth to tell, this has not been the most spellbinding of campaigns. The lack of enthusiasm, if not downright reluctance, in the overwhelmingly Democratic state is due in large measure to the candidates themselves, especially Brown who has run a duck-and-cover campaign against the clock, and the lengthy time lapse between the June primary election and the November general which produces electorate fatigue.