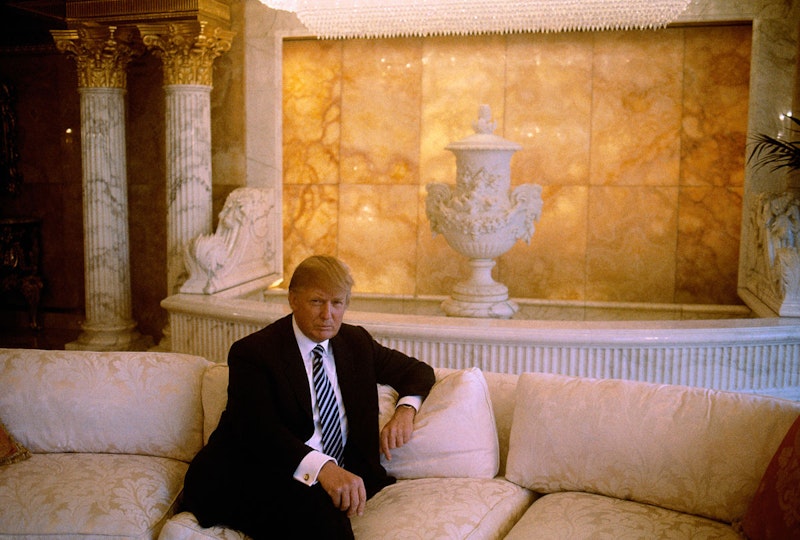 Basically, the man we’ve got in power wants to mug us. He and his friends want to crack the country open like a lobster. Selling off public lands and killing regulations are only the start. Depending on events, on the crises ahead and the possibilities these create, his crew may use government power to pull our money out of our pockets and put it in theirs. If the gang on top gets its way, people who object will be disappeared. If the gang’s defeated, it’ll be because they couldn’t silence the objectors.

To switch metaphors, the extraordinarily rich have spent a lot of time as handsy creeps with the national body. Now Congress is theirs, a psycho’s setting the pace, and all bets are off. Their hands are going up the national skirt, the underwear is coming down. How this turns out depends on how effectively the rest of us kick, scream, bite, and punch.

If I went on TV to warn about the Trump menace, I couldn’t say anything about lobsters or date rape. But I could say oligarch and I’d say it loud and clear. It’s a word everyone knows, and I think it sums up the picture given above. Oligarchs use government to mug their country and make themselves rich, and to stay rich (and alive) they hold on to the government no matter what. Observe Russia, led by the man our chief admires. The country’s social order collapsed when Communism proved a washout, and a new order has been lashed together by whoever’s best at taking. It’s rule by predators. They keep sections of the populace in line by strategic head cracking. They buy off others by letting them kick around targeted out-groups—to play oligarch on a street corner with their boots and a tire iron.

At the top is a single man: a man who has his enemies vanished, a man who creams off wealth as desired, a man who strong-arms other countries so the folks at home know their nation’s still the champ. He’s a man who can’t be questioned. You may think this wouldn’t suit Trump. You may think the West’s social order isn’t going through a crisis, or that the crisis won’t create the chance of a dumber, uglier, meaner order of things taking hold, an order imposed by thugs at the top and supported by thugs at the bottom. If you do, we disagree.

“He’s Putin Jr.,” I’d say to the camera. “He wants us to be like Russia. He wants the oligarchs to take over. He’s an oligarch.” Note that the word is ugly and at the same time easy enough to say. Not as streamlined as Nazi but just as expressive, and in both respects miles ahead of caudillo, populist authoritarian, and the rest. It sounds brutal and heavy, and it’s got two open vowels and a k sound. Most important of all, it’s accurate and it brings in the forces behind Trump, the team that he’s on. Oligarchy wants to set up in the United States. If you want to know what we’re fighting, that’s it. Spread the word.