A Non-Believer in Trump's America

The implications of Trump's religious policies. 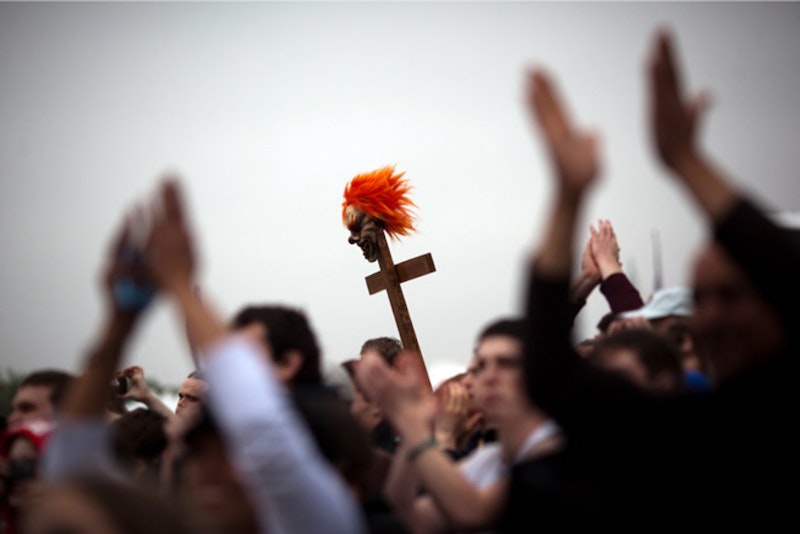 Atheism isn't easy. Although a growing number of people are religiously unaffiliated, it’s still a difficult conversational subject. Look up any atheist-theist discussion forum and there'll be a question that’s been asked, and answered, a million times. The conversation remains static. What’s clear is that life under Donald Trump is going to be very difficult for a nonbeliever, as the push to repeal the Johnson Amendment reveals.

The purpose of the Amendment is to make sure that organized religious institutions don't have significant political influence. While church attendance is on the decline, religious institutions still have a level of wealth and power that can influence politics. For the past few years, many Americans feared the implementation of Sharia Law. However, it seems clear that the most likely outcome of religiously motivated legislation is going to favor Christianity. It is, after all, the most popular religion in America.

After Trump's election, the irreligious have watched the situation unfold with disdain. While there were factions of atheists that supported Trump for secondary reasons, it can no longer be said that Trump has their interests in mind. Since the rise of the religious right, people who desire more a secular society have been at odds with those who wish to enshrine religious practice as law. Many underestimate these impulses and the potential negative outcomes.

According to a recent Gallup poll, 31 percent of Americans believe that Christianity is important to being American. Sen. John McCain has said the United States is a Christian nation, and he’s far from alone. Despite the fact that the Founding Fathers sought to escape religious imposition in England, reflected by very clear stipulations in the founding documents, the idea that the whole of the United States is the product of Christianity is one that’ll never die.

The irreligious are also very distrusted. A Pew Research poll found that 32 percent of Americans view being Christian as the most important aspect of being a “true American.” One of the most common questions that an atheist must grapple with is when someone asks where their morals come from. This is not usually asked as a genuine inquiry, but as a pointed “gotcha.” The idea that morality can come from a source outside of religious teaching is treated as absurd, making the disclosure of one's atheism a risk.

Despite this, the number of Americans who identify as non-religious is growing. Another Pew Research poll puts those who identify as non-religious, colloquially known as “Nones,” at 22.8 percent. Espousing non-religious views has become more socially acceptable, especially among Millennials. But these demographics are rarely discussed or addressed in politics, highlighting a disconnect between the political bubble and many average American citizens. We currently have no openly atheist Congress members and a presidential candidate running without mentioning faith is political suicide.

But this has mobilized non-religious and secular activists and organizations. With the additional push by the scientific community to become more politically active, this may have the additional impact of encouraging more secular advocacy. Perhaps the net outcome of this administration will be a response to the strong religious impulses espoused by the Trump administration. A desire to impede a secular future may inadvertently be exactly the thing that ends up creating it, one where the division between church and state is much more rigorously enforced and religion is no longer the defining feature of being a true American.