California's AB5 Law is a Disgrace

The government not permitting some people to work at home during a crisis is unthinkable. 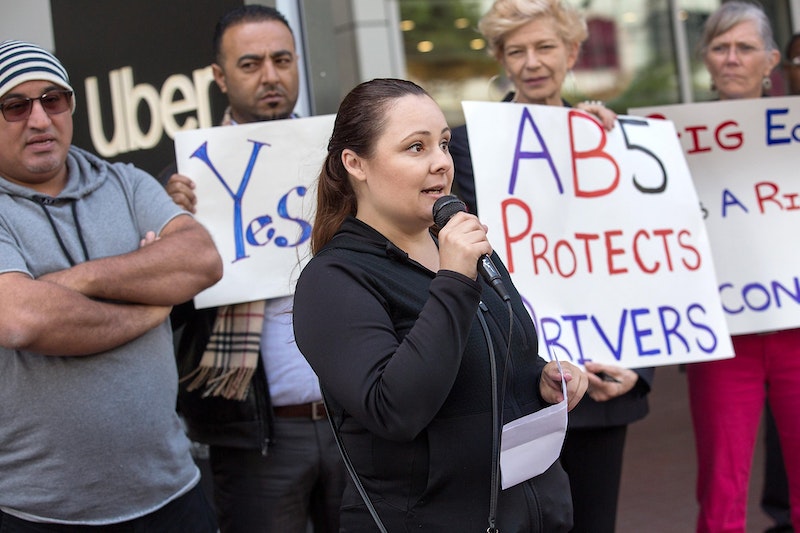 The ideal situation, during the ongoing health crisis, is to have as many people working from home as possible. Many Californians, however, can’t do this because their state legislature won't allow it.

California Assembly Bill 5 (AB5), which went into effect on January 1, is a state statute aimed at giving workers in the gig economy greater labor protection—provisions such as minimum wage laws, paid sick leave, and unemployment and workers' compensation. The actual outcome of this law (aka the "Uber Law") that's meant to help workers is that many freelance workers in a variety of fields are no longer able to make a living. It's a "gig-worker law" that'll mostly apply to non-gig workers.

California lawmakers have taken aim at tech firms, which they believe are misclassifying "employees" as "independent contractors," but there's been collateral damage. The publishing industry, for example. The bill prevents freelance writers, editors and photographers from contributing more than 35 "content submissions" to a media organization per year. A writer may be content with his arrangement with a publisher, and he may want to contribute many more than 35 pieces annually, but the government won’t allow that. This is a form of tyranny. If a freelancer used to write a weekly column for a publication, that’s no longer permissible.

It's far from limited to writers. Musicians and actors have been affected, as well as photographers, tutors, and film crews. But California lawmakers have decided that AB5 doesn’t apply to the following job categories: physicians, psychologists, veterinarians, lawyers, architects, engineers, accountants, broker-dealers, investment advisers, direct salespeople, private investigators and commercial fisherman. The state allows some workers to exercise their free will in earning a living, and deprives it from others. If you're not on the privileged exemption list, you're out of luck.

California Democrats say they want to protect workers. That's a worthy cause, but their laws can’t supersede the forces of the free market, a point they seem to miss. Though AB5 is intended to pressure companies to hire independent contractors, many businesses have stopped using independent contractors. The unintended consequences, which should’ve been anticipated, are real. Those consequences are magnified now with the coronavirus panic. If the California government allowed more independent healthcare contractors to work on people's medical needs, it would allow healthcare workers in doctors’ offices and hospitals to devote more time to their patients' needs.

In a twist, this law was designed to protect employees from being misclassified as freelancers, but it's going to make freelancers (who often want to remain so) be misclassified as employees. The state has a three-part test a business must meet to classify workers as independent contractors instead of employees. Fines for non-compliance range from $5,000 to $25,000 for violations, so many businesses don't want to take the risk that auditors will find that their freelancers didn't "pass" the test. For them, it'll be employees or nothing.

The politicians behind AB5 (it's assemblywoman Lorena Gonzalez's baby) certainly didn't produce a bill that was built for a pandemic. Although she claimed on TV that her bill didn’t cause thousands of people to lose work, according to the Orange County Register the livelihoods of as many as two million Californians were put at risk. Gonzalez got a lot of feedback from disgruntled freelance workers letting her know that she was mistaken. She's working to amend the bill so that it would, among other things, eliminate the 35-maximum clause, but it wouldn't go into effect until January 1, 2021. That's too late.

California Gov. Gavin Newsom has pledged to "do everything we can to keep small businesses afloat." Suspending AB5, which he has the power to do, would help keep many small businesses in operation while allowing for more work-at-home opportunities. Fining a business up to $25,000 for an AB5 violation in our current economic environment is not acceptable, nor is depriving anyone of a work opportunity.

That the government wouldn't "allow" certain people to work from home during a pandemic is a chilling thought. Lorena Gonzalez's do-gooder activism (a form of authoritarianism) has inflicted serious pain on many Californians. She and her fellow politicians won’t lose any income from AB5. The same people they're preventing from making a living will pay for their salaries. That's perverse.