The virus of authoritarianism spreads. 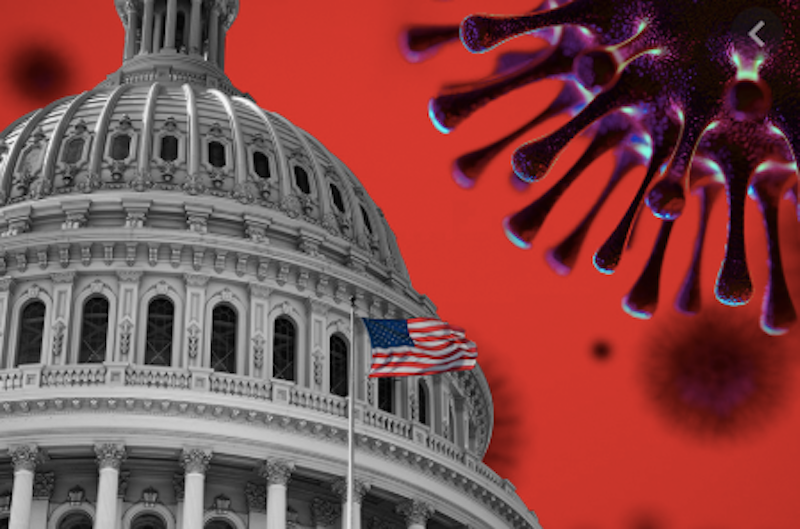 The clumsy, authoritarian responses by governments to the coronavirus outbreak are alarming, but there’s at least one silver lining: People who try to gloss over the coercive aspect of government can never again make the vapid argument that government is merely “things that we choose to do together.” Government is now, perhaps necessarily, forbidding us to congregate or interact—but it has always been a divider. It serves only two functions, both evil: forcing people to do things that they don’t want to do and forcibly preventing them from doing the things that they do want to do.

There has long been the fiction, though, especially over the past 100 years or so, that government’s the warm glue keeping us together, making our daily interactions possible. It’s as obscene a pretense when made by believers in mainstream Western democracies as it was when offered as a Soviet rationale for the indispensability of the Party. The pretense is so widespread nowadays that even conservative agrarians and Catholic integralists talk about government as one antidote for division and social alienation.

What a bizarre way to think about the criminal apparatus that is now mandating “social distancing.” Under ordinary circumstances, at least, liberty brings people together in an array of voluntary associations—commercial, artistic, social, religious, and otherwise. Authority atomizes. The European Communists sometimes outlawed gatherings as tiny, informal, and harmless as bridge clubs because they might lead to wider non-state forms of social organization. Talk solidarity but smash rivals to state collectivism, that’s the usual plan.

And I’m not the one politicizing the (very real) issue of CV. Science comes first, but you wouldn’t always know it from the flailing, hyper-politicized reactions to the virus by governments around the world. The very first sentence of the Department of Health guidelines on CV here in New York City, the current “epicenter” of the plague, begins, “For general information on COVID-19, including how to guard against stigma, visit...” Stigma? Can we at long last drop the knee-jerk pretense that if someone like me finds that an odd top priority, he must be racist or sexist?

People sometimes delight in claiming that there are no libertarians—and no atheists—in a crisis, but if there aren’t, that’s more a testament to people’s cowardice and irrationality than to their crisis-induced sober-mindedness.

And you can’t look to the big-government scientific institutions for dispassionate reason, either, though we need them for the moment (post-crisis, we can return to the serious work of replacing them with private, voluntary organizations). The World Health Organization’s Dr. Michael Ryan says we may now have to go beyond the lockdown of businesses and emptying of the public square and instead turn our attention to removing CV-positive individuals from their homes—“remove them and isolate them in a safe and dignified manner,” as he coldly put it—to avoid them infecting relatives. Is that really just science talking?

The last bulwark against the state is always the home, and so it must go, as everyone from the Khmer Rouge to the evil architect Le Corbusier have tended to insist eventually.

Even on narrowly scientific questions, it’s fair to wonder whether the institutions eager to herd us are likely to reach objective, scientific answers. I’d love to see experts and pundits focus on medical treatment more than ideology, but what are the odds the establishment is capable of self-criticism and reversing course as needed, if it’s so ferociously political in each feint it makes against a plague?

Dr. Cameron Kyle-Sidell of New York City begs people to rethink CV, saying the vaunted ventilators over which we’ve all spent weeks bickering, not CV itself, may be killing many patients, since the disease may not cause truly pneumonia-like symptoms but rather an odd form of oxygen deprivation, as if the patients are on a 30,000-foot mountaintop, as he puts it, with the ventilators merely forcing weakened lungs to process air they can’t currently handle. I’m not a doctor and have no idea whether his contrarian view will be vindicated, but I know it’ll be harder for society to change its mind on the issue if it treats the urgent perceived need for more ventilators as a wedge issue for national political purposes.

Can the agricultural drug ivermectin eliminate all CV in 48 hours, as some claim? Again, I’ve no idea—and no livestock with which to run experiments—but if your inclination, even for a second, is to answer the question by seeing whether Trump has praised the drug and then doing the opposite, you’re murderously insane.

Dogma doesn’t vanish in a practical emergency but rather seems to be produced at an ever-faster rate. That’s not helpful given that we’re humans who might prove wrong. Yet even if the current policies turn out, against all odds, to be the right ones, you can easily hear the natural inclination toward totalitarianism in them when, for instance, Los Angeles’ Mayor Garcetti, urging citizens to report their quarantine-flouting neighbors, dismisses the old (admittedly amoral) adage “snitches get stitches,” saying, “Well, in this case snitches get rewards. We want to thank you for turning folks in and making sure we are all safe.”

Meanwhile, the Democratic governor of Michigan has made an appeal for bigger supplies of the Trump-touted drug choloroquine mere days after threatening doctors with arrest for using it, since at that point it wasn’t yet conventional wisdom that it might have promise. I suppose she at least deserves FDR-like points for being an authoritarian who can reverse course abruptly when necessary.

Incidentally, it appears Trump indirectly owns all of about $200 worth of stock in that drug (as do countless other people), but that’s enough money for The New York Times to run an article hinting that the prospect of that tiny stock rising is (self-proclaimed billionaire) Trump’s real motivation for sounding optimistic about the drug. Perhaps it’s not a callous president but the jet-black-cynical media who are willing to kill millions of people if it underscores their own preferred narrative.

They almost make one feel sorry for the politicians.