Byrne It All Down

Liberals on Cheney and Texas. 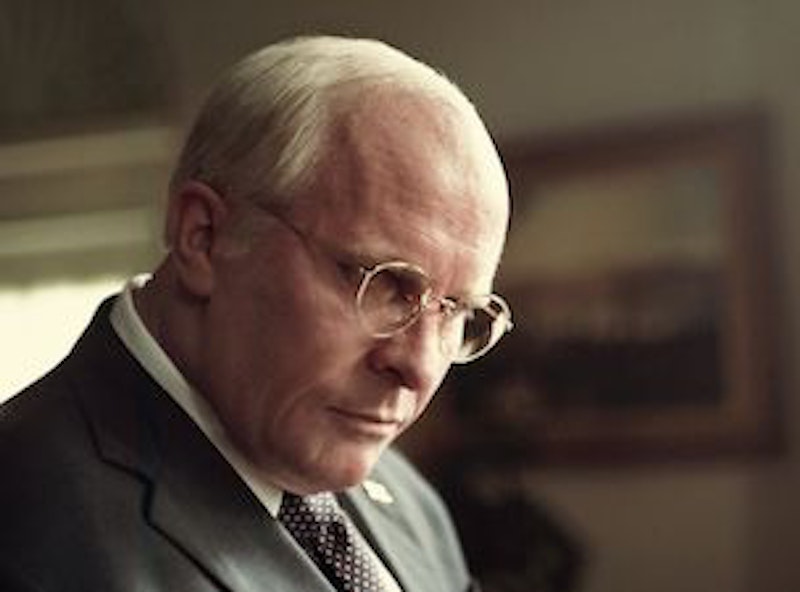 Vice is a bad movie about Dick Cheney but not a surprisingly bad movie. It’s what we’ve come to expect from an overwhelmingly liberal pop culture that knows only one form of therapy: trying to force the rest of us to see the world through the distorting lens of left-liberal philosophy. This film isn’t unique in that regard. That’s what SNL is for, too.

My reaction to (again, overwhelmingly liberal) critics handing Vice the most Golden Globes nominations this year (six) isn’t anger, as if an opposing army were on the march. It’s more like embarrassment for the liberals. They’re so transparent. They’re in so much pain. And they have so little in the way of objective judgment (moral or aesthetic) once it comes time to hand out awards (and PhDs and seats in the House of Representatives) to whatever they hope will get their propaganda out.

The Vice writer/director, Adam McKay, can do funny stuff—he’s responsible for Talladega Nights: The Ballad of Ricky Bobby and Step Brothers, and he helped heroically rescue Marvel’s Ant-Man when it appeared that production was in chaos about a year before its release. It doesn’t follow, though, that he should try to address nuanced political issues (with the aid of some Halloween-mask-like makeup effects and fake bellies). Having done so with all the subtlety of Old School (Will Ferrell was a producer on Vice), McKay should definitely not end the film with a credits sequence in which a liberal fistfights a conservative in a focus group gone wrong because of the conservative’s hatred of “facts.”

It’s rarely that simple, but liberals from the Vox editing room to the drafting board of the comic strip XKCD need to pretend otherwise. Christian Bale and Sam Rockwell are spot-on in their impressions of Cheney and George W. Bush, respectively, but the script, a laundry list of liberal factoids about the past few decades of conservative politics, causes me to think once again of the terrible Christopher Durang play Sex and Longing years ago. Like Vice, it wasn’t so much bad as embarrassing—so heavy-handed and juvenile in its anti-conservative message that I felt sad for the obedient liberals in the audience every time they laughed at a clumsy punchline, degrading themselves. Conservatives hate sex! They're so stupid they think Jesus wrote the Constitution! Ha ha ha!

By contrast, a movie that covered similar ground with much more grace and some genuine love for its goofy conservative subjects, I belatedly realize, was David Byrne’s 1986 True Stories, his Altman-like, meandering musical about the town of Virgil, Texas, a town with giant hair, wide open spaces, and the prospect of a booming computer industry arising. Byrne’s caricatures may have sprung from liberal impulses similar to, perhaps even more radical than, McKay’s, but looking back on the film 32 years later (and seeing him introduce a screening of it down in the Village last week), it strikes me as one of those cases, like leftist Daniel Bell’s descriptions of capitalist overabundance or Bono’s attempts to sing about the plight of African-Americans, that end up feeling almost like roundabout paeans to capitalism’s fecundity and America’s garish, circus-like capacity for fun.

Byrne’s film looks very 1980s yet ahead of its time. His autistic, rambling monologues about Virgil industrial stats, spouted while stiffly driving across the landscape wearing a gigantic cowboy hat, feel oddly similar to the hypnotic postmodernist videos by current YouTube star Poppy, in which she simply describes objects such as plants or appliances in happy tones of amazement, with occasional creepy undertones of hyper-mediated menace.

Maybe something Vice and True Stories have in common more important than ideology is Texas. Adam McKay mercifully neglected to mention that Cheney suddenly left Texas and moved to Wyoming in order to become W.’s running mate (can’t have two people on the presidential ticket from the same state, per the Constitution, not even a state as big as Texas). And Byrne, on some level, is as awed by the state’s combination of the grotesque and the creative as he is by New York’s music scene.

You start to see an apocalyptic, larger-than-life quality to some of Texas’s political culture that may be rooted more in local culture than in specific political principles. That state gave us not only neocon Cheney, libertarian Ron Paul, and the anarchist pranksters of the Church of the Sub-Genius but also populist Alex Jones—and if you blend them all together, you get something not so unlike the “Puzzling Evidence” number in True Stories, featuring a crazed conspiracy-theorist minister singing about the Trilateral Commission and artificial intelligence taking over the world. Prescient!

Now if only I could figure out how David Byrne managed to write an entire stage musical about dictator’s wife Imelda Marcos (Here Lies Love) and never make fun of her notoriously large shoe collection. You have to follow your muse, I guess.