Why Is Jonathan Chait a Scab?

Sorry to Bother You explains. 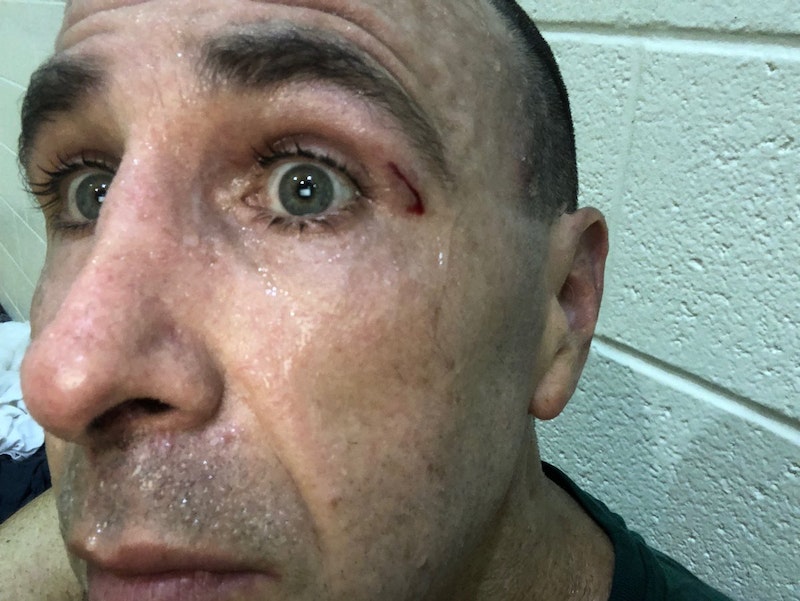 Jonathan Chait is best known as a center-left pundit at New York magazine. But this week, as his workplace took the first steps towards unionization, he adopted another mantle. Unexpectedly, Chait became the star of the widely acclaimed Boots Riley film Sorry to Bother You.

How did Chait attain such a role?  He started by opposing his co-workers’ union drive. In a Facebook post, Chait said, "My overall view of unions is that they're beneficial for most, but not all workers." Then he added: “I think there are ways to push for higher salaries for lower-earning workers at New York, and I support this even at the cost of more established staffers like myself. I don’t believe the union would accomplish this better than a simple demand focused on this priority would.”

Chait straightforwardly admits that he’s very well-compensated, and doesn’t need a union. Some staffers at New York are paid below media rates and contend with constantly changing benefits. "Salaries vary significantly between people who hold the same position, and career development is either nonexistent or inadequate," the union mission statement says. Chait doesn't have to worry about benefits, rates, or career development. He’s one of the magazine's stars, and is treated well. He doesn't need collective bargaining.

This is exactly the position of Cash Green (Lakeith Stanfield) in this year's left-field hit, Sorry to Bother You. Cash is barely scraping by when he takes a job as a telemarketer. He discovers, to everyone's surprise, that he has an almost magical talent for selling crap over the phone when he uses his "white voice." Cash is quickly promoted into the ranks of power callers, where he makes obscene amounts of money hawking military weapons and slave labor to the wealthy and powerful.

Management showers Cash and the other power callers with bonuses and obsequious praise. In contrast, the grunts on the lower level are paid barely enough to eat, and are contemptuously bullied. Peons and power callers are both, in theory, workers. But the power callers are treated by managers as peers and colleagues. When the company workers decide to unionize, Cash is reluctant to join them. Like Chait, he's got lots of money; like Chait, he's treated with respect. If he goes on the picket line, he's more likely to lose than gain.

Sorry to Bother You shows that successful workers aren't likely to support unions. But beyond that, it shows that the very idea of success is expressly designed to undermine worker solidarity.

This is especially true in a field like writing, in which all practitioners are encouraged to think of themselves as geniuses, or at least as potential geniuses.  Writing in popular culture and conventional wisdom is a demonstration of one's inner depth and strength and intelligence. Writers are all unique individuals. The goal, therefore, is to scintillate with ever more uniqueness. In doing so, you convince editors and the public to give you more accolades—book deals, lecture gigs, editor-at-large-ships. Every scribbler dreams of becoming that rare, celebrated cash-green Chait. All writers fantasize, not about being in a shop with good wages, but about being so famous and beloved that they can ignore the plight of all the other staffers. You know you're arrived when you don't care if your workplace has a union or not.

Cash Green doesn't do anything in particular to deserve his good fortune. He just discovers in himself a bizarre talent for sales—which is essentially indistinguishable from a bizarre talent for sucking up. Similarly, Chait's perch at the top of the pundit heap is mysterious. His prose style is competent, but is it twice, or three times, or 20 times as competent as all the writers scrambling to find someone to throw them a measly $25 for their 1000 words? As writer Anna Merlan pointed out on Twitter, Chait, a supposed leading left intellectual, doesn't even seem to know how unions work.

But the arbitrariness of Chait's success is exactly the reason for his success. Someone needs to get to the top, and it doesn't much matter who. What matters is that the blessed have more than their peers, and that they recognize, however dimly, that their elevated status is entirely due to the largesse of the bosses. Of course Chait leaps to testify for the owners of New York. They’ve worked to make him wealthy, comfortable and celebrated. And if he wants to see what happens to those less favored, he has only to glance down onto the floor below, where all the average, normal, non-special telemarketers toil.

Cash Green isn't an evil man; he just wants to be somebody. And being somebody, in our current capitalist calculus, means that everybody else has to be nobody.

At the end of Sorry to Bother You, Cash Green realizes that the bosses don't care about him, and that he's safer and happier on the picket line. This is where casting Chait in the role doesn't quite work. Movie transformational story arcs are rarely duplicated in real life. Scabs stay scabs. Were Chait to show solidarity, he’d cease to be Chait. He'd just be a worker. Cash figured out why that was a better thing to be, but I don't expect Chait will.