Brexit Brought Down the Left (For Now)

Britain has left the EU, but the dictatorship of capital remains. 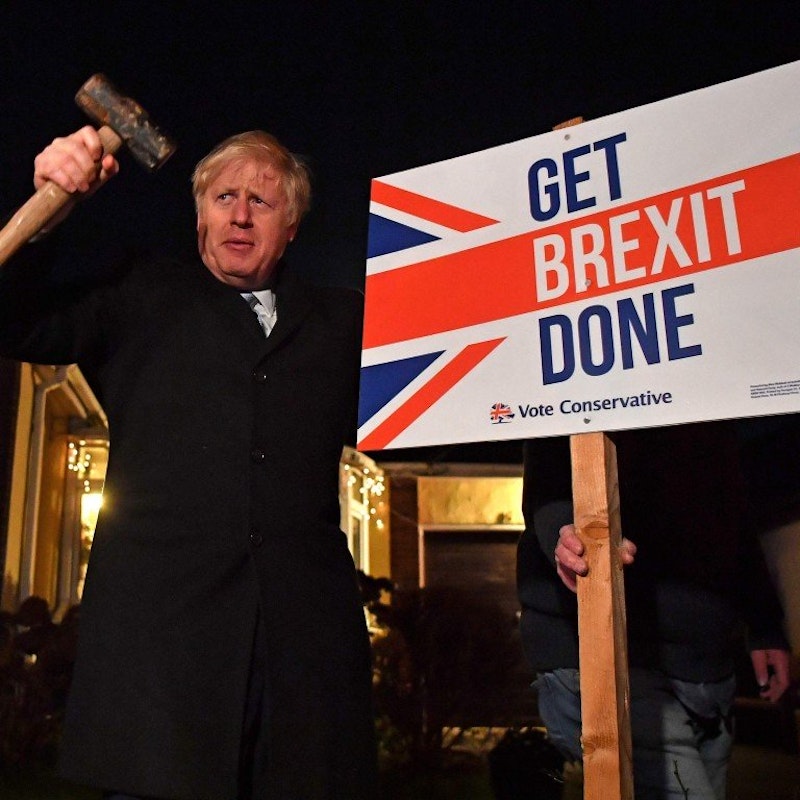 The end of the Brexit debate represents an opportunity for the left in Britain that would be criminal to squander. So much time and energy has been wasted on this debate—Jeremy Corbyn’s leadership, the historical moment where the party could’ve been transformed into an organ of worker’s power. Corbyn and John McDonnell failed in the opportunity they were given. They capitulated to the Labour Right, and their wages were crushing defeat. Despite their popularity on the Left of the party, they should be set aside and not play a role in the future of the party.

The Right is going to win this next leadership election: even if I’m wrong and it’s not Keir Starmer who’ll be behind the Opposition’s dispatch box across from Boris Johnson, the Right of the party is setting the terms of debate within the party. They control the Parliamentary Labour Party still—they were always a herpes-like virus dormant in the ganglia, tingling occasionally but waiting until just the right moment (before the date of the general election with their catastrophic decision for a second referendum) to express themselves fully as a weeping red ugly cold sore.

I don’t see Rebecca Long-Bailey leading a purge of the PLP. She has campaigned on mandatory reselections, but that won’t be enough. And it remains to be seen what she will look like in opposition to the clamoring minority of the country that’s desperate to transmute the disastrous Remain campaign of the past three years into a malignant tumor of a Rejoin movement pressing against the brain of the Labour Party.

Here’s the moment: The European Union has let Britain go. The dictatorship of capital will remain though. The anti-democratic rule of Brussels simply transfers to London. The field of combat is fresh; there are no longer restrictions from a supra-national authority on spending or nationalizations. Don’t let this moment get bogged down by the debate on Brexit. Even if you did want to stay in, that argument’s lost now.

History’s churning violently in a way it rarely has before. Fascist parties are sweeping to power across Europe; its Eastern states a formidable redoubt of reaction. In France a massive social movement is rumbling against neoliberal reforms to the pension system that the golden banker Emmanuel Macron thought would be his Margaret Thatcher moment: instead it’s a battle that’s increasingly looking like Macron will lose. Police violence is widespread, vicious, and chilling: France lives under a soft dictatorship that vividly illustrates the moves capital is making.

Rejoining the EU now holds no appeal for millions of workers in Britain, though there’s no doubt that the exit from the union under Johnson’s reactionary government, one of the most reactionary of Britain’s post-war period, will produce defeats for those in Britain who work for their bread and board. Vesterhofdt champions a European Army in the Euro Parliament. The German banks who run the union smell blood in the West as the fascist Alternative fur Deutschland nips at the heels of the CDU and creeps towards power, anticipating the opportunity to raid the rest of the continent to fund their aging population’s pension funds. There’s plenty of room for combat within the European Union, but that’s not the battle that fate has ordained for the British Left to fight.