Give the People What We Want 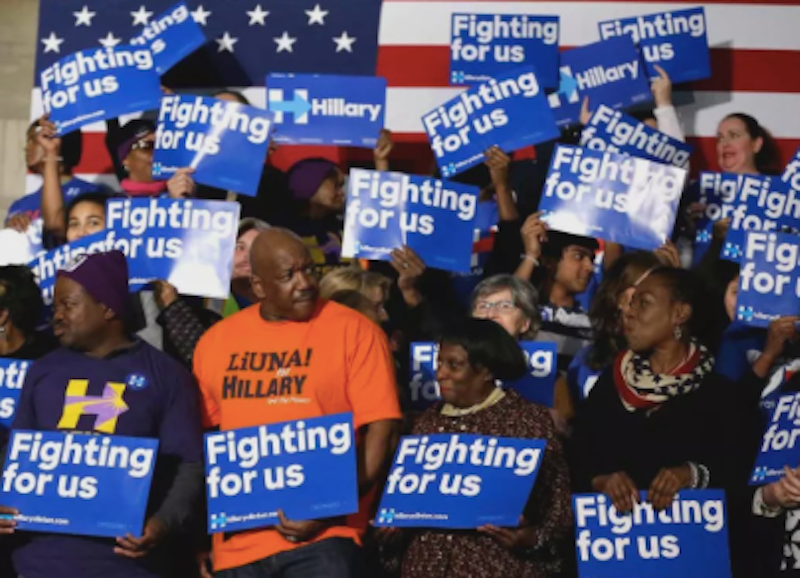 Let’s get this out of the way upfront. I’m neither pollster nor political pundit nor savvy Beltway insider; rather, I’m an ordinary Democrat—“a lazy, middle-class intellectual,” as Bad Religion’s Greg Graffin once howled—who’s turned up at a few protests, who’s made a few donations, who has an inordinate interest in the national political stage. This was true even before the 2016 election season, an endless, maddening grind that, metaphorically speaking, never really ended.

I take note when proclamations are issues from the halls of power, and listen to what the “person on the street” has to say; I dowse for nuances. In short, I pay attention. Whatever side of our starkly partisan divide you’re on, I’d bet that you’re like me in a few of these ways.

And if you’re honest with yourself, you’re well aware that the great majority of Americans are not paying attention to national politics. They’re too busy, too preoccupied, too dejected, too turned off. This is how it always seems to be—even now, when the ongoing spiritual erosion of this country is being accelerated on far too many levels to explore here. The President’s boorish, naked depreciations of the body politic are legion. In another era—less the omnipresent online opiate and right-wing alternate reality, etc.—they might, in aggregate, be enough to doom him for a second term.

But I’m afraid we’re at a point where all that—plus whatever the worst thing you could imagine the President doing or saying that he hasn’t done publicly yet—won’t be quite enough to nudge those millions of self-sidelined registered Democrats to the polls in November.

If the Democratic party sincerely wants to re-take the White House in November, it needs a presidential ticket that resembles the country it purports to want to save and elevate—period. It’s arguable that Hillary Clinton was doomed to lose the Electoral College no matter what in 2016; qualified as she was, in the minds of voters she was carrying decades of right-wing baggage. Sometimes, though, I wonder: If Julian Castro had been her running mate instead, would that have made any difference? Tim Kaine seems like a nice guy who speaks Spanish, but he was the 2000 or 2004 or 2008 Democratic vice-presidential candidate ideal. That won’t fly anymore; that paradigm probably won’t rouse college students and senior citizens and the working poor and the harried middle-class and hippies and the diffident, comfortable masses who claim everything is totally rigged anyway (they’re somehow enlightened and “above politics”) to canvas or carpool to the polls or even fucking vote.

Minorities are en route to becoming the majority in America, even if some feel existentially threatened by this to the point of literal or legislative violence. Optics matter, especially when every Democratic voter can’t help but realize that his, her, or their opposite number in another state is being actively or gratuitously disenfranchised. Forget about the fiction of demographic unelectability: we have to have a woman’s face and a brown face, whether they’re separate faces or the same face. Even if—and we can’t really afford for this to be the reality—that ticket, once installed at 1600 Pennsylvania Avenue, is revealed to be centrist and pragmatic, we need them there to prove to ourselves and to the world that we’re better than what we presently appear to be.

We need a big, bright spark of hope to re-ignite the best parts of the American spirit—and a citizen corps that’s tuned in, alacritous, and pushing our executive and legislatures every day to remember who they’re actually supposed to be working for.