Keeping a family together in Trump's xenophobic America. 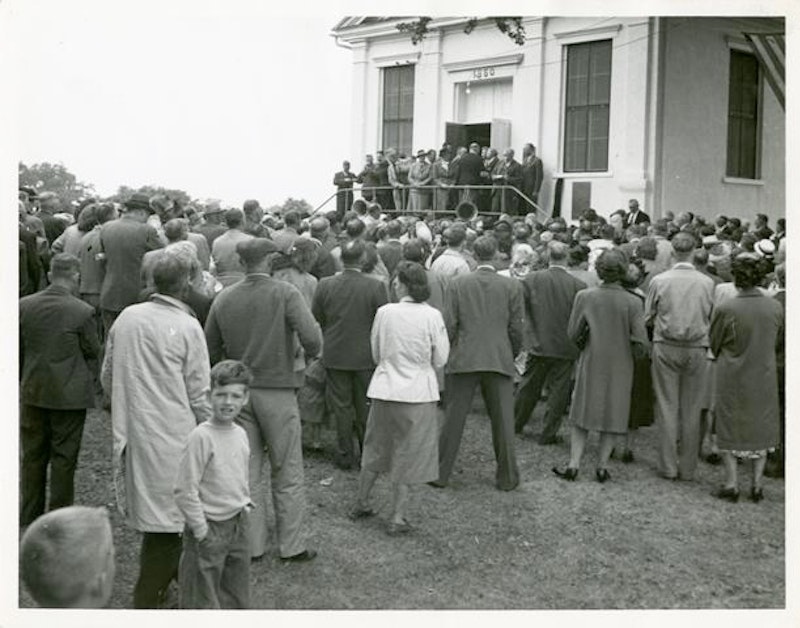 In our part of Lynden, Washington, mail is delivered to neighborhood cluster boxes. You have a key and walk not very far from your home to retrieve it. This works fine at most times, though during a cold snap one former roommate did have to help an octogenarian up off the pavement. On Thursday last week after my wife got home from work, she walked down the block to check the mail. It was wet and past our six-month-old daughter Sparrow’s bedtime, but what she discovered sent us on a mandatory celebratory trip to the local Dairy Queen.

Her discovery was a letter from the government. It was about her immigration status. Anj is Canadian. She was residing here on a green card “with conditions.” You have to send the government a lot of paperwork at exactly the right time to get those conditions removed, so that Uncle Sam can grant a 10-year renewable green card without conditions. It’s this 10-year card that’s a clear path to citizenship. After five years in the country, you can apply, take the test, and become an American.

We’d sent in all the right paperwork. However, the immigration bureaucracy is backlogged right now. Anj once had to give her biometrics again, superfluously. She was worried that she’d have to apply for an extension and was figuring out the best way to do that, so that she could continue to stay and work in the country of her daughter and husband.

The immigration letter made that a moot point and made our week. The government said that Anj has been approved for a 10-year green card, that it would be in the mail, and not to leave the country until it arrived. As we sat in Dairy Queen eating a bucket of fries and celebratory Blizzards, Anj wondered how hard that US citizenship test might be. So I pulled up the practice test on my phone and read the questions aloud. She passed with flying colors.

A few days later she received her new green card, which triggered more jubilation as well as a conversation. When we got married, I promised Anj I had no expectation that she should become an American and that I wouldn’t pressure her to do so. I reiterated that it’s still her call and I’ll roll with her decision. But I did make the point that there’s a bit more uncertainty in the country these days where non-citizens are concerned and that it might be best if her citizenship lined up with the other members of the Lott household. For now, I’m just glad that whatever happens to me she has a solid legal right to remain here while she thinks it over.