The Risks of Being Frank or Attempting Humor on Twitter

Two journalists pay a price for their "free expression." 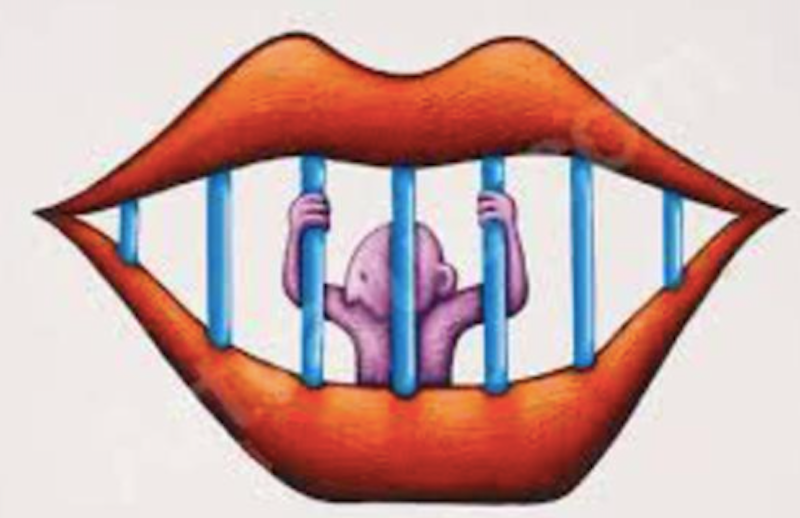 Last week on Twitter, two bad tweets stood out among the usual garbage. Peter Akman, a CTV (a Canadian network) investigative journalist, tweeted a photo of himself and an Asian barber who was wearing a surgical mask, with the caption, “Hopefully ALL I got today was a haircut." Akman became unemployed shortly thereafter for his ill-advised coronavirus joke. Also, Washington Post reporter Felicia Sonmez reacted quickly to the tragic death of sports hero Kobe Bryant with several tweets referencing his 2003 rape trial, and was suspended by Post editor Marty Baron.

The limits of "freedom of expression" are on exhibit here. Most people would agree that Akman and Sonmez exercised poor judgment, but there's less consensus on the punishment they deserved. Akman's was an act of ignorance that could be perceived as racist behavior. Suggesting that anyone with an Asian face is a possible carrier of a deadly virus is about as funny, when fear is in the air, as tweeting a photo of a black person with references to watermelon and fried chicken. Journalists like Akman have to be smarter about sensitive matters.

The Post Millennial, a conservative Canadian media outlet that pays particular attention to the Left's recent aversion to free speech, covered the Akman story, and the Twitter replies it received were indicative of its readership. The general reaction was that the joke was funny and that CTV acted like a tool of the Left in firing Akman after he apologized and deleted the tweet. They're obviously not people from minority groups who've ever been the butts of such crass humor if they think the joke was funny, nor are they concerned about offensive comments directed at Asian-Canadians now and during the 2003 SARS scare. While I dislike the Left's overuse of the clichéd phrase, "white privilege," The Post Millenial's readers seem afflicted with it. Their argument that the reporter shouldn’t have been fired, however, has merit.

Several commenters claimed that nobody has a sense of humor any more. One said that Akman got fired because a few white lesbians were offended. I'd guess that if any of these Canadians lived in China, and if they were jokingly linked to a deadly disease originating in Russia because of their white skin, that they'd fail to see the humor. While the Left is wrong to suppress freedom of expression via cancelled book tours and Twitter mobs, the Right is now making the mistake of thinking any politically incorrect speech is fine. The irony is that when the intersectionality-obsessed Left singles out white people for their "whiteness" or privilege, they don't like it at all. This is why, we're often told, Trump got elected.

While Akman acted out of ignorance, Felicia Sonmez was motivated by her strong feelings regarding sexual assault against women. In her zeal, she lost her better judgment. Kobe Bryant's young daughter died with him, and three more daughters, plus a wife and two parents, must now carry on without him. That's a lot of grief and tragedy to be callous about when you write for one of the world's most prominent news organizations, even if you do have a valid point of view to share. Not even expressing one word of consolation to Bryant's family just hours after his death made the journalist look heartless and shrill.

So how should last week's two main offenders on social media be punished? Progressives have determined that loss of employment is the proper punishment for a host of perceived offenses but, in Akman's defense, he said that his barber was passing out surgical masks to everyone. We'll never know for sure if there were extenuating circumstances because firings like his happen so quickly today, especially when a progressive-leaning organization like CTV's involved. The mob gets hungry.

My suggestions for CTV would be to assign Akman to do a report on how Asians have been unfairly treated during times of disease panics. We need to start looking for more creative solutions when such racially-charged incidents occur—ones that yield something positive rather than satisfying a sort of bloodlust.

As for Felicia Sonmez, the Post initially said her tweets were in violation of its social media policy, but later backed off and announced that they were merely "ill-timed." Tracy Grant, managing editor of the Post, ordered Sonmez to delete her tweets and told her that she was being placed on administrative leave, but journalist Matthew Keys reported that his source at the Post told him the honchos there were actually more concerned that Sonmez had posted screengrabs revealing the full names of angry people who'd contacted her, something that could put them in legal jeopardy.

So we don't really know all the details of Sonmez's suspension. If she didn’t violate Post guidelines, then it's not fair to suspend her just for her "ill-timed" tweets, as it sends a chilling message to all journalists that they can be suspended for violations they're not aware of. If Sonmez put the Post in legal jeopardy by acting unprofessionally and identifying people inappropriately, that's another matter.

Anyway, enough time has passed to address Sonmez's poorly-timed point. Kobe Bryant initially lied to Colorado police in denying that he'd had a sexual encounter with his accuser, and her blood was found on his shirt. A medical exam found evidence indicative of rape, including vaginal lacerations and neck bruises—Bryant admitted to "strangling" her during sex. Shortly after the incident, the woman told her friend, a bellman at the resort where the incident occurred, that Bryant had forced sex on her. Rape charges were filed against the Lakers' star, but dropped when the accuser refused to testify. After settling a civil suit with the woman, Bryant apologized to her publicly and said he'd come to realize that his accuser didn't feel at the time that the encounter was consensual.

When people say that Kobe Bryant's legacy is "complicated," this is what they mean.