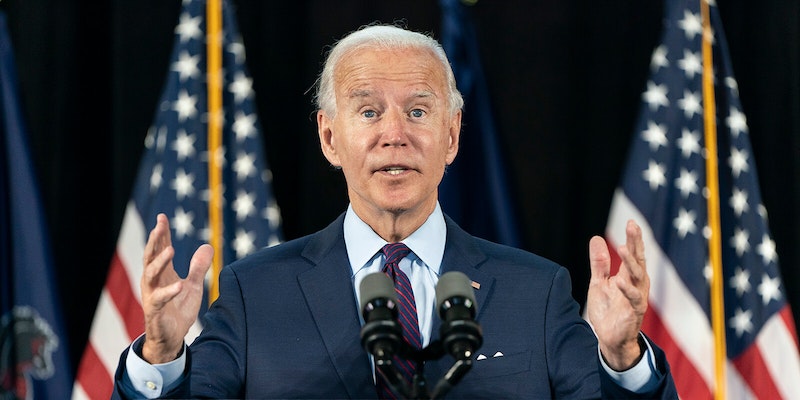 President Joe Biden has ordered government health insurance markets to have a special sign-up period for people who lost their jobs as a result of COVID. While this could probably be said for a lot of executive orders, not just those from this president, one has to wonder whether this one was necessary.

It’s a fact that people have lost their job due to COVID. Others may have been given the pink slip thanks to shutdown orders from the government. While I hope people find jobs, and better-paying ones at that, Healthcare.gov already offered people a chance to get an insurance plan in the event of job loss.

Buried in the glossary of Healthcare.gov is a page explaining what are called Qualifying Life Events. These events cover a lot, including a change of jobs, marriage, divorce, and “losing existing health coverage, including job-based, individual, and student plans.”

Now, maybe Biden is unaware of the Qualify Life Events for coverage on Healthcare.gov. To be fair, the Affordable Care Act—Obamacare—is a massive bill. We may never know whether House Speaker Nancy Pelosi finally got around to seeing what’s actually in the bill. The same goes for the other Democrats who joined Pelosi in approving the measure that President Obama signed into law in 2010.

Meanwhile, a special enrollment period may not actually involve that many people.

“In 2019, it was estimated that there was about 28.9 million uninsured, and the estimate right now from the Congressional Budget Office (CBO) is that perhaps 31 million were uninsured in 2020,” Merrill Matthews, Ph.D. of the Texas-based Institute for Policy Innovation told me. “Given how traumatic the COVID-19 pandemic has been, that’s not actually that big of a number who lost their coverage.”

So why the big announcement about an enrollment period for an already announced enrollment option?

“The interesting issue here is the Affordable Care Act has the number of people it covers in the exchanges has been declining since 2016,” said Matthews. “It’s gone to really abysmal numbers, I mean, there was 11,400,000 in it in 2020.”

“That figure had been true for years,” Matthews continued. “So, it’s actually a very low enrollment that that they have in this, and one of the things that you want to do if you want to try to get that up and make that a better program is open the enrollment longer so that more people will actually join it.”

During the 2020 Democratic Party presidential nomination campaign, then-candidate Biden said he didn’t want to move toward a Medicare for All system. Instead, Biden vowed to continue on with Obamacare.