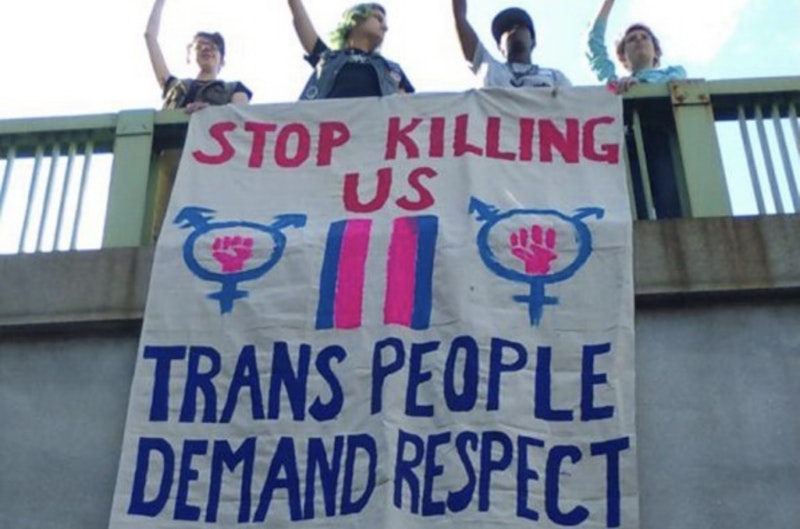 President Joe Biden is already proving to be a better friend to the LGBTQ community than his predecessor. During his first week in office, Biden issued an executive order extending federal LGBTQ protections, reversed Trump’s trans military ban, and included gender-neutral pronouns and honorifics on the White House’s contact page.

With these victories came the inevitable backlash. Abigail Shrier, author of the controversial book Irreversible Damage: The Transgender Craze Seducing Our Daughters, denounced Biden’s executive order on Twitter, claiming that it “unilaterally eviscerates women’s sports.” Other self-described “gender critical” (i.e., anti-trans) feminists agreed, creating the hashtag #BidenErasesWomen to voice their opposition. Meanwhile, at least 14 states have introduced a slew of anti-trans bills. Contrary to what lawmakers and gender critical feminists say, it’s not about “protecting women and children.” It’s an organized effort to legislate trans bodies based on misinformation, ignorance, and bigotry.

Earlier this year, Montana lawmakers introduced HB 113, which would’ve barred health care professionals from providing gender-affirming services to trans adolescents such as puberty blockers and hormones. The bill died on its third reading in a narrow 51-49 vote on January 26 after five Republicans who initially supported HB 113 changed their minds. Similar bills in Utah, Alabama, Missouri, Texas, Mississippi, Indiana, and New Hampshire are still on the table.

The argument supporting these bills is the same that Shrier makes in her book, which is that providing puberty blockers and hormones to minors can cause a lifetime of damage. The facts are more nuanced. According to the Mayo Clinic, puberty blockers don’t change an adolescent’s body permanently. “Instead,” the Mayo Clinic’s website explains, “it pauses puberty, providing time to determine if a child's gender identity is long lasting.” If a child decides not to continue medical transitioning, normal development will resume once the child stops taking puberty blockers.

A talking point among anti-trans activists is that 70 to 80 percent of adolescents diagnosed with gender dysphoria eventually grow out of it, or “desist.” The exact numbers are hard to pin down. A 2008 study found that 61 percent of children with gender dysphoria desisted by the age of 29, while a 2019 study found that about 10 percent desisted within 18 months of seeking treatment. The 80 percent number comes from a 2013 study which initially reported that out of 127 Dutch children who sought gender-affirming health care at a clinic, 47 of them still went to the clinic as adolescents, while 80 of them stopped. It was initially reported that the 80 desisted, but as Jame M. Cantor and Jesse Singal respectively point out, only 56 of the 80 said they desisted, while the rest didn’t respond to the researcher’s questionnaires. The actual study says 54 percent desisted, not 80.

Cantor and Singal—who’ve been heavily criticized for their views on trans issues—conclude that most children who initially report having gender dysphoria eventually grow out of it. Even if this is true, making gender-affirming care for children illegal isn’t the solution. A study published in Pediatrics last year shows that having access to puberty blockers in adolescence reduces the risk of suicidal thoughts in transgender adults. Is it worth risking the lives of trans kids who legitimately need puberty blockers and hormones because a few might later change their minds?

While Montana’s HB 113 has been defeated, HB112 remains. Known as the “Save Women’s Sports Act,” the bill seeks to ban young trans girls from competing in girls’ sports. This is the latest example of an ongoing debate; the main argument against including trans women in sports is that since trans women naturally produced testosterone for a significant period before undergoing hormone replacement therapy (HRT), they have an unfair physical advantage over cis women. Once again, the truth is more complex.

Medical physicist Joanna Harper, who’s also an athlete and a trans woman, published a study in 2015 that looked at run times for eight trans distance runners over a seven-year period, and found little difference from cis runners’ times. Likewise, a 2017 literature review found “no direct or consistent research” that proves trans women have an unfair physical advantage. However, a 2019 study shows only modest changes in muscle mass in trans women after a year on estrogen, as did a more recent study that looked at the athletic abilities of trans women serving in the Air Force.

It's still no excuse to outright ban trans women from sports because rules can be adjusted. Dr. Timothy Roberts, who led the most recent study, told NBC News he suggests making it so trans women athletes have to be on HRT for at least two years instead of the International Olympic Committee’s current one-year rule. Even then, Roberts pointed out that many cis female athletes have physical advantages over others. “We have a lot of elite female athletes who tend to be tall and thin with slender hips,” he said, “and we're not outlawing them.”

HB 112 and HB 113 are just the latest attempts to banish trans women from public life. Like bathroom bills, these new bills perpetuate the idea that the trans rights movement seeks to harm women and children. No evidence supports this; trans people, for the most part, just want to live their lives in peace with full bodily autonomy like everyone else.