We Believe in What?

Democrats don't have to worry about a personality cult with Biden, but the ideology they've fallen for is cultish. 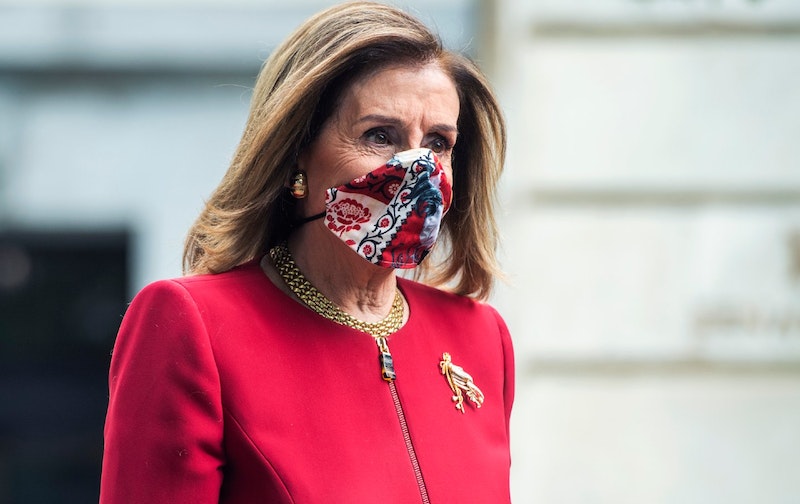 Donald Trump's retreated south to Florida, stripped of the nuclear codes and fairly harmless, at least for the time being. Let's breathe a sigh of relief because Joe Biden's at the helm, getting busy returning us to normalcy. He'll have to be a better president than Trump, unless he gets talked into some disastrous foreign entanglement, which isn't out of the question. Biden’s an old hack of a politician who failed the biggest test of his lengthy political career when he let George W. Bush and his neocon handlers dupe him into voting for the Iraq invasion, so we'll just have to hope that he learned his lesson.

Trump was able to transform the GOP into a personality cult that reached its apotheosis on January 6 when a MAGA mob stormed the Capitol with mayhem (or worse) on its mind. Democrats don't have to worry about a personality cult with Biden, but the radical progressive ideology they've fallen for is cultish. We're now supposed to return to being reasonable people, but we never were reasonable to begin with. And progressives, as much as they'll deny it, are far from immune from this tendency. Just because they don't flock to creation museums and megachurches doesn't mean they don't live in their own fantasyland.

The worst-case scenario merits an examination, and the Democratic Party, certain that it's on the "right side of history," is brimming over with good intentions that can spiral out of control. In fact, the stage is now set for the worst excesses of the Democrats to run rampant. The party controls the House, the Senate, and the White House. And while the media's job is to hold power accountable, regardless who's in power, instead they're rolling out a permanent welcome mat for Biden, because it would be ungrateful to be critical of the guy who rescued us from Trump. But the voters are the ones who've done the rescuing, and since millions of voters are also grateful that their daily torment's been relieved, they're bound to go easy on the new administration. Perhaps they'll even go along with the media's beatification of vice president Kamala Harris, the grinning face of left-wing authoritarianism who we're expected to see as a progressive hero.

Trump is just the latest—albeit extreme— example of what's happened for more than two centuries in a nation with an attachment to fantasy. The most pervasive has been religion, as it provides a belief system that provides a structure for life that many feel a need for. Democrats have turned away from religion for decades, but that's leaving a hole they need another guiding ideology to fill—a secular substitute for religion that's often based on as flimsy a foundation as religion.

The progressive secular religion, which is dogma cloaked in compassion and social justice, is called "wokeism," which encompasses such sketchy concepts as white fragility, white privilege (sin), whiteness (sin), intersectionality, political correctness, cancel culture (damnation), identity politics, and anti-racism. This ideology, derived from the Frankfurt School's philosophy of Critical Theory, is religious in nature. It also offers a path to redemption, but only for those who haven't yet committed a public sin. The unfortunates who've transgressed are damned permanently. It's a harsh, unforgiving religion that in many ways resembles Puritanism.

The new progressive religion is well-intentioned, which is what makes it so dangerous. In the 1960s, the Chinese Red Guard's intentions were "pure" too, if you're naive and can't distinguish between sincerity of intent and an obvious power play. The Red Guard wanted to wipe out every societal norm and start over again with a clean slate that provided no resistance to their ideology. This is also the goal of extreme progressive ideology, and you see it in things like the recent decision in San Francisco to remove Abraham Lincoln's name from a public high school, which is a long way from taking down Confederate statues in places like Richmond.

Progressive extremism is a power play designed to dupe those who want to consider themselves good people who care about the underprivileged. This ideology pressures individuals into judging guilt or innocence based on group identity rather than behavior, and asserts that logic, science, and reason are the favored tools of the oppression of the white power structure. With progressives in control now, this is the challenge we face. Most of the danger, however, doesn't reside in the White House. It's at the bureaucratic and administrative levels that the new rules will be enforced. If I were an enemy of the U.S., I'd be happy to see that progressives have now divided all of the underprivileged into so many groups that solidarity's impossible. Constant societal turmoil's inevitable.