Between a Second Clinton Presidency and Hell

How can I vote for her? 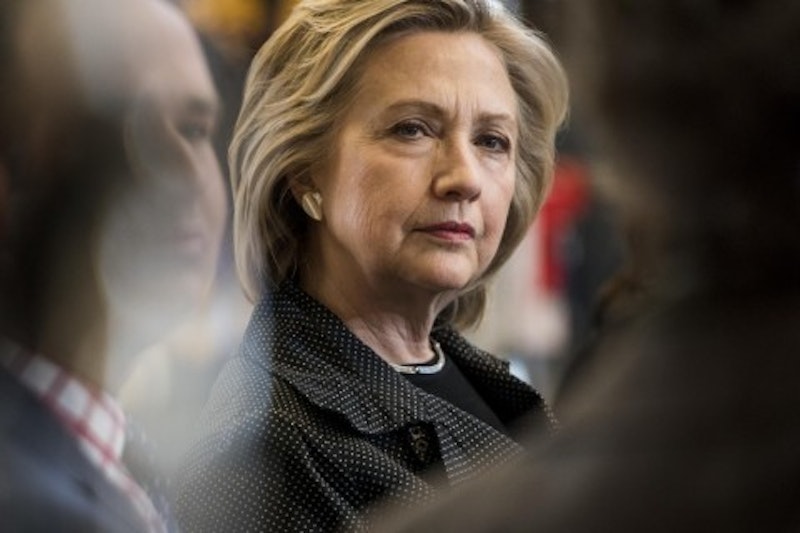 Recently, I wrote a negative article about Donald Trump. This placed me on the side of the reasonable readers of this site. No one wants to see America descend into a good old boy party for the next four years. Whether or not the candidate himself actually likes his supporters is questionable. Yet Hillary Clinton is just as much of a bitter pill to me.

I don't want another Clinton presidency, but as the Sanders campaign loses steam it’s inevitable that I'll have to support her. The “a vote for Hillary is a vote for women” message is divisive and unconstructive. It implies opposition to Hillary is a vote against women. There is a level of Inquisition-style confession-extraction here. Seemingly, if you’ve ever had problems with women then the best thing you could do in 2016 is to cast a vote for Hillary. I get the sense that Bernie Sanders is just as much of a feminist as Hillary.

I also have reservations on the issue of serving a minority of voters. Hillary is giving the mistaken impression to some young women that a majority of her presidency would be focused on women's rights. One of the lessons from Obama's two terms in office was that he was unable to make his administration solely about the plight of a specific voter base that overwhelmingly helped him into office.

During the campaign, Hillary has rarely been asked to justify her popularity among minority voters. Conversely, there’s been noticeable outreach from the Sanders campaign. There are several excellent interviews between Sanders and rapper/political activist Killer Mike about where the candidate stands on race. Sanders doesn't dangle the tantalizing promise of economic change specifically for poor black communities. This is the most significant subtext of the Obama campaign that’s resulted in the most visible frustration when people say he’s fallen short of their expectations. I doubt that Hillary will correct the specific economic situation of poor minority voters when Obama couldn’t.

In conversations with peers about Hillary, the word I hear tossed around more than "feminism" or "minority" is "cold." Hillary’s such a career politician that her untouchable air, superior detachment, and deft calculation are repellant. She doesn't connect with her constituency with the same ease as Obama. I question how liberal she’s willing to be. Her potential ascent to the White House is touted as the only alternative to the fascist Donald Trump, but what’s overlooked are the ramifications of her being the second Clinton president.

I staunchly oppose any political legacy. The results stemming from Bush II were instructive, risking understatement. I say this as a voter who's on the same boat as many others in the 25-40 age bracket—lots of student debt, unable to afford health care. It’s chilling to know that proposals for dramatic healthcare and student debt reform wouldn’t even get a table-read in Hillary's White House. Supporting Hillary for president in 2016 feels like my glass of water in hell scenario.