Being Mean to Laura Linton

It’s the gloves. It’s a lot of things. 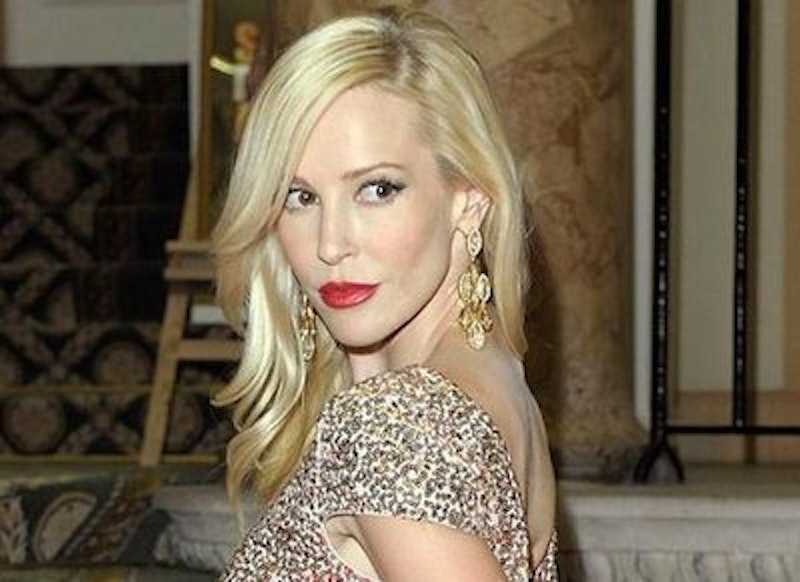 Laura Linton speaks out: “Don’t be mean to me because I wore a pair of gloves.” She’s the wife of the Treasury secretary, and she’s also—quite visibly— a woman from L.A. who loves the gym and has some sort of demi-career in the movies. “She’s prettier, younger, and skinnier than the rest of us,” says Kellyanne Conway, spinning why the women of official Washington dislike Linton. I see another reason. Linton’s a needy asshole who flaps her mouth. That’s why everyone dislikes her: Treasury employees, Washington wives, people on Instagram, anybody who saw that picture with the gloves.

Washingtonian, in its new profile of the gal, opens with the gloves incident. As Treasury secretary, Steve Mnuchin asked his wife to come to the mint and see all the new dollar bills with his name on them. Man and wife posed for a photo, one that included the bills. These were present en masse, and along with them there was Linton with her gloves (“a statement pair of elbow-high leather gloves,” in the words of Washingtonian), Linton’s husband with his smirk, and Linton’s own tight oval of a face wearing a half-smile set at a tilt. Her gloved fingers rested over her husband’s hand, which gripped a sheet of bills. People hated it. “I didn’t take the bloody gloves off because it was cold!” Linton tells Washingtonian. “It was a little bit of a chilly day.” Of course, you or I might note that the picture was taken indoors. But let’s return to the witness: “Whatever. I liked that outfit, okay?”

Linton’s other blotch with the public is the Instagram incident. First, she posted a picture of herself and her man getting off a military jet, a picture that tagged the brand names of her clothing and accessories. Second, she spent 150 words and four emoticons responding to a comment by an Oregon housewife who’d objected to the picture. Linton’s response began “Aw!!!” and found its way along to “Have you given more to the economy than me and my husband?” and “Thanks for the passive aggressive nasty comment” and “Your life looks cute” and the killing touch: “Go chill out and watch the new game of thrones. It’s fab!”

Stepping on a housewife—“not a great look,” as Washingtonian puts it. The article gives us the aftermath, or alleged aftermath: “Linton will now have you know she has found her footing… She has made peace with the whole Instagram fiasco. She apologized, felt deep remorse for what happened, and has moved on—even if others haven’t.”

I’ll make a point that the article doesn’t. If Linton had really felt remorse, she’d understand why people hated the gloves picture. She’d know that everyone who saw this picture had already seen her demonstrate arrogance. She’d know that arrogance was something she had to watch for in herself, and that she had no reason to expect others not to watch for it. But none of these thoughts occurred to her.

I’m tougher than Washingtonian. The article takes pot shots at Linton, but it takes more at the stodgy Washington biddies. “In reporting this article, I wasn’t surprised by how many prominent DC women were eager to bash Linton (all off the record, of course),” the writer, Elaina Plott, says. “Rather, I was surprised by how many seemed annoyed—offended, even—that she had never seemed desperate to get to know them.” For her part, Plott says she found Linton “to be introspective and quite witty.” The problem? There’s this “circumscribed code of Washington that Linton, after one year in town, still didn’t seem to get,” the article says.

I’d say this Washington code is one of many things Linton doesn’t get. For example, don’t publish a book of memoirs centering on improbable black people and how they loved you. Linton self-published such a volume, the now-unavailable In Congo’s Shadow: One Girl’s Perilous Journey to the Heart of Africa. The profile treats this subject with horror and a good deal of dispatch, referring briefly to Linton’s “bizarrely inaccurate memoirs” and saying she removed them from sale “after a brutal public skewering.” For details one must go to BuzzFeed, which tells us the book’s characters included Zimba, described by Linton as a "smiling gap-toothed child with HIV whose greatest joy was to sit on my lap and drink from a bottle of Coca-Cola."

Linton wrote that in her mid-30s. Now she’s in her late-30s and undergoing reflection. She thinks about the Oregon housewife and the Instagram blow-up. “I suppose it came from a sense of lacking self-esteem,” Linton says. Who could disagree? She isn’t a mean sort, or not primarily. On the other hand, she’d never qualify as nice, she refers to Mr. Mnuchin as “hubsies,” her Chihuahuas have Louis Vuitton collars, and she thinks black children adore her. She wants attention. She tries too hard. She wore those gloves and smirked next to the dollar bills. She’s a narcissist ding-dong and it’s a shame she’s mixed up in government. But really, our government has a much bigger narcissist to worry about.