Are Your Balalaikas Ringing Out?

Russian subterfuge fatigue and the myth of Putin as influencer. 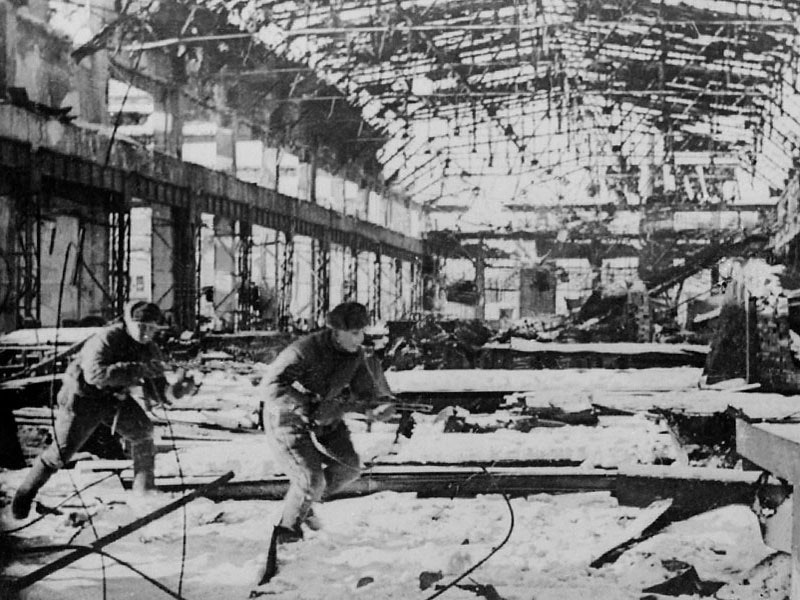 I tuned out of almost all coverage of Russian subterfuge a long time ago. It’s so fatiguing and so far has amounted to very little: yes, there’s Cambridge Analytica, there’s Donald Trump’s uncharacteristic deference to Vladimir Putin that suggests Russia has major blackmail on him, and diplomats being expelled, punished, or poison. It’s become business as usual unfortunately. The major revelation—that Russia had a measurable impact on our presidential election and actively tried to hobble Hillary Clinton and promote Trump—came out over a year ago.

What can you do about it? Hillary isn’t going to be installed ex post facto if Trump is impeached (unlikely, even with the blue wave that’ll likely come with the midterms), and most of the people fixated on Russia find false flags and “bots” everywhere, especially whenever Bernie Sanders is mentioned. Putin’s a monster and Trump’s implicit endorsement of him and other dictators like Duterte is disgusting and frightening. But what are you going to do? Boycott Russian goods? Can you name any? Perhaps symbolically giving up vodka is the way to go. Pick up a smoking habit and buy American Spirits exclusively. That’s just as good as a flag pin.

David Brooks asserts that Putin is “the most influential human being on the planet,” a rebuke against liberal democracy’s dispersion of power. Brooks writes, “Everybody expects him to ultimately falter because Russia’s economy is so creaky. But his hand isn’t that weak. That’s because his power base is not economic; it’s cultural and ideological.”

Has authoritarianism spread to the West? Well, not really—Brexit and Trump were spasms brought on by cynicism and distrust of impersonal institutions and organizations, and the vox populi screamed “fuck you” and threw a grenade in bureaucracy’s maw. Brooks goes on to say, “Putinism is based on the idea that people who are unlike you are sowing cultural chaos; they are undermining your way of life. Putin is continually railing against gays, Muslims, atheists, the ‘infertile and genderless’ West. In times of anxiety and distrust, it’s a lot easier to sell us/them distinctions than tolerance for cultural diversity.”

This is all so 2016. Activism in the West is alive and well, an unexpected side effect of Trump winning: everyone started paying attention, millions of people started marching, and millions more are now voting in special elections and preparing for a Democratic win in November. Nobody fucks with Putin in America: wannabe tinpot dictators like Trump admire Putin, wish he could be Putin (or Duterte), and bitch and moan when authoritarianism doesn’t come so easily in America.

Brooks ends his column with this: “[W]hen you pause to ask who is the global leader of the liberal democratic camp, you come up with no name at all.” So what? Why does it need to be one person? Look at the gun control march on Washington a couple of weeks ago: this is the first time Generation Z has gotten any news coverage, and unlike Millennials, it’s been glowing: some of these kids were in elementary school when Sandy Hook happened, and as I’ve written before, I can’t imagine what they go through every day going to school with legitimate cause to worry about getting shot in the head by some fucknut who’d rather go out with the in vogue “super-suicide” and take the innocents with them.

Focusing on Russia is a balm for MSNBC and The New York Times op-ed page, who would rather bloviate about Putin’s “charisma” (???) and interview blue dog Democrats who voted for Trump, as if any more insight can be gleaned from that slice of the country. Trump’s callous neglect of Puerto Rico, his routine deregulation of environmental policies, unnecessary trade wars, and now a gathering of bloodthirsty hawks like John Bolton in the cabinet are much more worrisome and pressing issues that Putin’s influence on the West.

On the other end of phoned-in stupidity, Thomas Friedman asked, “Is Putin a C.I.A. Agent?” It’s a good headline, a nice hook, and a decent bit of clickbait, but it overshadows an otherwise mostly reasonable response to Brooks’ fixation on cult of personality. Friedman insists that Putin’s brand management at the expense of his country’s economy and his people is some sort of psy-op: gonna go out on a limb here and say, Friedman wrote this one in the back of a Lincoln Town Car. But if you can get past the headline, he dispels any notions of Putin’s influence outside of his own country and other states that are already ruled under iron fists. I won’t quote Friedman’s silly “beef/sugar cube” analogy, but the gist is that Putin is shortsighted and very foolishly ignoring any kind of long game.

Again, things felt so much more dire in late-2016 after the election when everything was up in the air, and for the first time in 15 years, the future suddenly looked completely blank. But people are paying attention now, and the blister has been popped. 2017 saw a lot of pus ooze out, but I don’t think the West is looking for some straight-talking, inexperienced “everyman” to run the free world anymore. They just want stability and safety. No one is looking to Putin for inspiration.