All Roads Lead to Fascist Rome

Every way you turn lately, something brutal. 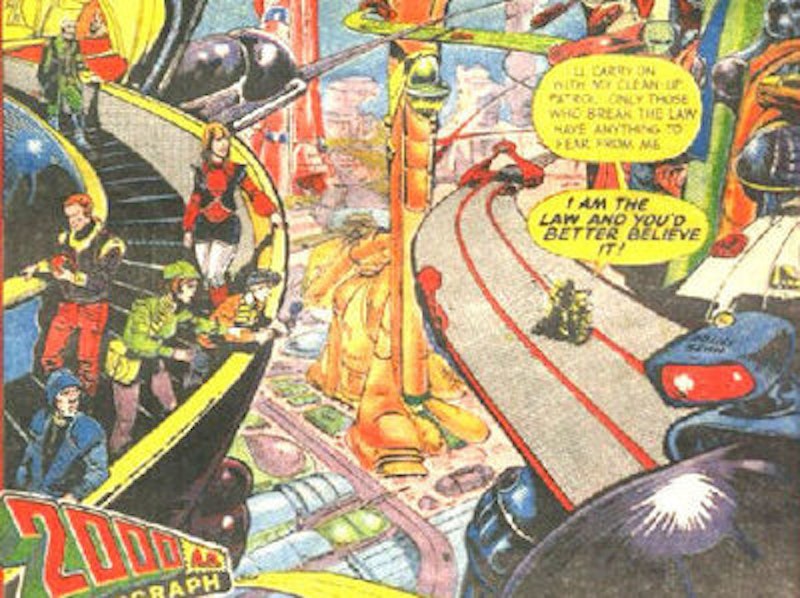 While everyone else was watching the thriller A Quiet Place this past weekend, I’m pleased a few saw the subdued, arty You Were Never Really Here, with Joaquin Phoenix as a troubled, hammer-wielding hitman up against a powerful elite conspiracy of child molesters. It captured, as few films do, the claustrophobic feel of trying to make heroic decisions while not even knowing the full magnitude of the threat you’re facing, only that it’s vastly more powerful than you are.

The movie doesn’t seem to have gotten very wide distribution, which I’ll assume is either because it offends the actual ruling conspiracy or just because people would prefer to watch likeable heroes who might have a chance in hell of winning.

I’m not opposed to conventional heroic fare, of course, and am pleased to see that this month also brings Marvel’s climactic Infinity War movie, Black Panther nearing the point at which its box office haul will surpass that of reigning solo superhero champ The Dark Knight, and Superman’s 80th anniversary in print in the form of Action Comics issue #1000. (I realize not all comics are about superheroes, too. This month also saw the arrival in the mail of my copy of the band bio graphic novel Tales of the Smiths.)

But in my increasing cynicism, or growing awareness, I keep thinking that one ought to peel society’s noble fictions away and confront the horrible things lurking underneath. Our real-world strongmen and powerbrokers can’t be trusted. Now, when I look at Action Comics #1000, I’ll unavoidably be reminded that this month also saw deceptively harmless-looking actress Allison Mack, who played Clark Kent’s pal Chloe on the TV series Smallville, in the news for her ties to a brutal sex cult leader arrested for human trafficking in Mexico (their cult branded its sex-slave members with Mack and her co-leader’s initials).

Similarly, even as I look forward to seeing Black Panther in Infinity War, I can’t help but wonder if his recent solo film being the first Hollywood movie shown in Saudi Arabia since 1983 has something to do with the fact that the film is about a traditional yet change-bringing prince, newly come to the throne, who wants to open his sheltered kingdom to the outside world and rescue it from enemies with the help of a friendly white CIA agent. How many layers of coordination were involved here, and how long ago did they start being put in place?

Maybe that fake movie production the CIA did in the 1970s to conceal a covert operation (the one depicted in Argo) has inspired them to switch from doing fake movies that use Jack Kirby comics art to helping internationally distribute real movies that use Kirby art, not that I’m complaining, mind you. (I also still find it very hard to believe that in 2014, on the 25th anniversary of the Tiananmen Square uprising that Chinese citizens weren’t supposed to mention, China just happened to find itself flooded with millions of t-shirts for the Taylor Swift album named after her birth year, resulting in millions of Chinese chests saying simply “T.S. 1989.” Again, not that I’m complaining.)

I don’t counsel paranoia, but it’s worth keeping in mind the possibility that shadowy people far more powerful than ourselves do some serious string-pulling in this world—and are as outlandish in their way as Legion of Super-Heroes members or the Avengers.

Next week sees Castro’s brother step down from ruling Cuba, even as rumors spread about the uncanny resemblance that Canadian prime minister Justin Trudeau bears to the late Fidel Castro himself, who was friends with and was visited by Trudeau’s left-leaning mom. On a more capitalist note, next week also brings the elevation of globe-hopping international DJ extraordinaire D-Sol (a.k.a. David Solomon) to the position of Goldman Sachs CEO. I kid you not. Are we sure we understand how the world really works?

I just suspect that we’re getting a closer approximation of the truth about the decadence of the powerful from things like the excellent comedy film The Death of Stalin (from the Brits behind In the Loop and Veep) than from things like former secretary of state Madeleine Albright’s ostensibly non-fictional new book Fascism: A Warning—unless the book is a veiled confessional about her own career, that is. This is the woman, after all, who performed a song and dance number for Kim Jong-Un’s dad during the Bill Clinton administration to celebrate North Korea being taken off the “rogue nations” list. Her song contained a rhyme about how NK used to be “rogue” but is now “so vogue.” Ha ha!

At the time, the Albright performance reminded a comics-editing friend of mine of the Weimar-like song and dance sequences from dark Judge Dredd comics, and he asked me, pained, “Are we living in Mega-City One?” Yes, I think we are. And as in Weimar, it’s getting harder to tell the fascism from the anti-fascism through all the layers of irony, of course.

I think we’re pleased Roseanne has the courage to lean pro-Trump on her new sitcom and thereby capture the mood of part of the public, right? But then again, she’s also had her photo taken dressed as Hitler baking victim-cookies in an oven. But that’s obviously a joke, right? Then again, former Vanity Fair staffer Kurt Eichenwald tweets that it’s still offensive and that those cookies make him cry by reminding him of his uncle Antosh, slain by Nazis as a child. But wait, Eichenwald is patently insane, right? And if it wasn’t funny before that we’re debating Holocaust cookies, it is once Eichenwald weighs in, isn’t it? Hold on, though, even if he’s nuts enough to make us lean back toward Roseanne, National Review weighs in to remind us she’s also nuts.

It’s as if all efforts to rein in the craziness lately just lead to more craziness.

Think pro-life former National Review writer Kevin Williamson is too extreme on abortion? Oops, you’ve unleashed a lefty Twitter mob that gets him fired from the ostensibly open-minded Atlantic. Then the Atlantic’s head editor unhelpfully weighs in to clarify that the problem isn’t that Williamson’s views were too extreme but that they might have upset his female colleagues who’ve had abortions—“progress” via fragility, I guess. Two steps forward, one back, one… sideways? Two… up? Crawl?

Suppose you just think discouraging crass Nazi jokes might bring greater civility. Oops, you’ve just encouraged Scottish police to do things like arrest a YouTube prankster, being sentenced this very month, for the terrible crime of teaching a pug to do a Nazi salute when he hears phrases like “Sieg Heil.” Steven Spielberg can show CGI dinosaurs chasing cars in his new movie Ready Player One, but will he be permitted to show a real monkey doing a Nazi salute in the future, as he did in Raiders of the Lost Ark?

Don’t be so sure. Metro London police have issued a warning that you can now be arrested over there simply for doing things that might be perceived as motivated by hate, even if they actually weren’t—and even if the action in question is not otherwise harmful or criminal. Furthermore, the “victim” need not be the one bringing the complaint. It can be a third party witness—and that witness, they note, can simply be the arresting officer himself. So, if an officer thinks you have hate in your brain, or at least claims to think you do, you can be arrested without doing anything else wrong. And still the people of the UK have not risen up and overthrown their government.

Meanwhile, in North Carolina, cops beat a man for jaywalking, and the only consolation is that his name should at least make it easy for people to remember the basic details of his case: Johnnie Rush. And wait: before you conclude that incident is a reminder to simplify your rubric for spotting fascism by looking at skin color, recall that Winnie Mandela, who passed away last week, was both a foe of Apartheid and the orchestrator of gang murders of black teenagers. There are so few heroes.

If I oscillate between wanting to keep agitating for liberty and wanting to retreat into childish escapism, though, at least this month also offers a nicely-crafted compromise: Wes Anderson’s stop-motion animation comedy Isle of Dogs is arguably his best movie and his most anti-fascist (not to mention his most pro-dog), depicting a power-mad, canine-hating mayor. I’m less and less sure how to prevent such mayors in real life, but if you’re rooting for the dogs to escape from Trash Island, at least your heart is in the right place at a time when few hearts or heads seem to be functioning properly.

I don’t want to end my days a mushy sentimentalist, but that seems like a decent start. If that fails, remember, we risk people resorting to Joaquin’s hammer.