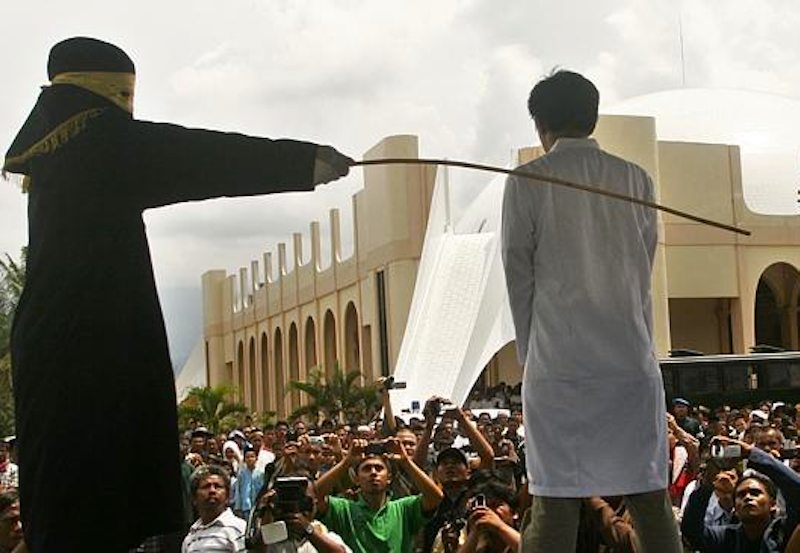 Trying to sound tough after the Nice atrocity, Newt Gingrich insisted all people with “Muslim backgrounds” get tested and deported if they revealed themselves as believers in sharia law, adding that anyone who visited a website associated with ISIS or Al-Qaeda should be prosecuted as a felon. This sounds like something an eighth-grader might come up with when called upon in class to propose an anti-terrorism plan.

The former Speaker of the House had a valid point in noting that sharia is incompatible with Western civilization, but the U.S. can't just start deporting people who were born here because of ancient beliefs. Sharia takes on many forms and can he used as a blunt instrument of oppression, but there are constitutional and practical reasons why his “brainstorm” was met with derision on both sides of the political aisle.

David A. Graham, writing for The Atlantic, did a nice job of dismantling Gingrich, but he stumbled when attempting sharia: “To suggest that Muslims are acceptable as long as they don’t believe in sharia is a little like saying Christians are OK as long as they don’t believe the Gospel. In other words, any practicing Muslim believes in sharia. It’s simply a code of behavior and law in the religion, just as in any other religion.”

That wasn’t written by someone on the political right. It sounds more like Islamophobia-obsessed, pro-Hamas Muslim lobbying group CAIR. Conservative views on sharia (not to mention those of Islam apostates and non-regressive liberals) are far less sanguine than Graham’s. Some cities have even gone as far as to enact legislation banning sharia law or any unlicensed courts to prevent a parallel justice system from creeping in.

Graham gets murky when he makes the comparison between sharia and the Christian Gospel, which has the theme of salvation and a focus on the death, burial, resurrection, and the appearance of the resurrected Christ. Sharia is grander in scope than the Gospel, serving as a moral code and Islamic religious law that addresses crimes, politics, and finance, and even hygiene, prayer and diet. As the ideology of Islam tends to erase Western-style barriers between religion and state, Islam-based theocracies are vested with tremendous authority to regulate the private lives of their citizens, right down to the bedroom.

For example, Islamic legal tradition states that dogs are "unclean" animals generally unacceptable as pets. In 2012, a Dutch Muslim politician called for a ban on dogs in The Hague. In Spain, two Islamic groups based in Lérida, where around 30,000 Muslims now make up around 20 percent of the city's population, asked local officials to regulate the presence of dogs in public spaces so they do not "offend” Muslims.

Following sharia can have far more serious consequences than banning dogs. A BBC Arabic investigation revealed that hundreds of women in the UAE are jailed under laws that prohibit “zina,” or sex outside marriage. Pregnancy is taken as “proof” of the crime. Unmarried couples who have affectionate contact in the “modern” Muslim nation of Indonesia can be caned in the public square.

Take the sad, maddening story of Alicia Gali, an Australian woman drugged in a Dubai hotel bar and taken to her room, where she was raped and beaten. When she went to the hospital, she sealed her fate, insuring that she’d receive sharia “justice.” Her lawyer was told that, per sharia, there had to be four male Muslims at the rape scene to prove the sex was not consensual, despite a medical exam consistent with rape. Taken to an Islamic court, thinking she was testifying against the three hotel employees who’d raped her, Gali was actually on trial herself, and sentenced to 11 months in prison for adultery and one month for drinking. The 30-minute sharia trial rendered the same sentences to two of her attackers, while the third got an extra month for this brutal crime.

Graham explained away the controversy surrounding the many injustices committed in the name of sharia law by comparing the legal code with the Christian Gospel, and writing that every religion has an equivalent of sharia, and then moved on. This is consistent with the regressive leftist narrative that Islam is just another religion, like all the others, and anyone who’d dare criticize sharia law is an Islamophobe.