Great for Cleveland’s economy, but there’s no need for 20,000 media members to attend the GOP convention. 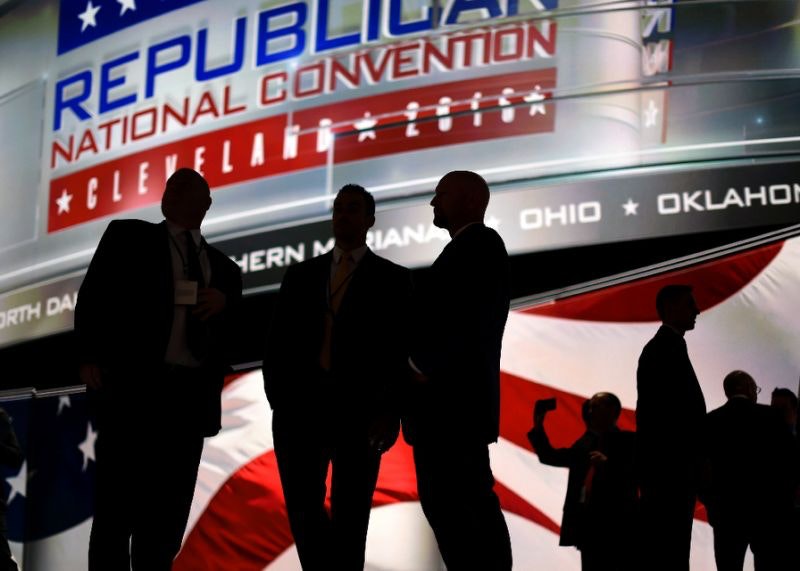 It’s hilarious watching, and reading, the media ramp up the sanctimony to an 11 as they speculate, proclaim, tweet, blog and, on occasion, report on the Republican Convention this week in Cleveland. Did you know that Donald Trump will officially accept the GOP nomination on Thursday night? Until this year, the joke was that representatives of news organizations dwarfed actual delegates to the national conventions by roughly a 10-1 margin. That’s still the case, fairly incredible when you consider how many media companies are nearly out of money. It could be that some men and women are paying their own way; my assumption is most are not. In years past, the vast number of journalists was silly because almost no one watches political conventions—as opposed to decades ago—and the TV ratings reflected that. Higher than a chess tournament, I’d think, but a cooking show? Open question.

I’ll concede that a stripped-down army of media worthies ought to be in Cleveland, if only for the potential protests outside the hall, and because in all likelihood Trump’s show will smash TV ratings records (as opposed to Hillary Clinton’s drink-your-Castor-oil love-in next week, which merits about two hours of airtime) as Americans of all political views will tune in for entertainment value, wondering what nutty tangent the candidate will go on next. Now, reportage on the GOP proceedings could easily be captured on a flat-screen back at home, but that would deny the quadrennial junket where political reporters/pundits gather to… have fun. (I saw a photo tweet early today of geriatric former TV anchors Dan Rather and Tom Brokaw greeting each other; they first met at Al Smith’s Democratic Houston confab back in 1928.)

I’ll be surprised if Trump’s four days in Cleveland don’t generate enormous profits for television companies, but in any case, the convention won’t change a single voter’s mind, even if Trump’s outrageous. He’ll either win or lose in November, and that’s that.

And, unless cataclysmic events change the course of the election—not out of question—there isn’t any need for daily fulminations from the media on the state of the race. The conservative media is in a stew over Trump, and although that was interesting a few months ago, the battle has run its course. Someone please tell Bill Kristol the news. What’s more preposterous, however, is the liberal media still warning its readers—talk about preaching to the converted—about the almost immediate end of democracy, and Constitution, and Party of Lincoln, should the unthinkable happen and closet Trump voters tip the election to the Republican.

Previewing the action, Vox’s Ezra Klein felt it his duty to tell online clickers that Trump’s introduction of Mike Pence on Saturday definitively demonstrated why the developer/entertainer is so dangerous. Never mind that Trump has breached protocol, manners and good taste only about 100 times since last summer, apparently Klein was convinced his Vox readers needed one more lecture. (In reality, he’ll probably write similar declarations every week until November.)

He writes: “As with all things Trump, the speech was funny and magnetic. The guy is great TV. But it was also wrong… Selecting and introducing a vice president is a heavy duty in American politics; it is the most power one person will ever have to potentially choose the leader of the free world. But Trump couldn’t see past himself to match the moment.” Has Klein considered, even for a minute after a glass of pricey wine, that Trump’s refusal to play by pro forma political rules is exactly why millions of Americans are supporting the buffoon?

Klein’s conclusion: “This was a fun speech to watch… But this was also a scary speech to watch, and insofar as the presidential campaign is a test to see who has the character, the discipline, and the seriousness to be President of the United States, Trump is failing it. We need to stay shocked.”

Unless Vox’s demographics show a sizable percentage of conservatives—as likely as the Twins winning the World Series this year—Klein’s article is nothing more than an exercise in pleasing himself.