My Failed Prediction About the Republican Party 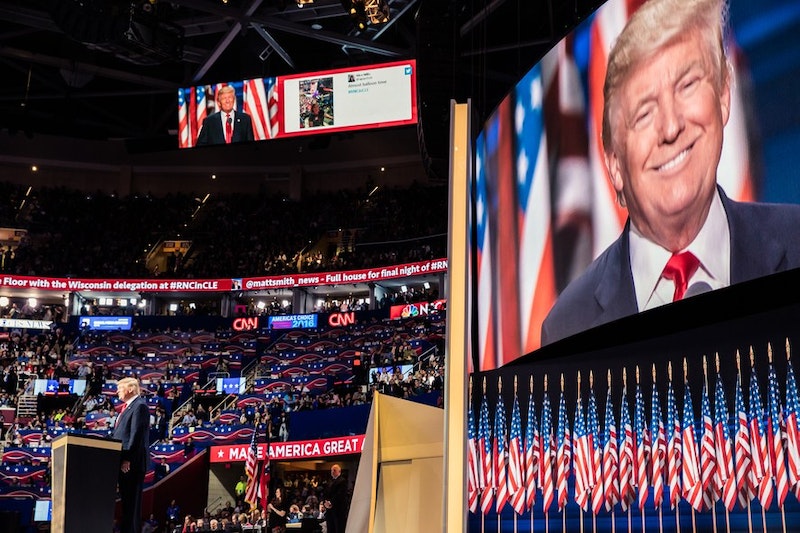 Here’s something I wrote a year ago: “I think it doesn’t matter so much what the GOP’s apparatchiks and voice boxes are thinking next year. They’ll be sitting next to the wreck. If America is lucky, that wreck will be the Republican Party and nothing else. If we’re unlucky, the wreck will be the party plus everything.” Oh, let us sit on the ground and tell sad stories of failed predictions. The Republican Party is hanging in there, thank you. A big new plan for American health care just came out, and it wasn’t written by anyone with a D next to their name. Paul Ryan may not be getting applause, but he’s at center stage. Nancy Pelosi is loitering near the wings.

Note that my prediction didn’t rule out a victory for Donald Trump (“If we’re unlucky, the wreck will be the party plus everything”). That I could get straight. But a GOP that was still on its feet? Given how doomy my Trump prediction was (“everything”?), I should’ve allowed for a Republican Senate and Congress. The fellow couldn’t become dictator without stooges to pass the proper laws. Right? Of course, in a democracy the thought of dictatorship seems like a bad dream, and dream logic tends to rush things. The fall from grace happens, the psycho gets elected, and the rest follows like the walls closing in. But I wasn’t writing a dream, I was writing a political piece.

My mistake grew out of this belief: that the GOP’s a fraud and that eventually people see through a fraud. In the past 25 years, the party’s main contribution to public life has been the Iraq War. The fellow the party just elected president despises the last fellow it elected president—despises him for perpetrating such a cataclysmic screw-up. The new guy announced as much well before he sewed up the nomination. He told his own party’s voters that the previous man had been a disaster, and the voters didn’t mind at all. Of the many issues that dogged Trump’s candidacy, grief for disrespecting the Bushes didn’t get a look-in. The Republican base understood perfectly, it seemed. Nobody said, “What about the tax cuts, what about No Child Left Behind?” Nobody felt any loyalty to anything the party had done since Ronald Reagan left office. William Kristol and others dining in Washington felt differently, but they were paid to.

When Trump won the Republican primaries, the party’s voters served notice that they didn’t believe in their own party. Or so one would think. The Trump dream wasn’t, at that point, the same as the GOP dream. Somebody who bought into Trump wasn’t buying the dream of a society so free and lively that well-funded entitlement programs just slowed it down. Nor the dream of a nation that would strike down evil around the globe. Nor the dream of a nation living by the Bible ways again. But after buying into him, these people re-elected a Republican Congress that likes these dreams just fine. The guy who spat on his own party’s record was elected, and so were the hacks who kept peddling the crap that had produced the party’s record. Why did this happen? For hatred of Hillary and the Democrats, if we go by survey findings about negative partisanship. But I consider this the flipside of the deeper reason. Republican voters want to be dicks when they vote. Figure it that way and Trump looks like a reasonable match for the rest of the team. In fact he crowns it. He reveals the team’s true purpose. So it seems to me, but perhaps you think these things when you lose.