An Obama Call For Marijuana Legalization Would Cinch His Reelection

The President, citing economic benefits and erasing the costly prohibition of pot, could finally make a bold and gusty proposal that would meet favor with a majority of Americans. 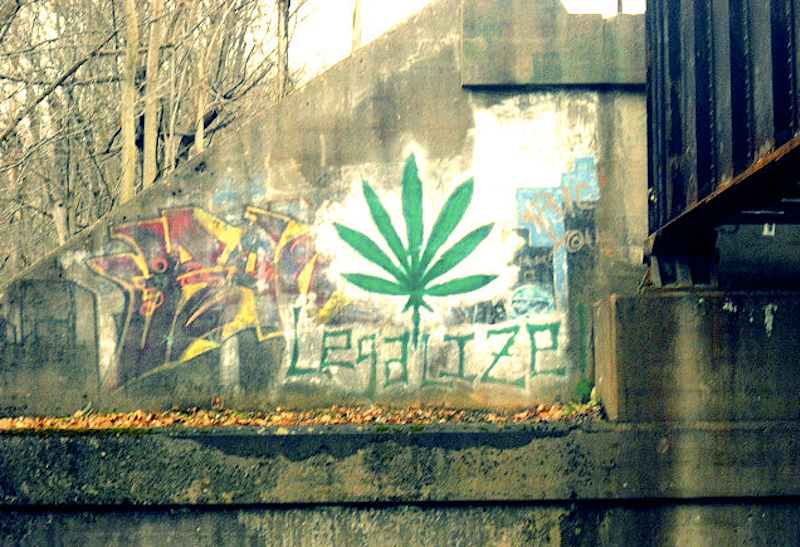 I was caught up short the other day upon reading a New York Times editorial that came inches—well, okay, feet—away from advocating the legalization of marijuana. Funny thing is, the writer (and the Times editorial board) probably didn’t even realize the import of the editorial that rightfully castigated the New York Police Department’s absurd and overzealous hunt for New Yorkers who carry a small amount of marijuana. Noting that even though the city decriminalized the possession of less than 25 grams of the herb back in 1977, since 1996, “more than 536,000 people” have been taken into custody for the “offense.”

It wouldn’t be a Times editorial without some pandering to its niche liberal base of readers, so the concluding paragraph reads: “Young African-Americans and Hispanics, who are disproportionately singled-out in street stops, make up a high percentage of people arrested for marijuana possession—despite federal data showing that whites are more likely to consume marijuana. This policing practice has damaged young lives and deserves deeper scrutiny by federal and state monitors.”

Okay, it’s a timid ending to an important editorial—any time the words “deserves deeper scrutiny” are invoked, you know you’re in Mitt Romney land—and it’s really neither here nor there what the federal data says about the racial composition of marijuana consumers is. The bigger point is that the time has come—actually, better late than never—for the Times and other major opinion-leaders, as they call themselves, to call for marijuana’s legalization.

Which got me to thinking, again, that President Obama has little to lose by demonstrating some guts (for once) and making the end of the marijuana prohibition a major part of his platform. When I first wrote about this after Obama’s election, it was at a time when his political popularity was stratospheric and he could’ve proposed nearly anything without a barrage of criticism. Obviously, the idea wasn’t even entertained, but if you take off the blinders and consider the notion, Obama has nothing to lose now by taking such a stance.

He could point out the benefits in quick fashion: enormous tax revenue from the sale of pot (think of how much money the government takes in from tobacco taxes); the clearing out of wrongfully imprisoned citizens from overcrowded jails, another money-saver; and the time saved by police departments across the country in chasing down and harassing these “criminals.” Obama could also point out that more deaths are caused by alcohol, both in health deterioration and traffic accidents (and actually, drivers who yak on cells and text are even more dangerous, but that’s another subject) than by stoners who drive as fast as grandmothers on the way to an early bird special at the local café. There would be gasps, I suppose, if the President announced this at a press conference or in a primetime address, but if oratory is his forte, he could make it work, just laying out the common sense. After all, almost no one, save the Bachmann/Santorum wing of the GOP, really objects to pot-smoking, as long as it’s done in private.

Okay, the politics of such a bold move: Obama’s in little trouble for the 2012 election in the solid blue states on the coasts, and even those liberal moralizers who like to control the lives of others and figure that smoking pot is somehow deviant behavior, even as they twirl a glass of expensive wine, aren’t about to pull the lever for a Romney, Rick Perry or Chris Christie. Now, it gets interesting. Obama’s in trouble in Southern states, but think about all the jobs that would be created in tobacco-growing states, all the people who’d get off the dole and earn a steady income. That’s a fairly powerful incentive to put their personal feelings about Obama’s liberalism, indecisiveness, posturing, grandstanding—pick your own poison—and vote with your pocket. Virginia, right now leaning towards any GOP candidate after backing Obama in ’08, would stay in the President’s column, as would North Carolina, and maybe even South Carolina would flip blue.

Of course, anything so obvious is usually beyond the grasp of politicians, but in a weird economic and political climate weird things can happen. And if Obama calls for the legalization of marijuana, you can bet his media enablers, after a round of tut-tutting, will fall in line and he’ll secure reelection.

And Mr. President, this one’s on me: free advice in the spirit of boosting the economy and ridding the United States of a very stupid law.