A Plea For Dignified Media Political Coverage is 25 Years Tardy

New York Times columnist Frank Bruni is correct that modern reporters, talk-show hosts and bloggers are often more interested in dirt on politicians than substance. Unfortunately, his admonishment is far too late. 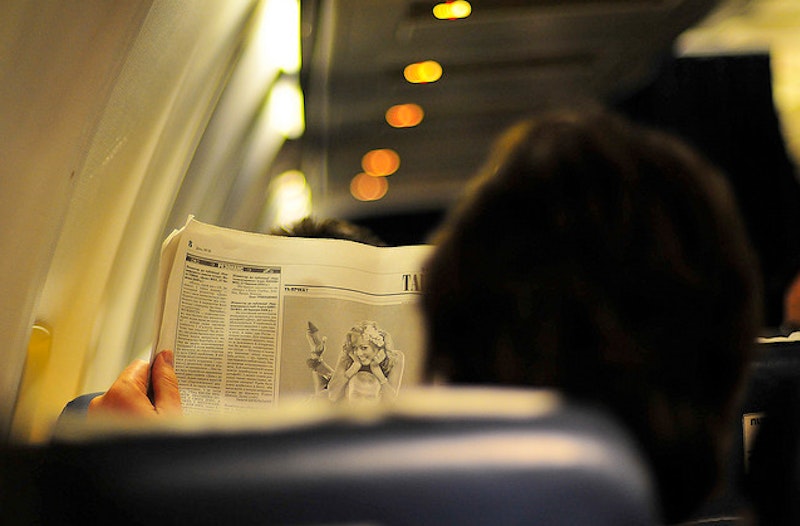 Frank Bruni’s graceful Sept. 24 op-ed pleading for his colleagues in the mass media to put an end to the incessant gossip-mongering and “gotcha” quips in covering politics was the most sensible article I’ve read in The New York Times in months. Trouble is, as true and accurate as Bruni’s words were, he’s far, far too late in making the case. Maybe, and this is a stretch, it would’ve caused notice and been more relevant in 1992 when Bill Clinton’s sleazy personal life was bandied about—not just in what were once derisively called “supermarket tabloids” but the Times itself—but in 2011, calling for a more dignified media is merely a quixotic exercise. Bruni, using two new books—Joe McGinniss’ The Rogue, a jumble of salacious palaver about the self-made media celebrity Sarah Palin and Ron Suskind’s Confidence Men, a decimation of the Obama White House, which Bruni calls a “suds[y] opera”—as the latest examples of a political media world run amok, is rational in making his argument, but he need only look to his colleagues at the Times to see that this battle was lost a long time ago.

Maureen Dowd, no stranger to silly quips and quaffing from the gossip well (one forgets how vibrant a reporter she once was, around the time Michael J. Fox was still making Back to the Future movies) was just filling space on Sunday with another round-up of the last GOP presidential debate, one where failing front-runner Rick Perry was widely panned for his lack of preparation and inarticulate explanation of his position on Social Security. Fair enough: Perry did look like an amateur, and Mitt Romney, incredibly, actually rose above his normal robotic level. But, as usual, Dowd felt compelled to go Hollywood, comparing Romney to Richard Gere’s character in Pretty Woman, and then had a ball poking fun at the candidate’s inconsequential Tweeting in the past week. Oh, and Dowd cracked herself up with the line that desperate establishment Republicans were “drunk-texting” Gov. Chris Christie, trying to entice him into the race.

And one shouldn’t forget the Times front-page story from February 21, 2008, “For McCain, Self-Confidence on Ethics Poses Its Own Risk,” in which the reporters who shared the byline implied that the Arizona senator and presidential candidate was philandering about with lobbyist Vicki Iseman. When that article came out it wasn’t exactly astonishing—readers had become accustomed to such speculation about politicians not just in the Times, but in all of the media, liberal or conservative—but McCain was justified in crying foul. In fact, if you search for the article now, you’ll find at the end “A Note to Readers,” appended a full year later (after the election), saying, “The Times did not intend to conclude” that McCain and Iseman were romantically linked.

Dated as Bruni’s declaration may be, I can’t argue with the following criticism of McGinniss’ book: “I don’t care how exuberantly Christine O’Donnell proclaimed the virtues of abstinence during her 2010 Senate campaign; that didn’t give Gawker an adequate hypocrisy clause to publish someone’s account of a past one-night stand of sorts with her, including an appraisal of her kissing and analysis of her grooming.”

Bruni, like hundreds of journalists before him, worries that the transformation of politicians into celebrities whose every move is fair game for those who traffic in gossip has discouraged able men and women from seeking office. Undoubtedly true, in both parties: Mario Cuomo, derided as “Hamlet on the Hudson” for his indecision about seeking the presidency a generation ago, probably didn’t want his private life combed over by the overabundance of reporters who compete with each other for scoops during a campaign. Similarly, as Bruni notes, it’s likely that Indiana Gov. Mitch Daniels, recognized across the board as a serious public official, acceded to his family’s wishes that he not run, lest their personal lives become a modern-day version of the Louds in the first reality show An American Family.

In fairness, not all politicians are averse to the notoriety they attain once attached to a scandal. Eliot Spitzer, for example, the former crime-bustin’ Governor of New York, caught patronizing prostitutes, fell on his sword and resigned, wife by his side, and in the blink of an eye emerged as a columnist for Slate and a CNN personality. More recently, Congressman Anthony Weiner, who was a bit too aggressive in his use of Twitter to show off his below-the-belt “attributes,” also resigned in modest disgrace, but I’m betting it’s only a matter of time before he re-emerges, maybe on MSNBC, maybe as an online dating entrepreneur. There really is no shame among politicians. It seems like 100 years ago when British Conservative John Profumo, War Secretary, was tripped up in 1963 as a patron of prostitutes. But rather than trying to capitalize on his scandal, Profumo was profoundly embarrassed and spent the rest of the life cleaning toilets and performing other janitorial duties at a charity based in East London. Such humility is unimaginable today.

Bruni’s earnest conclusion is, again, painfully nostalgic. He writes: “If [the media] persist in treating politics as a three-ring circus, we just might find ourselves with nothing but clowns.”

It’s hardly a long-shot prediction that if the public were polled on that question today, a majority would in fact say that yes, politicians are already “clowns."