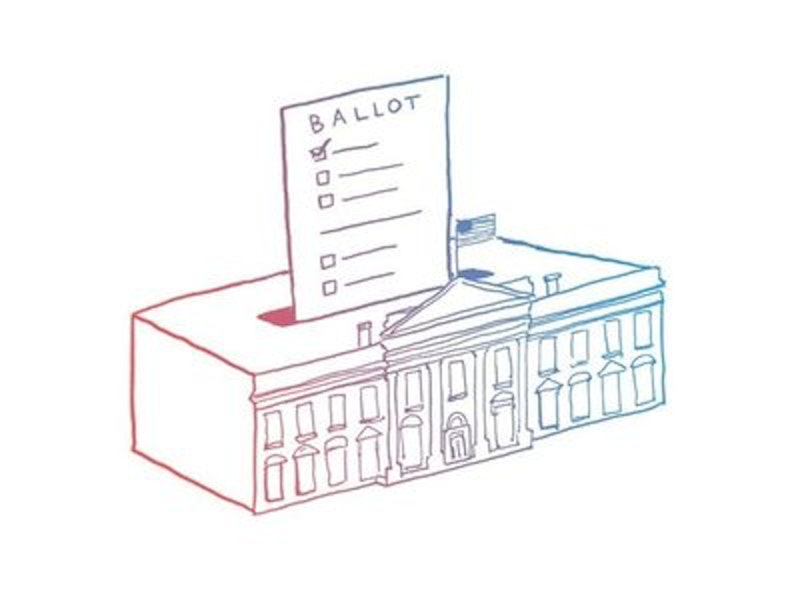 There’s plenty to complain about national politics, even if you’re one of the 30 percent or so of Americans who think Donald Trump is doing a good job. But no matter who you are or where you fall on that spectrum, it’s important to remember that the antiquated Electoral College tainted the vote you cast last November. Unless we decide to change it, the vote you do or do not cast in 2020 will also be tainted. History suggests that won’t happen, because we only care about the Electoral College every four years. We don’t worry about the system that allows a majority of voters to claim all the votes in their state regardless of how close it was, and we don’t care about the system that gives swing states disproportionate power because of this, nor do we even talk about the system that disenfranchises both minority and majority voters in states that lean strongly red or blue, except immediately before and after an election. As soon as the dust clears, we go back to omnipresent arguments, and the system remains.

I’m bitter, but not just because Trump got his job after receiving millions of fewer votes than Hillary Clinton. Even if things had been reversed, even if my candidate of choice had been the one to benefit from the unfair system, I’d still hate it, and here’s why: I’ve never cast a vote for president that mattered. I’m 33, have lived and voted in three states, but might as well not have bothered, because of which states they happened to be.

I first voted in my birth state of Hawai‘i, a state so small that there’s never been an election close enough that its votes would have changed anything. In fact, most presidents are already declaring victory before the polls close in Hawai‘i, because it’s so far west and because it’s too small to count for much. It’s also a strongly Democratic state, so the votes I cast there didn’t matter, especially for local-born Obama, who would’ve carried the state against the second coming of Christ, unless Christ happened to have also been (re)born in Hawai‘i. My participation was at best symbolic. It was much the same in California, where my second vote for Obama got lost in the wave of liberal-leaning voters, and finally, in Louisiana, I got to be one of the few trying to keep this very conservative state from electing Trump. The end result was that my vote counted exactly as much here as it ever did in Hawai‘i or California.

I haven’t had the chance to make even the smallest, yet important, impact in a presidential election. And unless you happen to live in a swing state, your votes don’t count for much, either. I’d rather be one in a pool of 300 million that actually gets counted than in the current system, where the accident of your location determines to what degree your vote matters.

I spent the final hours of the last presidential election getting drunk in a friend’s living room, watching network news coverage. I was the least politically active person in the room, the only man, and the only one who wasn’t, by the end of the night, in tears. While the host and my wife talked about the intricacies of voting, how liberal-leaning cities tend to take longer to count votes than rural counties, how this state or that might or might not swing one way or another, I just stared at the digital, interactive map of CNN and MSNBC. The intricacy of the data, the way the anchors or hosts could manipulate the map to impose hypothetical questions, to calculate possible outcomes, was kind of amazing. But at the same time, it was also stupid. Such a complicated way to do what should, in a perfect world, be simple: counting votes. I kept thinking how much I’d prefer a big blackboard covered in tally marks, because in a better world, that’s all we’d need. Without the Electoral College, all we’d need is a tally: how many votes for each candidate. Simple, fair, and apparently impossible for America.