When the shell hits we won’t be ready for it. 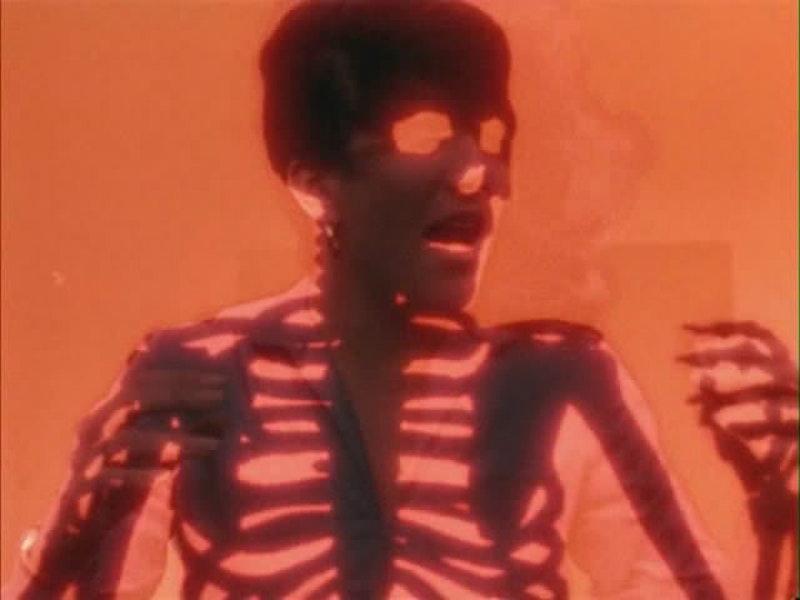 This Thursday will mark six months of Donald Trump’s presidency. Sometimes I still wake up in disbelief. I somehow feel responsible for it—a week before the election, everyone was saying the same thing: “I can’t wait for this to be over.” I didn’t get it: the 2016 election was pyrotechnic, vulgar, nasty, all with the assurance that things would work out in the end: Hot Sauce Hillary would become the first female President, Trump would bitch and whine and start his own cable channel. Tim Kaine’s tweet from the afternoon of November 8th still breaks my heart: “Thinking about my daughter right now. No little girl will ever again have to wonder whether she, too, can be president."

Eight months since Trump won: eight months deeper into unreality and incredible stupidity. I get by with gallows humor, trying my best to enjoy watching Trump suck at being President, safe in knowing that he’s in an enormous amount of psychic pain and that what little life he has left to live will be full of stress, misery, discomfort, and unrelenting criticism. Six months in and the holes in his brain are only getting bigger: “The wall has to be transparent.”

Frank Bruni’s most recent column in The New York Times, “Six Long Months of President Trump” expresses the same exasperated weariness that so many Americans feel, from the rose emoji socialists, to the forever shell-shocked Hillary diehards, to the feckless #NeverTrump Republicans, even to his supposed allies in the Senate and the House that would like to pass this horrible healthcare bill as soon as possible.

Mitch McConnell has finally come to heel as the bitch dog of a President that’s as catty, shallow, and self-absorbed as one of Tina Fey’s Mean Girls. As many have pointed out, it’s hilarious that so many of Trump’s supporters see him as am alpha male savior figure, when he’s a flamboyant queen obsessed with his awful appearance and his place on the high school hierarchy. Bruni asks: “And what, in the meantime, happens to Americans’ already shriveled faith in Washington? Trump’s election reflected many voters’ exasperation with the status quo and sense of permanent estrangement from some gilded clique of winners. He was their pyrrhic retort. How much hotter will their anger burn when they realize they got played?”

He continues: “What happens to a democracy whose citizens not only lose common ground but also take a match to the idea of a common reality? Thanks in part to Trump, we may find out.” That’s already begun: “alternative facts”; repurposing “fake news,” coined by the DNC in the wake of the election; “CNN = ISIS” protests encouraged by Alex Jones and the modified .gif of Trump tackling a pro-wrestling heel that he tweeted a few weeks ago. Bruni mentions a text he received from a fellow journalist that was at CIA headquarters on January 21 when Trump rambled on about inauguration crowd sizes and his “TIME Magazine covers.” Bruni’s friend was blunt: “We’re all going to die.” He ends his column reaching for consolation: “We won’t all die. But suffer? Count on it.” Rather bleak, but truthful.

The election never ended. The only success Trump has had so far was appointing Neil Gorsuch to the Supreme Court, but that was a given under any Republican president. McConnell and Paul Ryan’s AHCA has been submitted, withdrawn, and revised half a dozen times already, and over the weekend another snap vote was delayed by chance: John McCain recovering from surgery. As Alex Pareene said, “The original maverick... he finally came through.” The abhorrent Muslim travel ban is locked up in legal limbo for most of the country, and we’ll sooner see Roger Waters and Thom Yorke sing “Imagine” on stage together in Tel Aviv than any construction on that transparent wall begin.

Everyone invoking the 25th Amendment is missing the forest for the trees: Trump must finish out his term, otherwise we’re stuck with Mike Pence and Paul Ryan, competent ideologues that’ll lurch this country back 50 years or more. Forget about universal healthcare: under Pence and Ryan, abortion may well become illegal. Planned Parenthood could shut down. Dissent will be fiercely and stringently opposed, opponents rubbed out. When the shell hits, we won’t be ready for it. The presidency takes an immense toll on every man that occupies the office, and picturing Trump of sound mind and body in 2020 is almost impossible. If catastrophe breaks out, we’re fucked. The Constitution goes out the window when we’re under attack. Forget about amendments: start thinking about camps. It only takes one rogue with a nuke. I don’t mean to dampen or dissuade people from protesting or vociferously opposing and criticizing Trump, but I fear that we have it pretty good now. I can imagine how bad things can get and I know we won’t be ready for it.