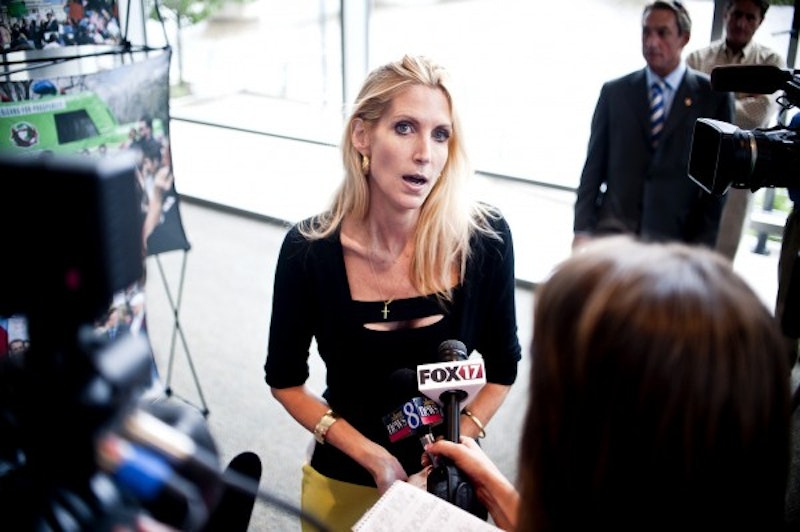 You don’t need a PhD to run for president. You don’t necessarily need to read at all if you can quote Pokémon 2000 from the hip. People will pay attention to you. Not as a serious candidate, but as a cute little absurd joke, a rip in the beige fabric of milquetoast politics, a humorous distraction. Herman Cain, Michele Bachmann, Rick Perry, Donald Trump, and Sarah Palin have their supporters and sycophants, but those who mock them and gaze confused and amused stand as the vast majority. Newt Gingrich just might be lucky enough to be the fix du jour in early January, but yikes, that’s a whole month to balance on the beam, even if he’s ahead in most polls today. I doubt the Pillsbury Dough Boy’s up to it.

So we’re looking at Newt or Mitt Romney as the GOP’s most likely nominees. Clearly people just don’t care anymore. I mean, we did elect a wet-behind-the-ears Senator last time just because he was black and kind of cool. Here are five people who’d make better presidents than Newt, Mitt, and maybe Obama.

1) Bill Maher: Even if not, Bill will be the last pundit standing. He might be electable in 100, 200 years, but we’re still a little too wound up for a proper libertarian with chutzpah. Bill would legalize prostitution, most drugs, retain the death penalty, and preach the kind of brash common sense wisdom that people just get. He’s an adolescent’s dream fully realized, perma-stoned and with a new supermodel on his arm every day. A balanced braggart. If that doesn’t inspire you to be the best you can be, what does?

2) Willie Geist: Willie’s a solid centrist, but his extraordinarily dry wit and boyish, cherubic countenance would do more to endear him to the American people than a million nervous Romney chuckles ever could. He’s like Eric Foreman’s serious older brother, all business on the surface, but ever so eager to just devastate with that sly half-open smile, the one that effortlessly says, “Yes, you are a fool. I have realized this and am besting you.” Sounds like a stock Newt line, but through Willie’s deadpan delivery, it’s just kind of badass.

3) Mitch Daniels: The obvious choice. I suspect Daniels would’ve been anointed as soon as he announced, but instead we got Rick Perry, who would’ve been anointed as long as he never opened his mouth. In an alternate, boring but sane universe, the field is led by John Thune, Haley Barbour, Jeb Bush, Jon Huntsman, and Daniels. Imagine how few precious moments we’d have. You think Jeb Bush would quote the Pokémon movie? That’s why none of the smart ones ran this time around: they can see that most people care more about goofy and absurd gaffes than public policy. Shame. Maybe instead…

4) Michele Bachmann: …consistent, I guess? Proof that a Chuck E. Cheese animatronic robot can make its dreams come true despite all odds. I’m honestly not sure if I prefer Bachmann’s sincere belief in her batshit views, or the cynicism and opportunistic streak of the two frontrunners. Maybe if Ann Coulter is her running mate, but she got on the Cain Train a long time ago, and once you go black, you never go back.

5) Ann Coulter: Okay, fuck it: you know this is what you want, America. Don’t make Ann go all domme and whip you into the polling booth. She’s not genuinely crazy like Bachmann—she’s a shrewd bitch, and I kind of love that. Yes, Ann…tell me how your blacks are better than their blacks. Internationally, you know Ann would get loads more respect than the stiff we have now. Ann’s not boring to watch. She’s compelling no matter the subject. Say what you will about her views and shady cynical maneuvering, she’s got balls, unlike Newt, Mitt, or Obama, and I’m starting to think that’s what we need most these days.