Fenves speaks to pacify, not preach, for his words have nothing to do with the Word or the faith of the university’s founder. 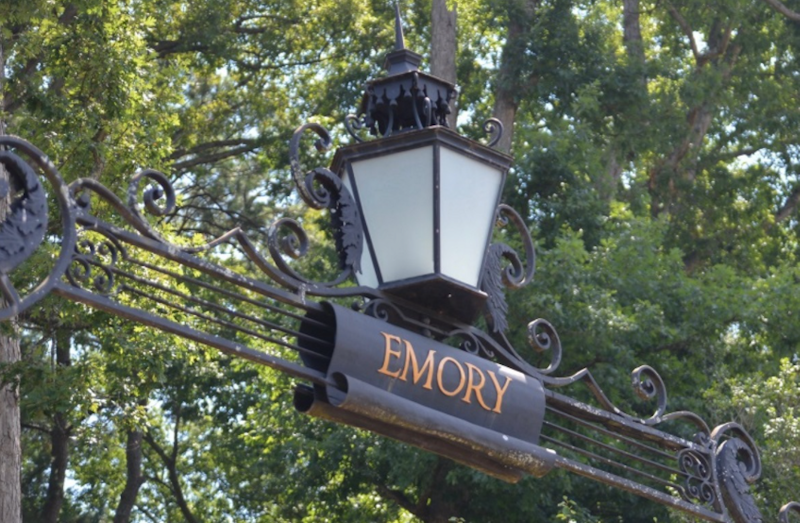 Hotlanta runs cold with cowardice, betraying the spirit of its native son. Fifty-eight summers after a sweltering summer of legitimate discontent, during a march for jobs and freedom, the job of the writer—the freedom of the writer to do his job—is no less secure.

In Atlanta, where Martin Luther King Jr. rests and the papers of Salman Rushdie reside, lies Emory University, the purported guardian of Rushdie’s archive. In the aftermath of the attack on Rushdie, while he lay on a ventilator with multiple stab wounds, during a weekend of lies about his alleged assailant, the university was silent.

Forty-eight hours after the attack, after a tweet about the freedom of students to share their pronouns, the president of the university shared his thoughts about Rushdie. Or rather Emory retweeted Greg Fenves’ tweets about Rushdie, which read like a simpleton’s entry in an online guest book.

Free of context, save Fenves’ description of Rushdie as a fearless defender of freedom of speech, Fenves doesn’t say Emory shares Rushdie’s commitment or that the university is firm in its defense of that which Rushdie represents: the right of the writer to write, free of attacks against his person; free from the pen of redaction and the sword of revenge; free from all enemies, foreign and domestic, who would exact vengeance by repaying words with violence.

Fenves speaks to pacify, not preach, for his words have nothing to do with the Word or the faith of the university’s founder.

Whether Fenves is a Methodist or a Christian is beside the point, because the symbolism of the symbols of the United Methodist Church transcend religion. The cross and flame symbolize pain we can’t forget and truths we can’t forsake, regardless of Fenves’ amnesia or Rushdie’s atheism.

The symbols represent the rights of man, binding together nations and peoples of every language.

Were this not the case, Emory wouldn’t be a university for students of every language in which a translation of a book by Rushdie exists, or a university in which students may read and argue about Rushdie’s Languages of Truth.

In this case, when the torch dies and the trumpet fades, the university also disappears. What remains is a 600-acre preserve for the propagation of ignorance and fear.

To say Fenves combines the two, that what he fails to say says more about the man charged with trying to kill Rushdie than it does about the university whose job it is to protect Rushdie’s lifework, is to say Fenves’s “get well soon” tweet is a disgrace.

Either he knows nothing about Rushdie, or wants nothing to do with those who support Rushdie.

Either the know-nothing style of university politics is a perquisite of power, or a prerequisite for attaining power.

Either way, the result is abuse of power.

Truth is more powerful still, arming every freethinker with the courage of a warrior and the conscience of a writer.

This power, the power to see, arms the outsider with perspective.

The writer who shares his perspective, be it a portrait of an artist or an exile’s portrait of life in the time of acquiescence, defies death.

He’s defiant to the end, not because he has no respect, but because he refuses to respect that which doesn’t deserve respect: telling graduates to do likewise, so they may question everything and take nothing for granted.

So says Salman Rushdie, in his commencement speech at Emory University.