What is Education For?, asks The New York Times

Manufacturing "Americans" from the malleable flesh of toddlers. 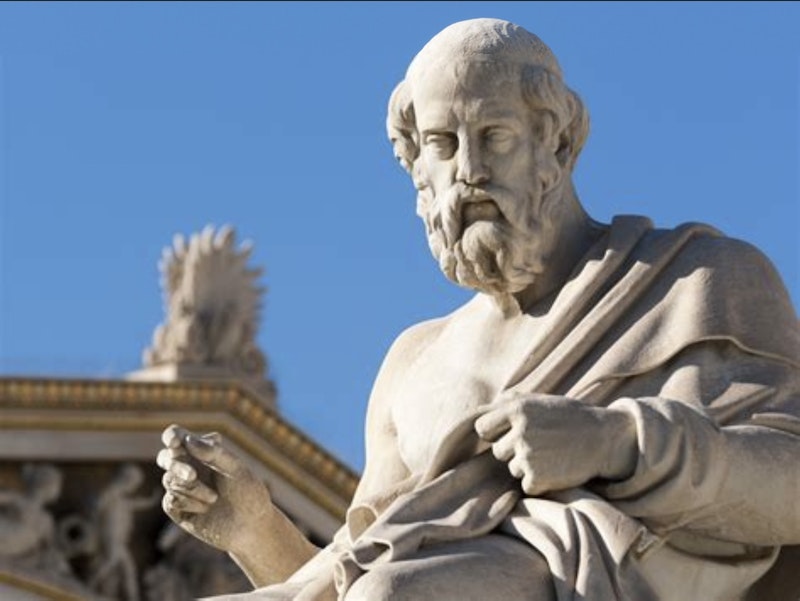 People suck, and the world is quickly going to hell. What can be done? It’s a difficult situation. Things are not going to get better until we get better, but how can we get better? People are hard to transform, so that it appears that our collective difficulties are intractable. Publicly exhorting people doesn't seem particularly effective, nor does showing them by complex reasoning or scientific studies that they'll likely be happier if certain reforms are introduced.

In the 5th century BC, the earliest systematic political thinkers we know—Socrates and Confucius—tried to describe ideal societies. A pointed question put to both men was how we could get from here to their better place, given the flawed materials out of which human social systems are made. In Plato's Republic, the young men Socrates is talking to are initially skeptical that the utopian society he describes is practically possible. Socrates is worried about that too, and indicates that there’s only one possibility: we need to remanufacture the citizenry by education. Or as Heather McGhee and Richard Ray put it in The New York Times's recent flurry of opinion articles about what education is for: "public schools are for making Americans."

Let's make us some Americans! On that, apparently, all are agreed. Agreement breaks down, however, about what exactly we'll be making, when we make Americans out of the malleable flesh of toddlers, and how we'll be making them.

Well, but education is also for "economic mobility," "care" (as in daycare, healthcare, emotional support), "learning to read" (a bizarre throwback article by Emily Hanford), "connecting to nature" (unlikely), "merit," "hope," etc. Confucius thought education could make us 'human-hearted'; Socrates that it could inculcate selfless virtue (if necessary, by teaching lies). Education’s the only way that people can be re-manufactured, and people desperately need to be re-manufactured, they held. Education holds the key to the future, as the cliché goes. That might not really make us fund it. But it’ll make us fight over it 'til doomsday.

It’s silly, when you think about it. The people in charge of making better people are going to be the bad people of today: us, in short. We'll be reproducing all our real values in the next generation, not the values we profess or even the empty glittering abstractions to which the Times is directing the discussion. The basic question for Socrates and Confucius was more or less how a thoroughly-structured and enduring hierarchy of power and resources could be maintained. Teach our children that it's rational and inevitable, was the answer. That’s still the answer, honestly. Socrates and Confucius argued that a main goal was to manufacture people who'd defer to the experts. All Times writers are agreed on that.

I’m a skeptic of the transformative power of education in this sense. I don't think it works. You may consider this a despairing attitude: if we can't make a better future through education, how can we make a better future? I think of it as hopeful, though, because I'm also saying that even if you turned all the children over to me, or over to the ministry of propaganda, there are limits to those little fuckheads' malleability. It just wouldn't turn out the way Socrates is anticipating, where we all end up happily doing what we're told, which is a version of what McGhee and Ray in their article refer to as education's "solidarity dividend," its uninformative function to create social cohesion.

But I don't think education can fully subordinate and re-make human beings. That's why children are the hope of the future: their individual heads will never achieve perfect isomorphism with the systems of power in which they're embedded.

Here's one reason that it's not going to work out: The schools are going to teach our children "who we are," according to McGhee and Ray, and incessantly Biden, and (in particular) what and who we are not, as Americans. But you may have noticed this: the questions of who we are and are not as Americans is contested. Different Americans and different regions of America and different political action committees have extremely different ideas about this.

People at this level of rhetorical sophistication don't want to argue in terms of what we should become in the future, or what policies we should institute: the argument has the form in every case of both or all sides telling each and all of us who we are. And then it proceeds by trying to recreate us as who we supposedly always already were. It's incomprehensible.

Everyone wants control of your children's curriculum, under the delusion that they can by that means control the future. They want to control what's in the library. They want to control the signs on the bathrooms. They want to annex all children's minds to whatever their little vision is, or whatever their passionate political commitments direct. It won't work because there's no agreement on what sort of people we ought to be making, no "America" in this wacky sense.

This "who we are as Americans" thing has got to go. "As Americans, we are all already X" cannot be a reason that we should become X; how hard should we work to create the antecedently existing facts? So try to make sense for a minute. And if I were looking for someone to tell me who I am, qua American or anything else, it wouldn't be Biden or anyone else in his line of work. "Who we are as Americans" is ambiguous, split, chaotic, subjective: both too complex and too contentless to be useful in motivation or in description.

A bunch of manipulative claptrap, as the basis for instruction or anything else. You're telling me straightforwardly that you're here to tell my children who they are. I'm proposing to leave that to them. You have no idea how to do what you're trying to do, which is somewhat comforting. Perhaps learning to read is a more plausible, less disgusting and dangerous goal than manufacturing identities.