Don’t Give Up On a College Education

Employers should value skills, not degrees. 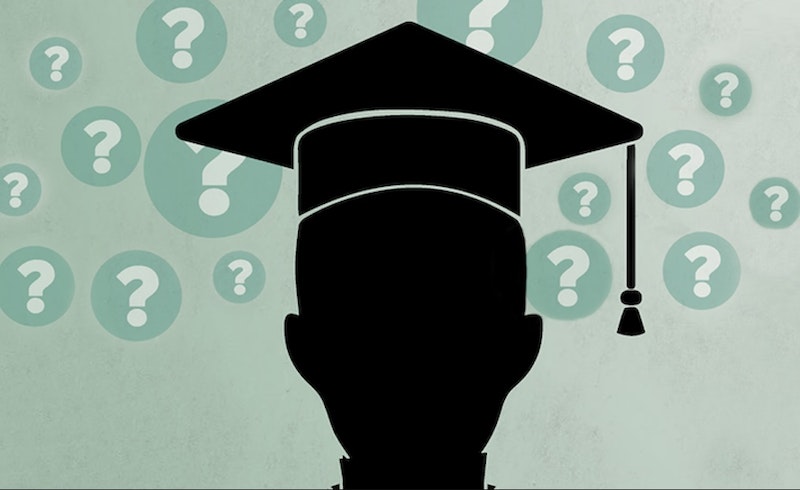 Many problems exist with colleges in the United States. But is the answer to those problems to skip college altogether to become a welder? Probably not. I attended Emerson College in Boston for one year. I went there because its journalism program consistently ranked among the best in the country. USA Today ranked it No. 1 when I was a freshman. Yet, I left after one year for a few reasons. It had nothing to do with grades: I got all As and Bs, was already writing articles for money, didn't learn much, disliked the culture and the long commute. Plus, higher education is expensive.

I felt it was the right decision for me, but won’t discourage people from attending college, unlike many people on the right. Pew Research released a survey 2019 that showed 59 percent of Republicans and Republican-leaners had a negative view of college while 33 percent had a positive one. Around the time I graduated high school, Georgetown University put out a study saying that college graduates earned, on average, $1 million more than high school grads over their lifetimes. That aligns generally with earnings data available in this country. Higher levels of education tend to mean higher career earnings.

And while tradesmen have important and respectable jobs, that doesn’t mean it’s right to discourage everyone from attending college. There probably are too many kids going to college based on the dropout rates, the number of students who don’t use their degrees, and the high debt some face.

The average welder earns $43,639 annually; the figure is higher in the Boston area—which has a ridiculous cost of living. But even a public school teacher’s average salary is $55,144. That’s a position that many people say is too low. Working in a physically demanding job like a trade or construction can negatively affect the body as one ages. Plus, many probably prefer working in an air-conditioned space in the summer. So while colleges with shockingly high prices and the usury system in which our country operates may feel like a sham, the answer is that more needs to be done surrounding issues of education and employment.

The cost of college needs to drop. That includes cutting bloat—like administrative staff, athletic programs that annually lose millions of dollars, and not constantly upgrading facilities—and eliminating classes that have nothing to do with the major. It may also include more online learning and using the internet to create free programs. Plus, a state-level endowment tax below one percent on just Harvard and MIT could fund free community college in Massachusetts. That sounds good to me—especially if the federal government repeals its existing endowment tax.

Excessive liberalism in higher education is another issue. But college isn’t the only thing worth fixing. The trades also have drawbacks: mostly, occupational licensing. States make it unreasonably hard to work in some professions. Many states lack universal licensing recognition, meaning a work license in one state may not work in another. Recent state bills make accommodations for military spouses. That’s great, but why not extend that same principle to everyone?

The process of becoming licensed in many jobs is absurd. Why does one need to go to 1000 hours of schooling and spend over $10,000 to become a barber? Half of the European Union countries and the United Kingdom don’t have that requirement. The UK government tells people "You could get into this job through: a college course, an apprenticeship, working toward this role, freelance work.” Notice the country doesn’t list: 1000 hours of trade school.

Credentialism excludes many talented applicants from jobs. Employers should value skills, not degrees. Some people dislike traditional schooling and prefer different learning methods. And for others, cost and life commitments are barriers. In 2020, the federal government shifted its hiring policy to value skills over degrees. All government entities should do this—eliminating needless degree requirements—as should the private sector.