Each political side having its own set of facts is not just bad for public debate—it leads to violence. 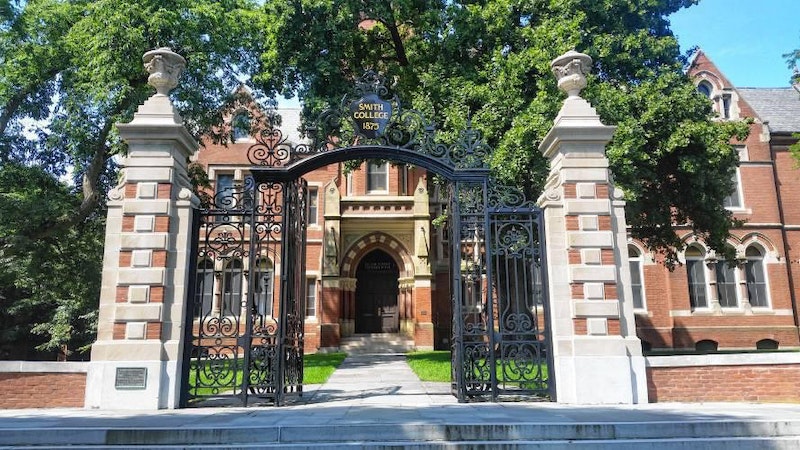 In his recent article for The New York Times about a racial controversy at Smith College, Michael Powell wrote, "The story highlights tension between a student's deeply felt sense of personal truth and the facts that are at odds with it." It's scary that factual truth now has to compete with "personal truth," which is also known as an "opinion." If someone feels something "deeply"—like the younger, East-Coast-educated staffers in the Times newsroom who exercise veto control over op-eds—their feelings must be respected. Outrage means you always win, even if you're wrong.

The student at the center of the Smith college controversy won, even though she falsely accused two Smith employees of racism on Facebook. But everyone's entitled to their own reality now that the Rashomon effect's become the political norm. Joe Biden got seven million more votes than Donald Trump, but millions are sure that Trump won in a landslide because they're going by their own set of "facts" supplied to them by the ex-president, a serial liar, and the GOP leadership that he's cowed into submission.

If you believe that Michael Brown raised his hands and said, "Don't shoot" in 2015 in Ferguson, Missouri when he actually tried to take the police officer's gun from him, you'll have Democratic Party leaders like Kamala Harris and Elizabeth Warren telling you that the cop "murdered" Brown, even though the DOJ's determined that "Hands up, don't shoot" is a lie, which even Vox admits. Having a particular "lived experience" allows one considerable leeway in interpreting reality, and if thinking Brown was a gentle giant makes people feel good, that's all that matters. They can think of "Hands up, don't shoot" as "symbolically true."

Commentators bemoan political polarization, but we're beyond that now. Society's fractured to the point where both sides work with a separate set of "facts." This is the age of "feelings." Believe something with enough conviction, and it’s true. But what the other side "feels" isn't factual, because they're on the wrong side of history, or they're libtards brainwashed by their socialist leaders.

We got a glimpse of the rupture Trump caused when his foot soldiers stormed the U.S. Capitol on January 6. These anti-patriots reside in a parallel reality stocked with manufactured facts like all the Dominion voting machines were "fixed" for Biden.

The upcoming trial of Minneapolis police officer Derek Chauvin for the murder of George Floyd could pit progressive "facts" against legal factuality, which may produce disastrous results. Chauvin's already been convicted without a trial by much of the country, and the jury must concur under the implicit threat of violence in the streets all over the country once again. Floyd tested positive for the coronavirus, and he had fentanyl and methamphetamine in his system at the time of his death, but you won't see much discussion of these "Republican" facts in the media, an omission that will up the shock factor if Chauvin gets acquitted of second-degree murder.

Progressives will assure you that Kyle Rittenhouse, the teenager facing criminal charges for fatally shooting two men last summer in Kenosha, Wisconsin, is guilty of premeditated murder, even though there are a number of facts indicating that he acted in self-defense. The fact that he carried an AR-15 to a "mostly peaceful protest"—mediaspeak for "violent protest"—means to many that he went there to shoot people, which is clearly not true.

One arena in which the "dual set of facts" is taken to an extreme level is the transgenderism debate. Twitter suspended a self-proclaimed feminist woman for tweeting "women aren't men," even though that's a popular belief. Many progressives don't want to stop at saying that their "facts" on this matter are the only correct ones; they want to stop anyone from even mentioning their own facts in public. In the U.K., police will come to your home if you tweet an "incorrect" opinion on the topic of transgenderism. Some facts have law enforcement on their side.

Once you put deeply held beliefs on par with facts, holding the republic together becomes challenging, as having a conversation becomes impossible. The ability to empathize with your political opponents is also compromised, because there's no common ground to serve as a foundation for understanding. Disagreements are often "won" by the party who's able to make the case that they're a victim. Trump called himself a victim for four years, which was the perfect setup for claiming the election was rigged. The Smith College student victimized two people with false accusations of racism, but she was able to play the victim role to the point where she forced the college to set aside separate dormitories for minority groups.

Each political side having its own set of facts is not just bad for public debate—it leads to violence. When people think they were robbed of what they're entitled to, whether it's an election or a jury verdict, they can get very angry.