No to Student Debt Forgiveness 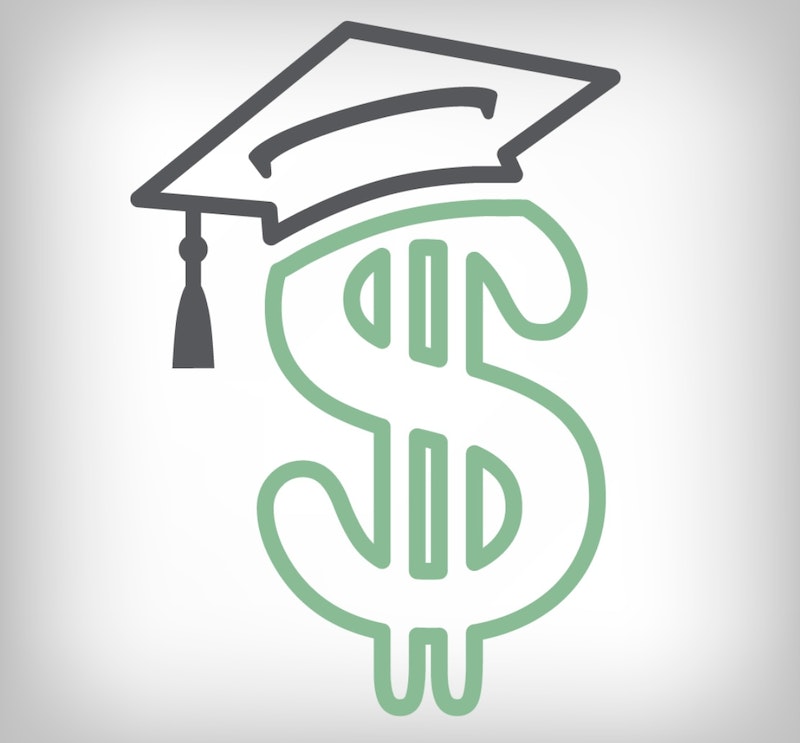 Hardly a day goes by without seeing or hearing a news report about “student loan forgiveness.” Whether it’s President Joe Biden, Senate Majority Leader Chuck Schumer, or some other liberal, the stated reason for wiping away someone’s student loan debt is to help the borrowers have more money to make ends meet. I understand that. People paying x amount of dollars to a student loan provider every month would have yamount of dollars throughout the year to spend on what they need or want. I’d benefit from the erasure of mystudent loan debt. Still, it’s not the responsibility of you or anyone else to pay for my education choices.

I graduated college in 2004. I didn’t go to a prestigious college or private school. Like a lot of people, I went to a community college and a public university. Nearly 20 years later, I’m still paying off my student loan. This is due to my decision to take advantage of income-based repayment options over the years that sometimes involved me not being required to pay anything in to my loan provider. Around 2010, I changed jobs and became the only person in my household earning money outside the home. Because we were making it on one paycheck, our taxable income led my loan provider to say that we didn’t have to pay in for a period of time. I used that time to pay off other debts while trying to put money into savings.

Today, I’m making more money than in 2010, and as a result, my loan provider now wants me to pay them more. On paper, I may be wealthier, but I have other bills today than I didn’t have 10 or 15 years ago. There are times that I struggle and wonder where I’m going to get the money. This is part of the reason I write freelance articles. I’m using that money to pay down my loan. That is what I decided, seeing as how it was my decision to take out a student loan. I knew that I would be responsible for making the payments, and it was my decision not to scrounge up something and pay down the loan when I wasn’t required to make any payments.

Our government shouldn’t throw more debt on the backs of taxpayers to “forgive” student loan debts. Legislators saddled us with more debt to help people affected by the government’s response to the pandemic. It’s not the government’s responsibility to forgive student loans, as there’s nothing in the Constitution that says, “The government shall pay off someone’s education.” Meanwhile, corporations and wealthy Americans already pay plenty of taxes to fund other items on political wish lists. I realize that Elon Musk, Jeff Bezos, and Oprah Winfrey are some of the wealthiest people in the world, but it’s not fair to make them pay for what I wanted or needed, especially when it was made clear from the get-go that the student loan was my responsibility.

Others who’d be unfairly hit by student loan forgiveness are those that saved for college or workedto pay off their debt. They’ll get nothing from what Democrats are pushing in the way of student loan forgiveness. I was having a conversation recently with Jonathan Butcher of The Heritage Foundation, a center-right think tank headquartered in Washington, D.C., when Butcher made a similar point: "What about those who did save up? What about those who did save money in a 529, or who did save money in a savings account or who did borrow money from family without interest to pay their loans? What about the Americans who wanted to be responsible, and what does this say to them?”

It says, “You should’ve waited and let the government take care of you.” That’s the problem. The government needs to debate and legislate issues that ensure we can live, but it’s up to us to be responsible and make decisions for our own lives. America is a self-made nation, one that left a government that thought it knew better and told us what to do, no matter the cost. Today’s politicians don’t consider the costs. They should instead consider ways to make college more affordable. They must also recognize that college is not necessary for everyone. Depending on your interests, community college and/or trade school may be the right path for many. Citizens are responsible for their choices.