People with opinions like Queally keep great faculty off campus. 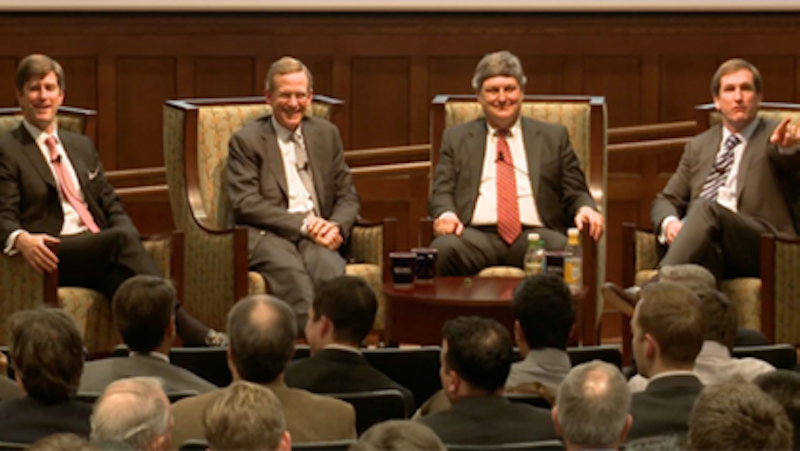 A few weeks ago New York’s Kevin Roose published an excerpt from his book Young Money: Inside the Hidden World of Wall Street’s Post-Crash Recruits, and in the preview we learn about Paul Queally, a member of the board of the University of Richmond who made some off-color remarks about race, class, and sexuality at an induction ceremony for the ultra waspy Kappa Beta Phi fraternity. Are we really surprised that a super rich white guy had some crazy-ass stuff to say about all the rest of us?

The scariest thing about his remarks isn’t that he said them and got caught, because there are all kinds of people saying insensitive things when they think the mics are off. He was just being real, as sad as it is. What’s troublesome is that this is a person who sits on the board of a University that is committed to diversifying its student body and faculty, and I guarantee you there are Queallys on every university board in this country.

And it’s people with opinions like Queally that keep great faculty off campus.

On the way up to tenure, new faculty and especially new faculty of color are expected to be all people to everyone, always. They have to be visible on campus, advising students, serving on committees, teaching and prepping a full load of courses, sometimes doing administrative work while also managing their scholarly profile by working on that book or those journal articles. Once you get your first paycheck, and if you’re lucky it’s a nice one, you’ve got six years to get it together and present your full tenure case.

But also, you could be out of a job in six years. That’s why tenure denials are the worst, and I don’t even have a tenure-track position so I can’t speak from the inside. Frankly the whole system/rat race is so bleak that I’m not sure it’s for everyone. It seems like every year a faculty member who everyone loves is denied tenure for absolutely no reason. Students and faculty protest, petitions are sent around campus, lawsuits are filed. Then the story gets national traction. I can think of more than one tenure denial story that went live this school year alone, including one at a highly rated liberal arts college in the Midwest.

Before this Paul Queally scandal made the news I hadn’t fully considered the implications of a conservative person who steers and funds a university’s direction. Donors and university board members have a lot to say about the shape of their alma maters, so the question becomes what happens when a donor’s—and I’m talking anyone, not just Queally—political beliefs don’t line up with the goals of a particular campus.

When people with conservative ideas have a say in a faculty member’s tenure case, where does that leave academic freedom? What if a board member or any other higher-up just doesn’t like your politics? Or what if this particular board member is homophobic or maybe not even homophobic but doesn’t see the value of research in gay, transgender, women’s studies or other cultural studies?

So I find myself questioning tenure, a system meant to provide full academic freedom and a guarantee of academic employment if the scholar’s ideas line up with how a removed board (and in some cases removed scholars) thinks about the world. Does this make sense to anyone? It does if your last name is on a university building.