The Curse of the College Essay

I had no choice but to push myself. 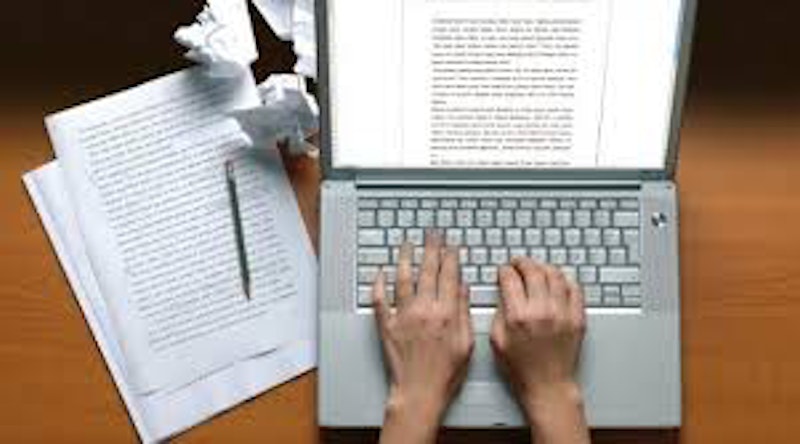 In every American town, anxious 18 year-olds are sitting down and typing up college application essays. They’re desperately trying to figure out how to craft their ideas of themselves into something noteworthy and deserving and indicative. There are the generic questions, from the common application, which ask students to explain how they have overcome obstacles. Questions about identity. Questions about academic interests. Questions about what kind of courses students would create for themselves (a way of out-sourcing the new-class brainstorming sessions among professors of various disciplines).

For the last two decades, juniors and seniors in high school have been concerned with the college essay. As college acceptance became increasingly competitive, and tuition skyrocketed, the pressure on teenagers has intensified. AP course credits, top grades, extra-curricular activities, involvement with sports, and community service. In 1997, as a junior in high school who was thinking of applying to liberal arts schools with low acceptance rates, I began to think about my own college essay. My grades were good, but not nearly as impeccable as my older brother's. I couldn't deal with science classes, so there would be no AP Biology for me. I'd stopped participating in fall or winter sports after sophomore year, when my all-too-brief basketball career ended in sloppy, out-of-shape misery. But colleges might’ve seen my involvement in drama and singing groups, and lumped me into the "maybe" category. The paralyzing pressure to stand out, to show how exceptional you are, to display proof of your worthiness, that you belonged at that elite campus, that bastion of higher education where "future leaders were made," it was so all-encompassing that I indeed became paralyzed at times. A child of educated parents, and a mother with great expectations... I had no choice but to push myself.

I wrote about losing friendships in elementary school. About choosing to be an individual who stood up for what I believed in and paid an adolescent price for it. About choosing the road less traveled, the one with the crazy drummer, and the dropouts and the poets and the anarchists and the hippies and the philosophers. Except I kept the story in elementary school, on the asphalt playgrounds, where I was always attempting to gather classmates into games, where the best players had to be evenly distributed among the two teams, a rule I'd learned from my older brother. The ultra-competitive two-hand-touch football games at 7:30 in the goddamn morning, when beleaguered nine-year-olds were staggering toward the doors of the red-brick elementary school in Arlington, Massachusetts. These games that were not games at all, but physical, social, and psychological exams.

I wrote about being Jewish. We lived with my mom, and were Jewish on certain days of the year, the noticeable holidays in September, when everyone else was in school and I was conspicuously absent. We spent weekends with my dad, who grew up as an altar boy in the Episcopal Church. My brother and I were half-Jewish and neither of our parents grew up around Catholic or Protestant Boston. My mom was from a suburb of D.C. and my dad was from West Virginia. I was always outspoken and social, good at school and sports, so it wasn't surprising that I had to reckon with a sense of identity early on. Still, I rarely made easy choices. I had trouble sleeping, and was overly concerned with how everyone would react to anything I did. There was a year where I remember lying in bed late at night, feeling as if my breathing was getting shallow, like I was slowly, and fatefully, running out of air. I wasn't able to unplug.

I was the kind of kid who probably needed a Tibetan Singing Bowl (for meditation) or Xanax, or would’ve self-medicated with weed as a 13-year-old if I was left to my own devices. It was as if I was running a political campaign against myself. Yet, I refused to be false, which just made life difficult. I started thinking about a sense of self at a young age, when some kids are unaware of the finger that is stuck in their nostril, or of farting in class. I was aware of too much, of how much straight-up cruelty was being tossed around in class and on the playground especially.

Fast-forward six years. Now as a 17-year-old who’d been exposed to creative writing workshops, I had a deep reservoir of thoughts and emotions to untangle and attempt to articulate in a college essay that was asking me to be honest and personal.

This is the toughest thing for teenagers today to write about: the deeply personal. In modern American high schools, so many teens deal with extremes: helicopter parents, tiger moms and oblivious dads who may never be satisfied with their efforts or who are overtaken with their own anxiety or parents who are either absent, self-absorbed, or too busy with multiple jobs or multiple other children to spend enough time to even get to know their children. Private schools, where anxiety about honors math classes starts in eighth grade. Public schools that offer little more than walls, uncomfortable seats and low-graduation rates. Our most educated citizens have stopped having large families, if they choose to have families at all. So many of our children are raised either to think of themselves as the center of the universe or as close to invisible.

I've seen it in public high schools and in years of tutoring to all socioeconomic levels of society, from poorly run Boys and Girls Clubs where tutors are paid a little something to work with the underfunded, undernourished population to the extremely wealthy, the private school population in San Francisco and the Peninsula, south of the city, where the fathers work for Apple and the majority of the mothers take care of the children and their needs. The pressure is there on both sides. The obstacles are great on both sides. Now take that child. Have that child write about who they are, where they're going, and why they belong in that little bubble of privilege that may lead them straight into a crater of debt from which they may never emerge. If they don't get in, their bubble will burst sooner. If they do get in, their bubble will burst later. Either way, it will become deeply personal.

—Find Jonah Hall's writing at www.darkoindex.com and on Twitter: @darkoindex