Princeton freshman is told to “check his privilege” on multiple occasions, writes essay, is indignant. 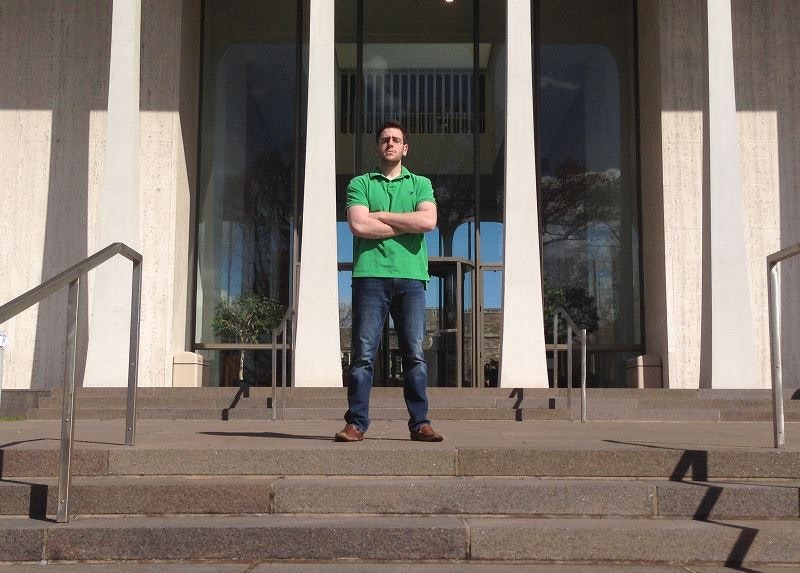 He’s 20, he’s white, and he’s a freshman at Princeton University.

According to the ethnic and feminist studies college students and professors who frequently and vehemently complain that this country is steeped in racism and sexism and is only fair and just for white, heterosexual males—

It is. “Only” is an exaggeration. Being a straight white male is point zero; it’s the default. Every other variety, flavor, genre of person has baggage. No need to list it all here, everyone knows or can guess. Really, if you have to ask? Moving on:

He is the poster child for so-called “White Privilege.” His name is Tal Fortgang, and just eight months into his Ivy League experience, he’s been told on numerous occasions to “check his privilege”—a phrase that has taken social media justice campaigning by storm.

So Tal Fortgang goes on to complain about being told to check his privilege as if he were writing a State of the Union address. Red flag #1. “There is a phrase that floats around college campuses, Princeton being no exception, that threatens to strike down opinions without regard for their merits, but rather solely on the basis of the person that voiced them.”

So dramatic! And wordy. Cool guy. “‘Check your privilege,’ the saying goes, and I have been reprimanded by it several times this year.” The sticky thing is that Fortgang never tells us which of his opinions got him those putdowns. The catchphrase is silly and almost as weightless as “KONY 2012” was, but dudes, “misandry” (misogyny but this time with men) is not a problem and not something we have to worry about. The picture of him trying hard to look righteously indignant with arms crossed is completely ridiculous and reminds me of that idiot that started the White Student Union at Towson University in Maryland. Just completely pathetic.

Fortgang “condemns” those who called him out “for diminishing everything I have personally accomplished, all the hard work I have done in my life, and for ascribing all the fruit I reap not to the seeds I sow but to some invisible patron saint of white maleness who places it out before me before I even arrive.” Again, where’s the full story? Presumably, if Fortgang had any ground to stand on, he’d go into detail about those opinions of such merit that offended his classmates. Instead, he talks about his ancestors and parents, detailing the immense struggles they faced as refugees, immigrants, and concentration camp victims. He found out all this stuff online for the article he wrote. He talks about his father’s work, and how he comes from modest means. “The wicker business just isn’t that influential. Now would you say that we’ve been really privileged? That our success has been gift-wrapped?”

That’s not what the phrase “check your privilege” means. “Privilege” does not necessarily mean financially privileged. It’s the privilege of being a straight white man in a world built by straight white men, with straight white male parameters. It’s existential privilege. Fortgang writes with his chin in the air about the “privilege that my grandfather was blessed with resolve and an entrepreneurial spirit, and that he was lucky enough to come to the place where he could realize the dream of giving his children a better life than he had.”

Cry me a fucking river and get to the point, dude. Your ancestors have nothing to do with this. What did you say? I really want to know because he could be completely justified and unjustly called out but I really doubt that’s the case since he doesn’t divulge these opinions. His tone is so off-putting and typical of those “men’s rights” trolls and libertarian armchair revolutionaries that try to sound like Thomas Paine but invariably read like obnoxious toddlers throwing tantrums.

There’s this whole “how dare they!” attitude that is just so suss when he refuses to explain whatever things he said that got him “reprimanded” so many times. Obviously, overzealous “moral crusaders” exist, and in high concentration on college campuses, but the notion of “checking your privilege” is basically just humbling yourself, recognizing the existence of different perspectives from people born with parameters (ethnicity, gender, sexuality, disability) that give one an inarguable automatic cap in our world. If you can’t see that, then you’re just not paying attention.