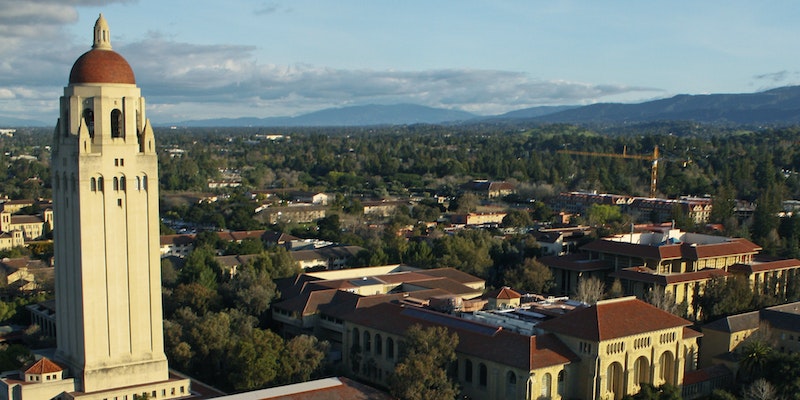 Stanford University will be divesting its $18.7 billion endowment of coal stocks. The announcement, which came last Tuesday, marks the first major success for the nationwide push for colleges and universities to stop investing in fossil fuels. The decision was made after student activists pushed the board of trustees to reexamine the University’s investment portfolio. A group of board members, alumni, faculty, and students worked for months on the decision.

There are hundreds of student-run groups pushing their schools to lead the fight against climate change by freezing environmentally irresponsible endowment investments. But how much of a difference will this really make? Coal companies make up only a small percentage of Stanford’s investment portfolio and the board will not be reviewing investments in any other fossil fuels. However, Michael Wines of The New York Times, writes, “The trustees decision carries more symbolic than financial weight,” adding that other institutions will be pressured to follow suit.

The decision is well-timed following a week of bad press for Stanford’s east coast rival, Princeton University. Freshman Tal Fortgang wrote an article for The Princeton Tory vowing never to apologize for his white privilege. The article made national headlines, eliciting angry backlash all over the internet. Earlier this year we heard the infamous “Princeton Mom” telling young women to spend 75 percent of their time in college finding a husband and that rape is the victim’s fault.

It’s been a bad year of PR for many prestigious institutions. Brown University suffered bad press after students and alumni protested a speech by Raymond Kelly, the New York Police Commissioner who implemented the controversial “stop-and-frisk” policy. Students at Brown protested again last week after it was announced that the University is allowing a rapist who choked his victim back on campus after a mere one-semester suspension. A total of 55 colleges and universities across the country have been identified in a report by the Department of Education for failing to comply with Title IX in reporting and responding to complaints of sexual harassment. The schools are under fire for lack of appropriate punishment, in one case forcing a victim to remain living in the same dorm as her attacker. Rapists were given minimal punishments, including community service and therapy, while others got off without punishment.

In this maelstrom of bad press and ugly revelations, Stanford’s forward-thinking announcement feels like a breath of fresh air. Many of our country’s universities are stuck in an ugly past where rapists get a slap on the wrist, college women are told to find husbands instead of study, and entitled students who’ve been afforded every privilege complain when they're asked to recognize their advantage. In contrast, Stanford has assumed a leadership role.