You and Your Shitty Open Classroom

Mrs. Krauss, you were a bum. 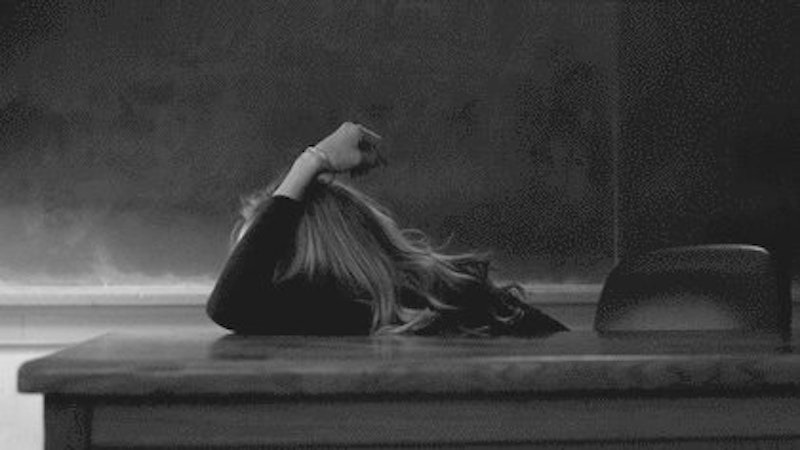 I think back to my teachers and they strike me as shitty people. Not classic classroom bullies as in Dickens, with the shouting and the book throwing. But crumbs. Flecks. Frauds. Flimsy people who were too gutless to face up to how they betrayed their duties and lived a lie.

These teachers would be the ones I had in fourth and fifth grade, when I was eight, nine and 10. Earlier on I was taught by veteran ladies who knew what they were doing, and who showed decent amounts of kindness and heart. Later I was taught by 30ish and 40ish lifers who just wanted to get the job done and have their coffee. But in fourth and fifth grade I was taught by young rookies who thought they were shaking things up. America was going through an open classroom fad. Later, as an adult, I read about this in a magazine for teachers, and apparently the episode is recognized as a feature of the period. Schools rushed into the open classroom experiment because that was the thing to do. The result was that they botched it, but that's the late 1960s for you.

For me, the worst thing was that the adults made you pretend they weren't screwing up. Thinking back on 18 years of public education, I don't find too many cases of pissy rudeness on the parts of teachers. But the cases that are there tend to fall in the open classroom period. I had teachers snap at me the way a woman does when you confirm that her skirt makes her ass look big. They were touchy.

Consider Mrs. Krauss (as I'll call her). She was old, the only veteran to be part of the open classroom team, and she looked like a voodoo doll. She seemed perpetually irked. Officially, the word was different. “She loves the energy,” one of the young woman teachers assured a visitor, also a young woman; Mrs. Krauss was plowing ahead of them, plunging into the tumult of children discovering their minds.

She said just one thing to me the whole year that I knew her. “Are you posing for a statue?” she asked—snapped, really—one afternoon when swinging past me. I was standing still and that's what bothered her. Presumably a stationary kid might also be a thinking kid, and freed-up education is supposed to encourage thought, as opposed to rote behavior. But Mrs. Krauss had other concerns. Noise and tumult were easy ways for her to tell that something was going on, that the process was taking hold. These things must be freedom, and it was the job of the kids to provide her with a healthy supply whenever she passed through the room.

Adults make kids put on shows for them. The classroom teachers of old, the bad ones anyway, made kids put on a show of obedience; my open classroom teachers required a show of spontaneity and enthusiasm. The lesson I draw from this continuity is that most human belief is frosting atop the ego's thick, undying need to make sure that all is comfortable for it. The secondary lesson is that the big, in pursuing this comfort, will always bend and crowd the small, and that while doing this they will talk a lot about their high motives.

When I got to high school, it turned out one of the teachers there was Mrs. Krauss' son. He had a shaved head and he giggled, and he looked very old to be wearing a buckskin jacket and saying “man.” At some point he was no longer at the school, and students told each other he'd been caught leading kids in the idiocy of a pot-smoking session in an empty classroom. On the whole, he was considered addled but harmless.