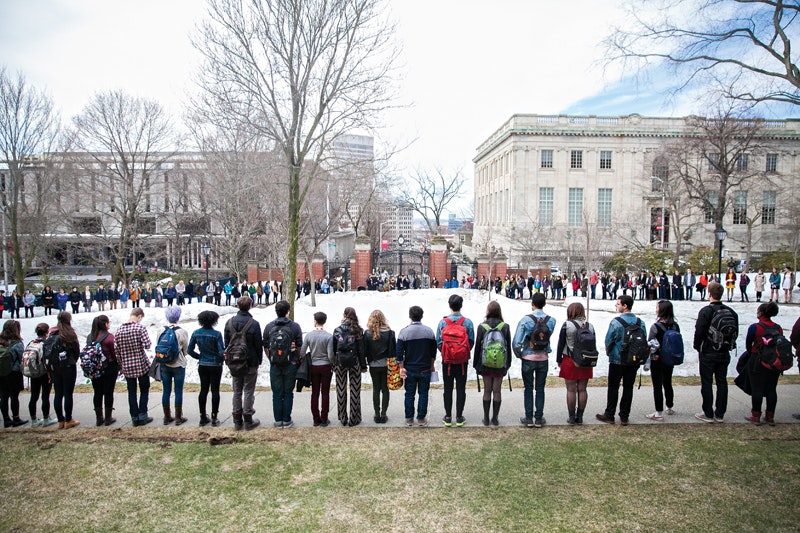 The race between PC and non-PC voices is shaping up roughly as follows, as I think even honest left-liberals will admit.

The non-PC forces gently, cautiously mention something that is true, or that has at least a grain of truth in it, and the PC forces (who are by now the establishment) fly into full panic mode, barely having time to summon any facts in favor of their own position before demanding apologies, shame, and the assurance that no one will ever again broach the forbidden topic.

That’s no way to pursue knowledge. It’s a fantastic short-term strategy, though, for keeping up appearances and shaming people into pretending to believe the standard party line. Everyone—everyone!—is kept on message for one more paranoid, insecure day.

And so, much as I hate to keep bashing my alma mater, I must note Brown University’s main campus newspaper, the Brown Daily Herald (BDH), dared to run two opinion pieces—just opinions, mind you—suggesting (1) ethnic diversity is partly rooted in biology and (2) Native Americans were net beneficiaries of colonization. We all realize the first point—sometimes called “human biodiversity” (HBD)—can have pernicious effects when exaggerated, but that doesn’t exactly make it false. And the second point is one with which I mainly disagree—better trade than conquest, always—but you don’t see me flipping my lid at the suggestion, since intellectuals are supposed to discuss things, not flip lids.

Instead of a friendly debate, the real result in our guilt-wracked era is of course a subsequent angst-ridden apology from the BDH editorial board, pointed out to me by Brown alum and former BDH opinions editor Adam Braff.

The editors belatedly realize, apparently, that the ideas proffered in the columns are not merely wrong but have “no place in our paper or community.” The editors want the Brown community to be assured they are “also cognizant of the continued confusion and hurt our actions created.” The editors will take every step possible to ensure no such outbreak of forbidden or reckless ideas ever happens again, and they vow to hire more non-white staff members to boot.

Now, maybe in this case, the editors—young and still learning, after all—were a bit careless. Maybe the columns, one of which used cattle breeds as a metaphor, were over the top.

But does anyone really think at this point that institutions of higher learning are evolving in the direction of ever more open inquiry, ever more daring debate? Isn’t the ideal elite university, as they and their student bodies now conceive them, a place where no one rocks the boat or upsets anyone? Isn’t this how knowledge dies—and how more often than not, corrupt establishments, not the weak and marginal, yield most of the benefits of the stagnation?