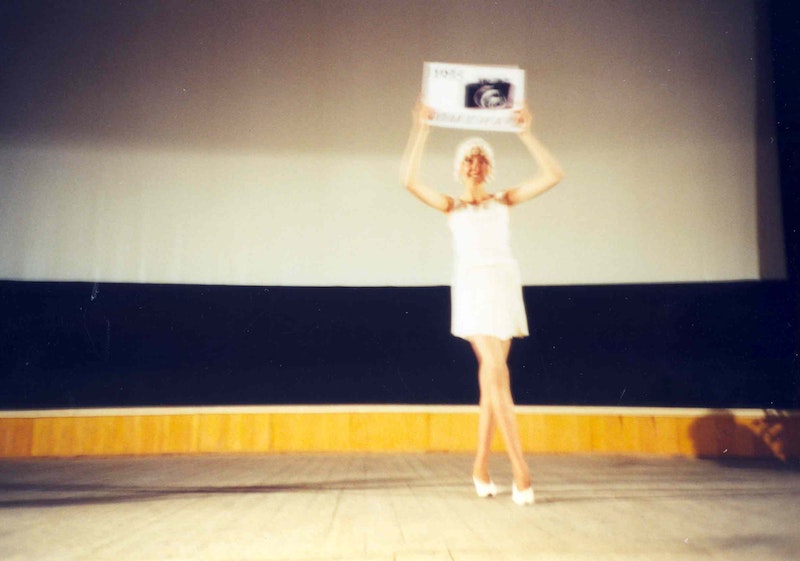 As a service to all of the Human Host patrons and supporters who have recently headed back to college, and to all those curious about the academic interests of our college-aged fans, the educational advocacy branch of the HH organization is proud to present this very special sneak peek at the open courses available at your internationally-accredited Microbianoid community university. HH would be nothing without the disciplined support of an excellent Microbianoid education, so we hope you'll give this a good look and take a chance on the wonders of learning via the time-tested, God-injected, religion-approved, Microbianoid method:

Chowder Magic is two things in one: a general philosophy for denying systems, and the beautiful means to illegally create anti-systemic cathode rays with ground up tiger brains from Transistoria. This course places an extreme focus on the balance between unholy pantomime and feline conspiracy—two bi-products of the anti-system infra-blob. We will follow the misfortune of our own semblance while it does a bang-up job in the trauma scars of a hamburger. We then complement it with discussions on bloodless drain munching and lunar heroin. The most advanced topics explored here include socks, Clarence the Flying Goat, paternal arcana, glorious crickets, and the various stages of a saint's emblematic decomposition.

777 points. Whenever (mind your own business, trunk face!)

Is it hot 'n' spicy when Goliath changes his opinion on equitable justice? What strands of crypto-physiology separate glamour from the invisible? Are all boundaries gooey? Is the source of populist color due for a linguistic overhaul? How is the lack of adequate proto-vapor related to The Oceans of Mustard? Does the dream crystal project faith stems for a spinning paradox? What is the difference between a spinning paradox and Pandora Arbuckle? How should we go about deciding what to do with a case of uncontrollable sympathy? In this seminar, among other things, we'll analyze some of Gary & Lisa's most fan-friendly approaches to Quixotic demarcation including angelic, solipsistic, ornithological, and improvisational topography. These will be considered from a non-moral standpoint and applied carefully as the instructor and its assistants attempt to tame their shared insecurity in a special way, a.k.a. zombified code cracking.

This seminar offers a romanticized introduction to the backward force throttling of language—an activity with the aim of bringing high illiterates up to speed for the benefit of some ragged fairy tale pilots' carbo-union. Pivotal works by drunken ogres will be studied with the help of specially designed course aids, including psychotic telepathy and good luck. Potboilers that reduce language to its root nothingness shall dominate the course which will last no less than four hundred and twenty-seven years—the incubation period for claustrophobic sharktipillars and all similar politically charged half-breeds. The syllabus will detail class discussions on such related issues as: